Tropical Storm Leslie hit Newfoundland on September 11, 2012. Leslie was discussed in the earlier post by Paul Beckwith. The NOAA image below gives a 5-day forecast of Leslie's continued path along the coasts of Greenland and Iceland. 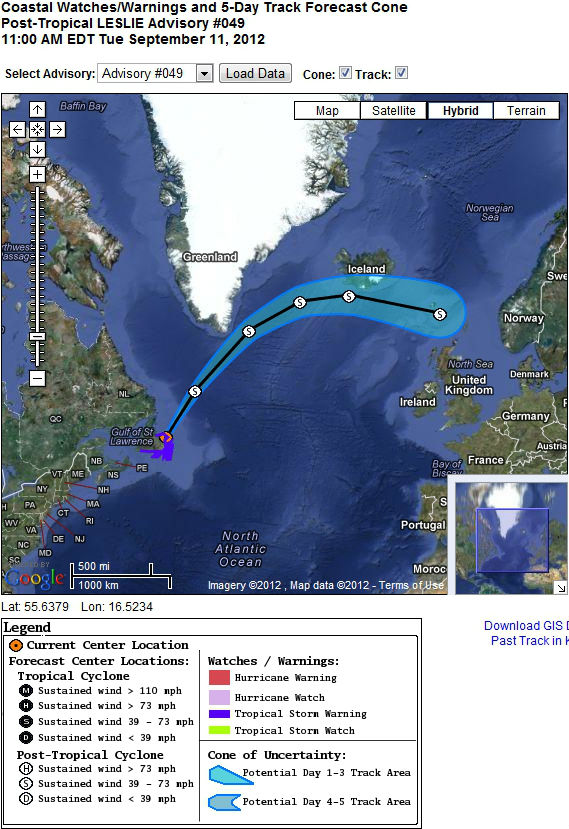 That may keep Leslie just out of the Arctic Circle, but this path does make it enter the Arctic Region, i.e. the area where temperatures in the warmest month used to remain under 10°C, or 50°F, as illustrated by the map below. 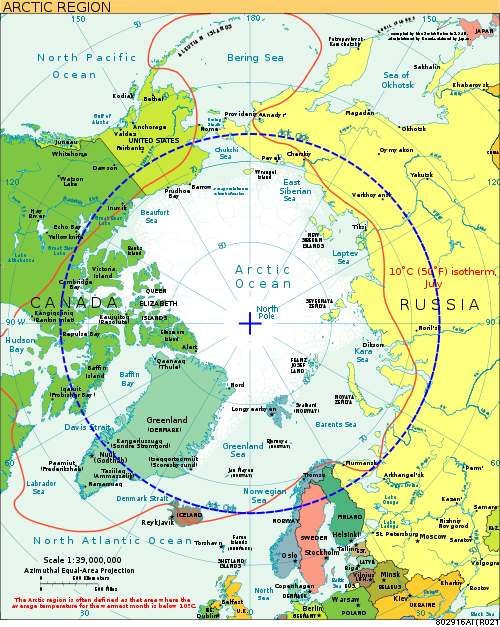 The image below shows how Leslie's impact on air pressure. The image below is part of a series of images showing how Leslie causes a low pressure area (compressed isobars) that then propagates over the Arctic ocean region. See further images at the Polar Meteorology Group at Ohio State University.

This low pressure region can also be tracked in the 9-panel GFSx forecast below, from Unisys Weather.

Storms are important to the Arctic, they can cause high waves and changes in wave direction, as illustrated by the combined images below from OceanWeather Inc.

Storms can cause decline of Arctic sea ice and bring warm water and air into the Arctic. The Diagram of Doom, discussed in more details in an earlier post, pictures ten feedbacks that can cause warming in the Arctic to accelerate. Storms are a factor in many of these feedbacks. 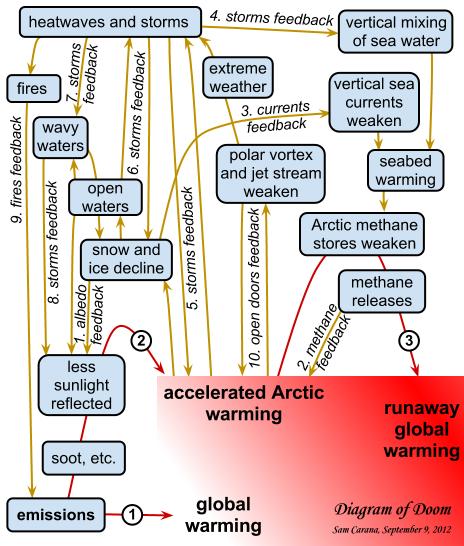 As illustrated by the NOAA image below, accelerated warming results in high temperature anomalies, increasing the danger of methane releases from sediments under the water. 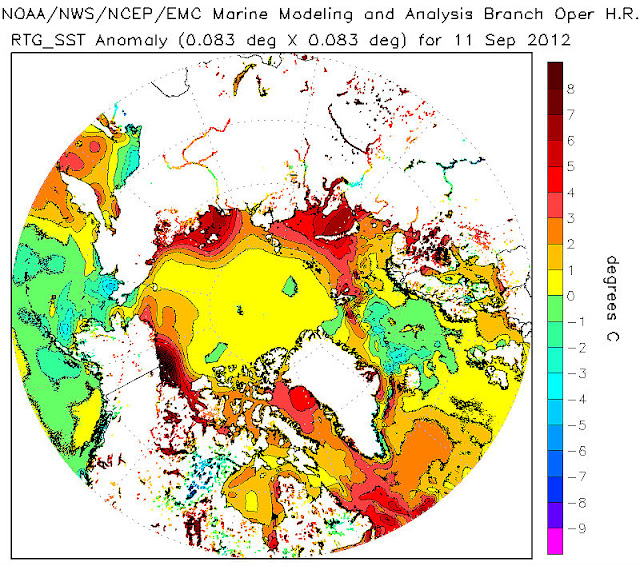 Paul Beckwith comments that in this case “Greenland acts as a barrier to the storm entering the Arctic due to its 3 km ice cap (note also that the thickness of the troposphere is only about 7 km high in the Arctic, meaning that Greenland extends up in altitude to cover >40% of the atmosphere in which weather occurs). What this means is that the storm will be diverted from directly crossing Greenland.”

Paul adds a warning: “In this case we are lucky in that the storm passes below and to the right of Greenland and then heads past Iceland on its way to north of Scotland. A worse scenario for the Arctic and the sea ice there would be if the storm stalled of the western coast of Greenland and slowly tracked up north through the Davis Strait and across the Canadian archipelago and then directly into the Arctic to the west of Greenland. Such a storm would have devastating consequences to the Arctic and the sea ice (not to mention Greenland, mostly on the coasts). Lots of heat and moisture would be transferred into the Arctic by such a storm.”