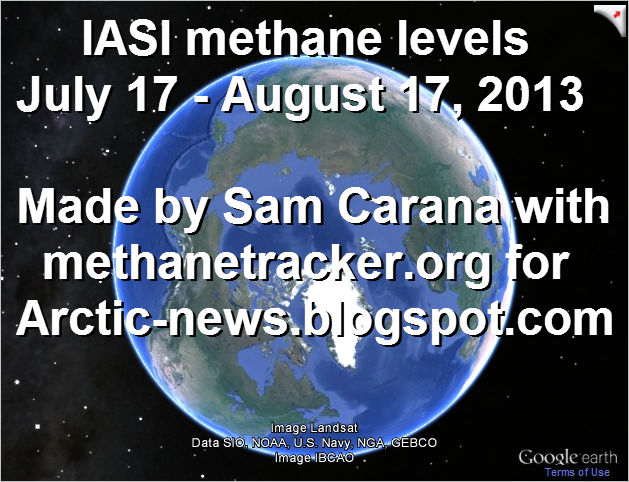 Methane Jump - a video created by Sam Carana with methanetracker.org for Arctic-news.blogspot.com


The video shows high methane levels during the period July 16 - August 16, 2013, as recorded by IASI, MetOp2 Satellite. The video shows how high levels can get, mentioning that methane readings suddenly jumped dramatically, with levels recorded as high as 2349 ppb (on August 1, 2013). Later in August 2013, methane reached even higher levels. The image below shows readings as high as 2442 ppb on August 5, 2013. 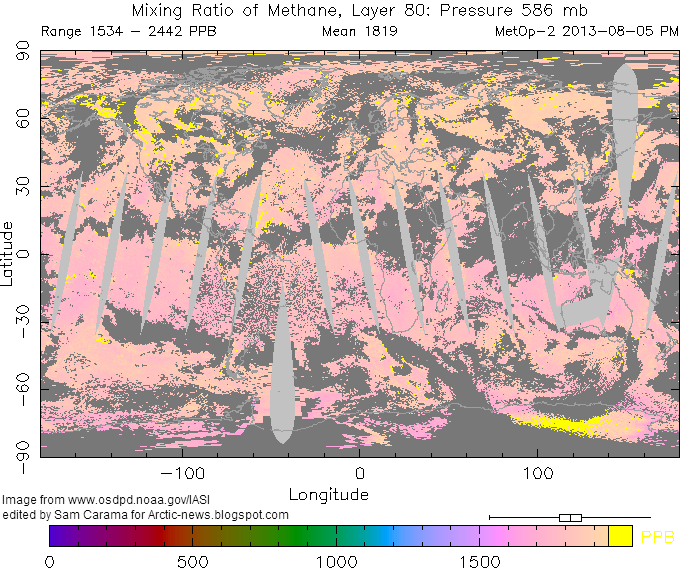 We can count ourselves lucky that - until now - only a small part of the methane appears to be released from the Arctic seabed, but such releases threaten to send huge quantities of methane into the atmosphere rather abruptly, triggering runaway global warming and ending civilization as we know it in a matter of decades.

Below a comparison of early August methane levels over the years, created from images by Leonid Yurganov.

Below are two maps with methane lvels at over 1950 ppb, for the Northern Hemisphere and the Southern Hemisphere, respectively, for the period from July 16 to August 24, 2013. 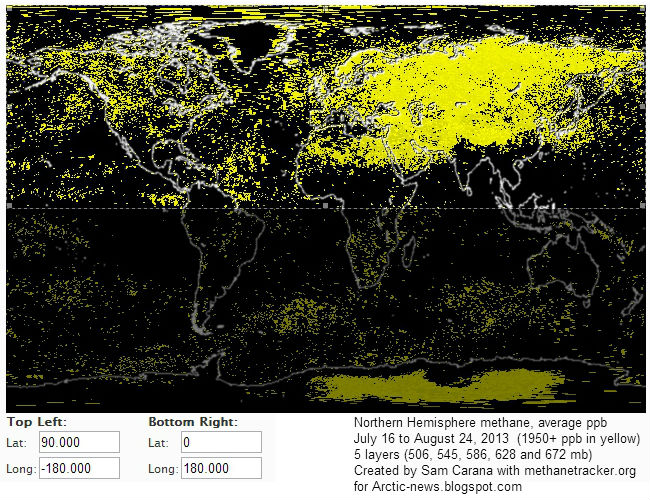 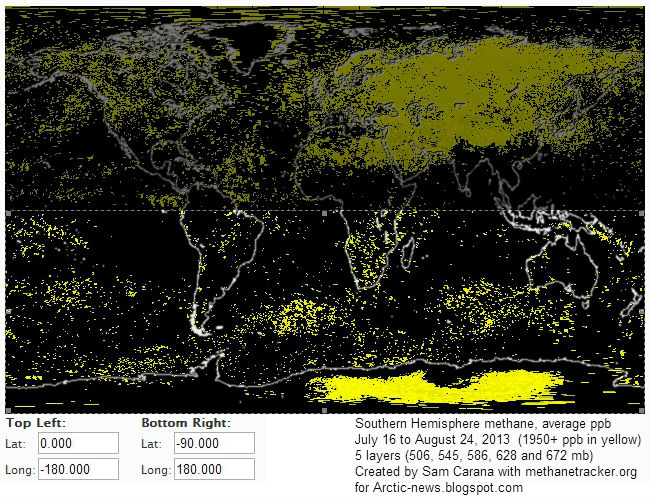 The chart below shows average values of methane for the same period, with a peak level of 1862 ppb on August 2, 2013, on the Northern Hemisphere. 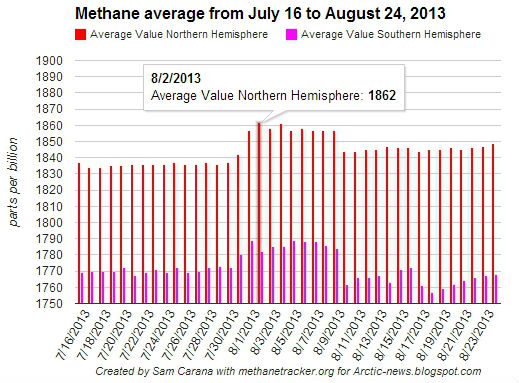 As the above chart illustrates, the methane jump occurred early August, 2013, both on the Northern Hemisphere and on the Southern Hemisphere. Assuming a total burden of methane in the atmosphere of roughly 5 Gt at an average value of 1800 ppb, then a simple division results in an additional burden of 2.78 Mt for each rise of one ppb, implying that a methane jump of 20 ppb corresponds with an additional burden of about 56 Mt (or 56 billion kg) of methane in the atmosphere.

- Where does the methane come from?
http://arctic-news.blogspot.com/2013/08/where-does-the-methane-come-from.html