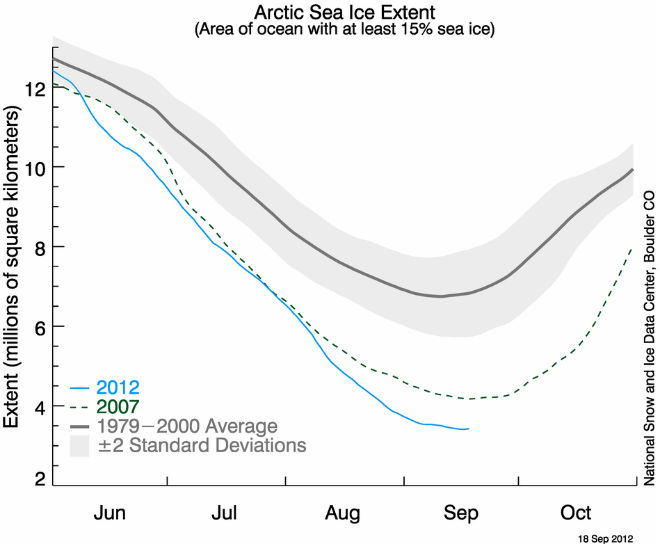 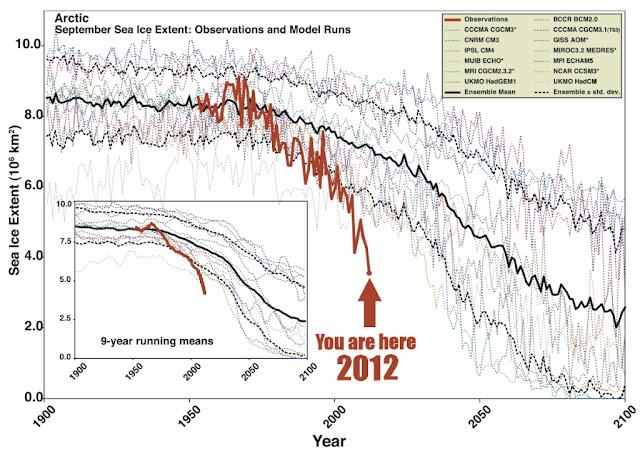 Above animation shows the 2012 time-series of ice extent using sea ice concentration data from the DMSP SSMI/S satellite sensor. The black area represents the daily average (median) sea ice extent over the 1979-2000 time period. Layered over top of that are the daily satellite measurements from January 1 to September 14, 2012. Published September 17, 2012 by NOAA Visualizations.

Below the NASA animation
Arctic Cyclone Breaks Up Sea Ice