How big a deal was the march in Manhattan yesterday? One of the organizers was 350.org, a group started by Bill McKibben based on a paper by climate scientist James Hansen which stated that we should aim for about 350 parts per million (ppm) CO2. We are currently at about 400ppm, so we need to move "only" about 50ppm in the opposite direction from our rapid growth, which hit a frightening 3ppm clip last year.

It will take a huge effort, and few alive today will live to see it (short of large-scale engineering), but it is interesting to ponder the minute change this represents in the air -- a shift of just 5 one-thousandths of one percent (.005 percent) of the atmosphere! That is one of the fascinating things in climate science, how such a minute change in our atmosphere could potentially have such an impact on the energy balance of our whole planet.

Keep this in mind if you are trying to contemplate how big a deal it is that some 350,000 people came out into the streets of Manhattan, the capital of capitalism, the cultural heart of the nation where manufactured denial has most stymied action. That's because this happens to be exactly the same proportion of the 7 billion members of humanity, 5 one-thousandths of one percent, as that 50ppm is a shift in the composition of the air. Further, some have estimated the real number of marchers as 400,000, and if the global estimates swell equally, then globally about the same proportion were marching as the CO2 growth since industrialization is a shift in atmospheric composition. In a way, all those marching were just a trace, and as soon as we dissipated into streets and subways afterwards, quickly outnumbered by people going about their everyday lives, that seemed obvious, but in another way, how monumental the right little trace can become!

And speaking of powerful little traces, methane is even far less concentrated in the air than CO2, about 220 times less so, but there was really some methane floating around the Manhattan air yesterday! No, I don't mean all those leaky pipes in the city that have led local tests to sometimes register incredibly high ambient readings of the greenhouse gas. I mean that among the marchers anti-fracking signs often seemed to outnumber all other "sub-theme" signs. This is a fascinating phenomenon, as some of us have felt that, since we all ultimately must live in the here and now, and since one cannot impact the climate we have here and now very effectively through CO2 mitigation, yet one can only gain practical political traction by dealing with that here and now, so one of the best ways to gauge seriousness in getting movement going on climate would be to watch for meaningful action on methane. In a sense, if you want people to start climbing up a very steep ladder, you need to give them a nice low first step, and that first climate step would be methane. As Robert Watson, the previous Chair of the United Nation's Intergovernmental Panel on Climate Change put it succinctly, rapidly cutting methane, "would demonstrate to the world that we can do something to quickly slow climate change. We need to get moving to cool the planet's temperature. Methane is the most effective place for us to start."

The Manhattan climate march also provided a fitting example of how getting the big slow march of change rolling can be frustrating: for those in the back it took two hours to start any movement at all, and then another two hours to reach Columbus Circle, its ostensible starting point. Similarly inevitable drags on climate mitigation are making rapid methane action all the more important. And uncertainties in near-term climate change, with a rising potential for high-impact lower-probability events to cause abrupt heating (like non-human methane emissions in the arctic taking off more quickly than models predict), means that ignoring the near-term climate for too long could ultimately prove fatal to all our best intentions. So it's fascinating to see an interest in methane growing from the grass roots, even if it is still largely (and erroneously) confined to the fracking issue at this point. Let's hope that the interest in this merest little trace gas of our air -- since industrialization it has risen by about 1.1 ppm, a shift of about 1.1 ten-thousandth of 1 percent of the atmosphere! -- sparks soon. The group 1250 was initially intended to provide a kind of autonomous offshoot to McKibben's 350, in order to help generate that spark, but McKibben himself soon said that he "had his hands full with CO2" and did not at the time send along to his followers the group's initial petition drive, which then quickly languished. But if methane interest does reach that critical concentration, and that spark is provided, you know what happens next: that's when climate action goes boom.

Above text was earlier posted by Nathan Currier at the HuffingtonPost

Below follow further photos by Cindy Snowgrass of the People's Climate March. 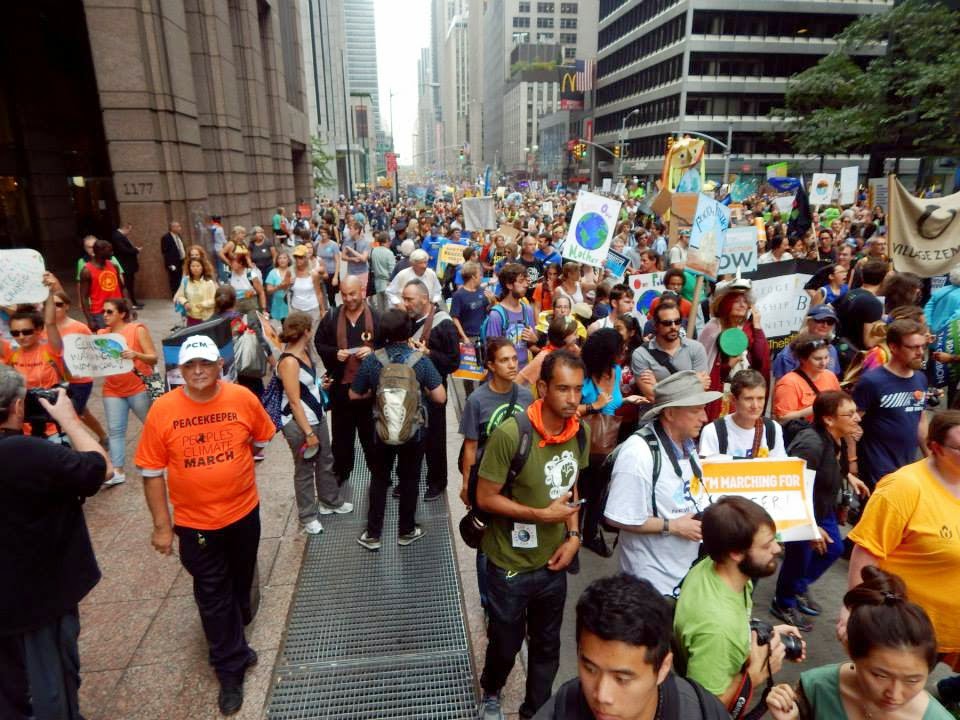 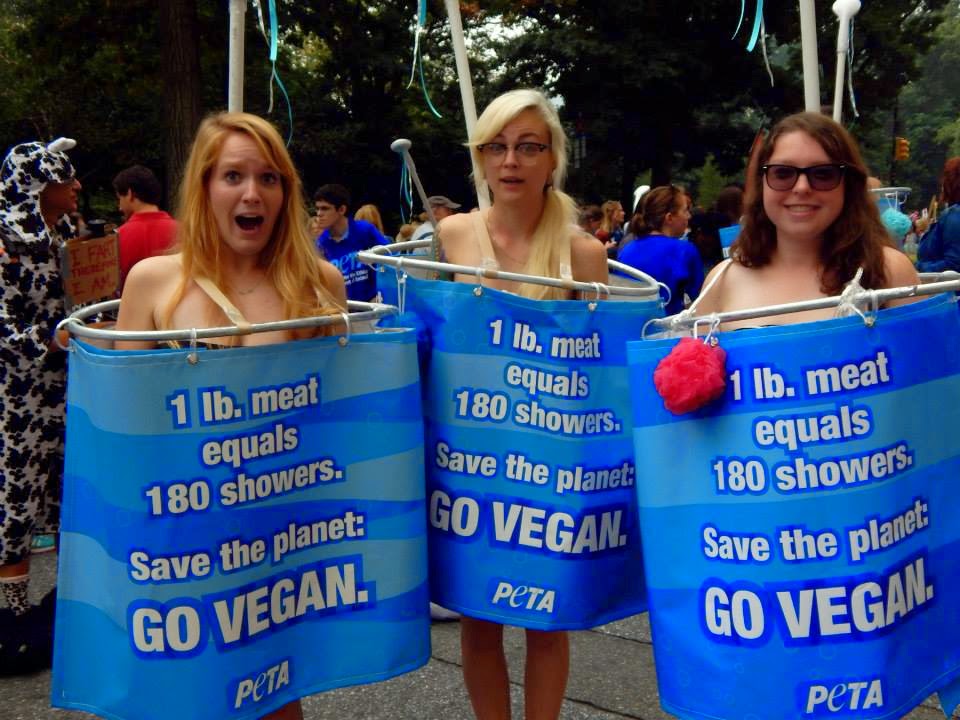 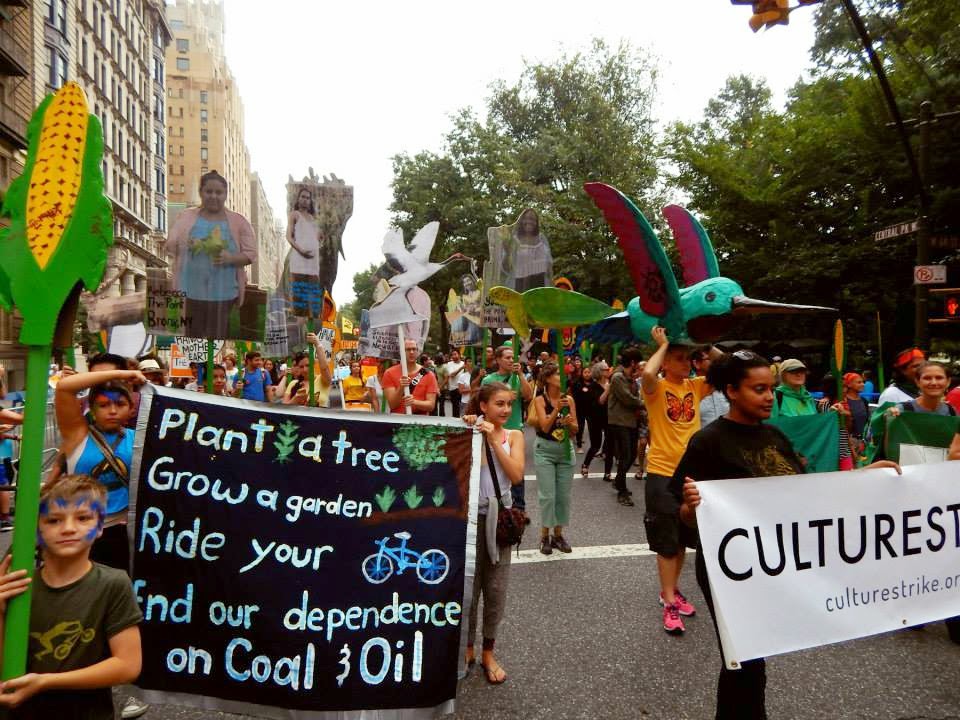 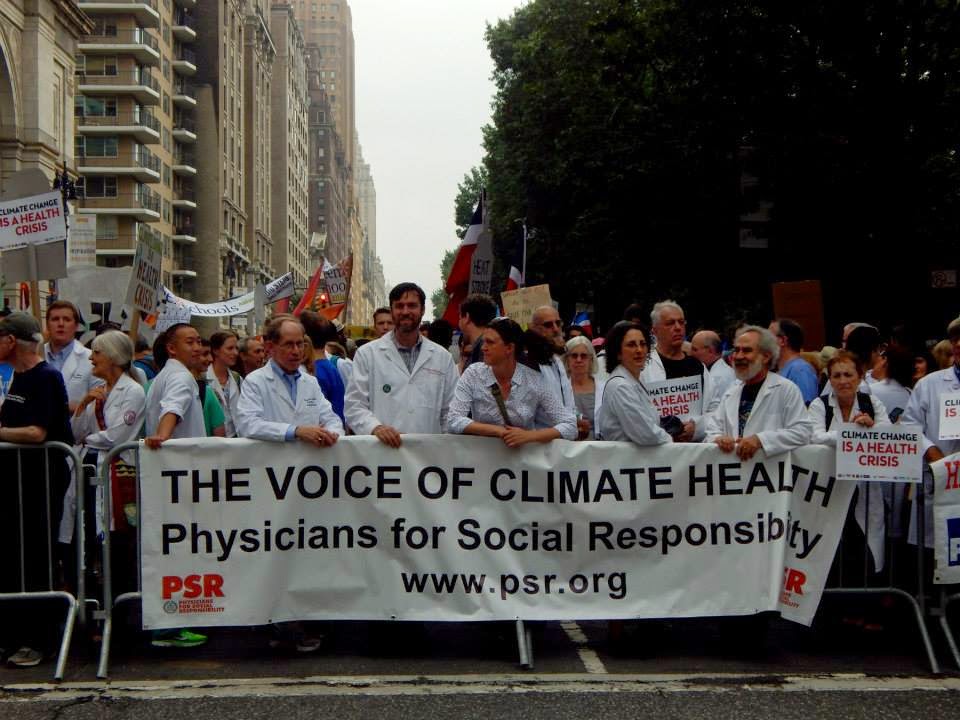 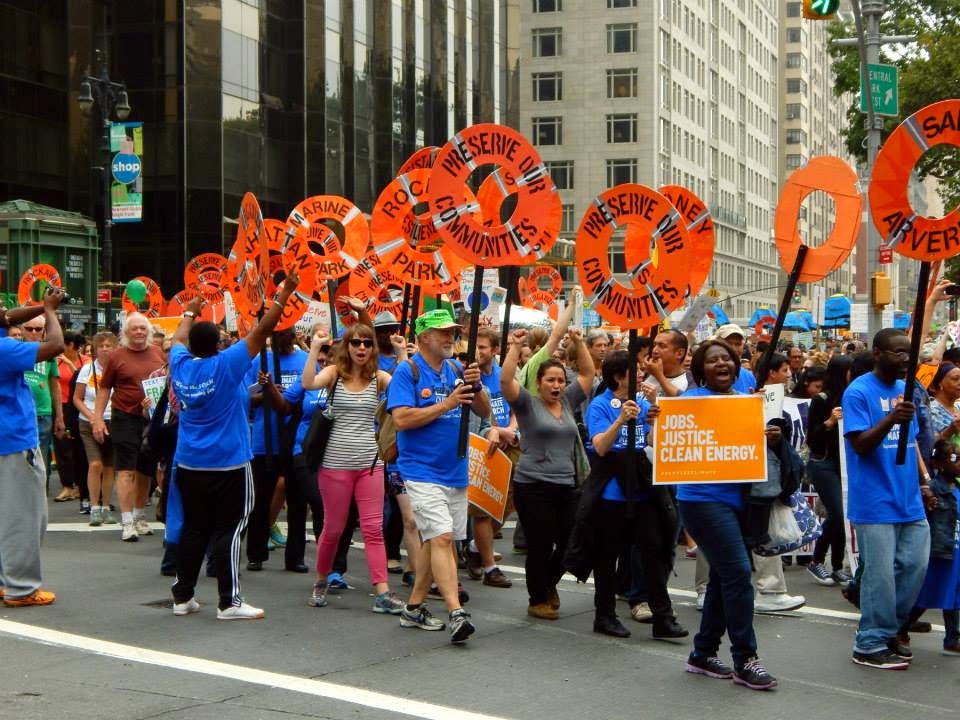 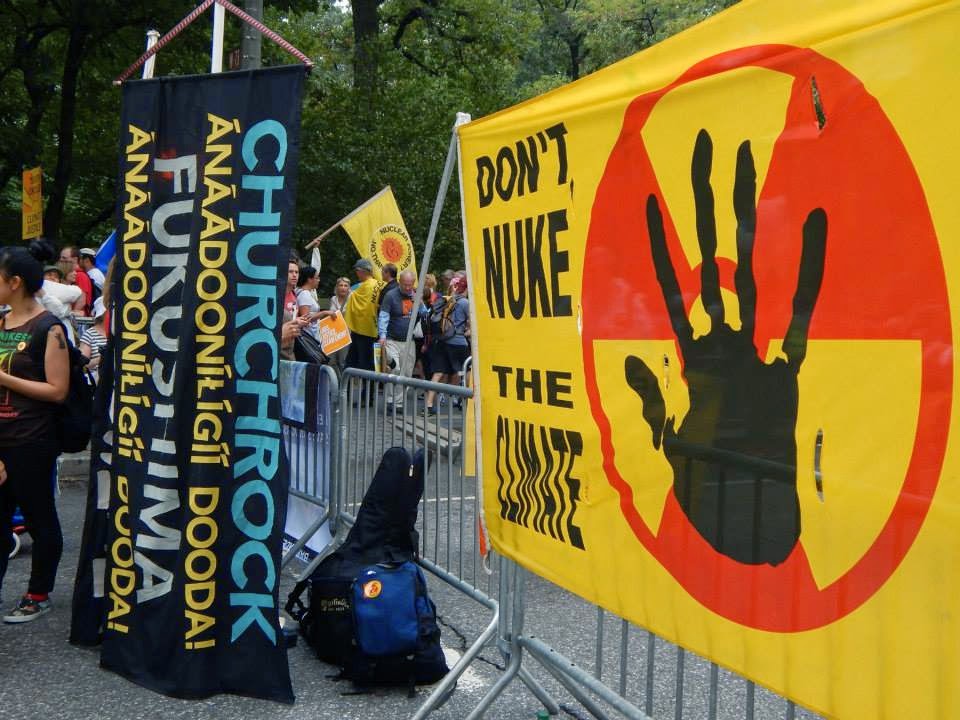 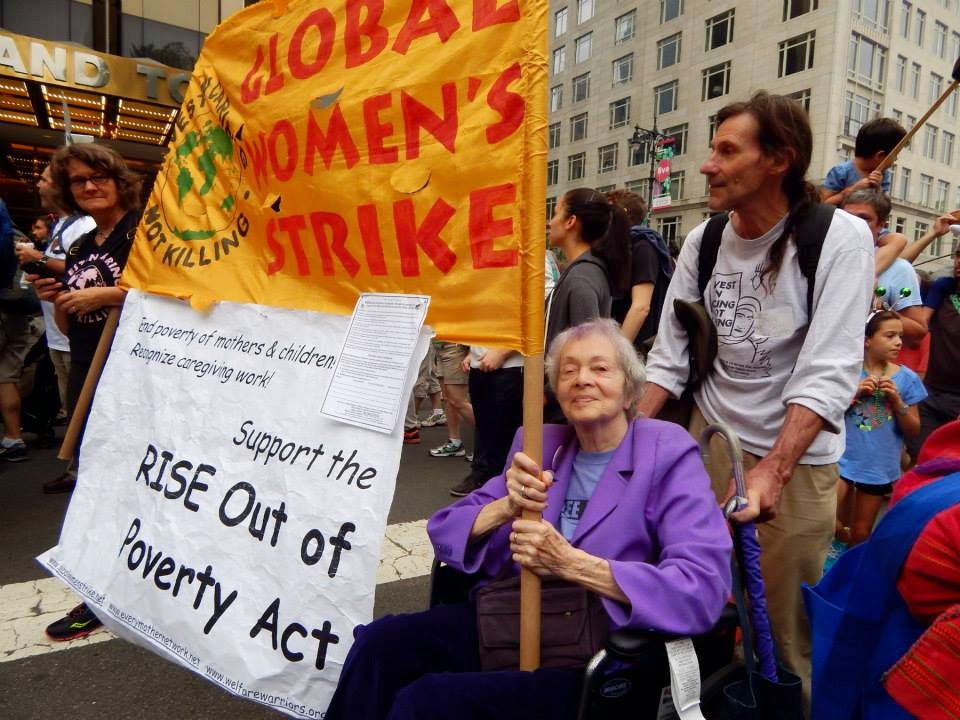 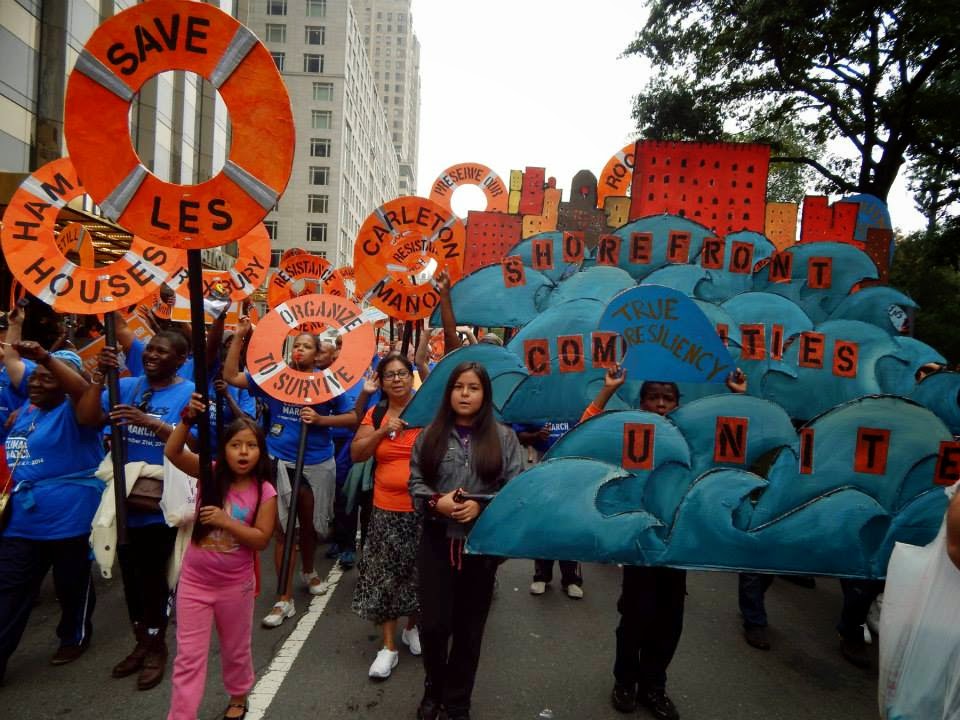 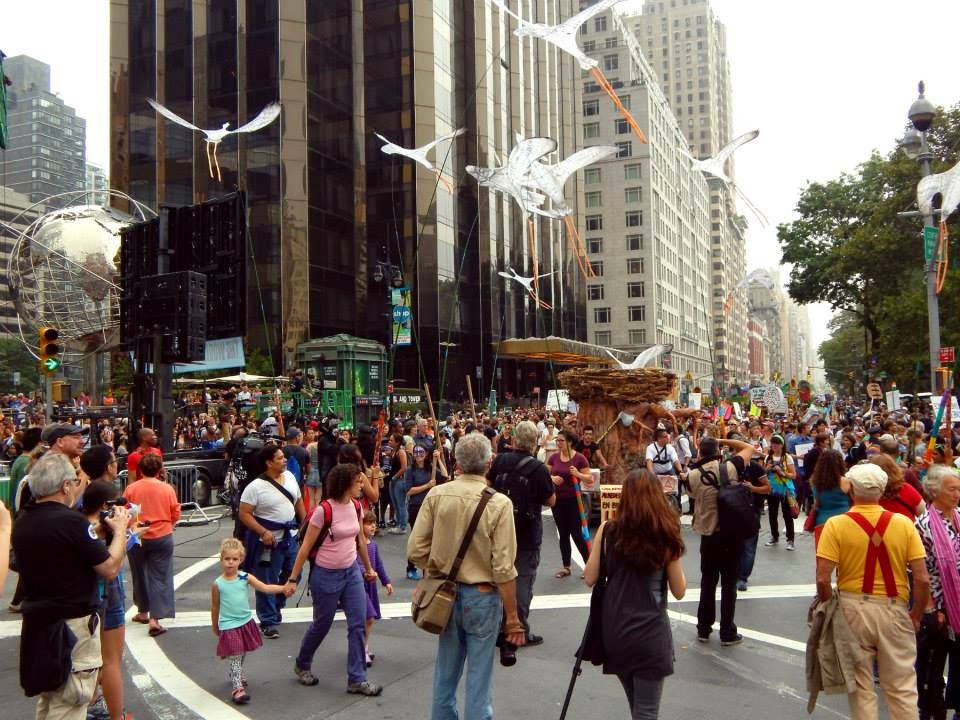 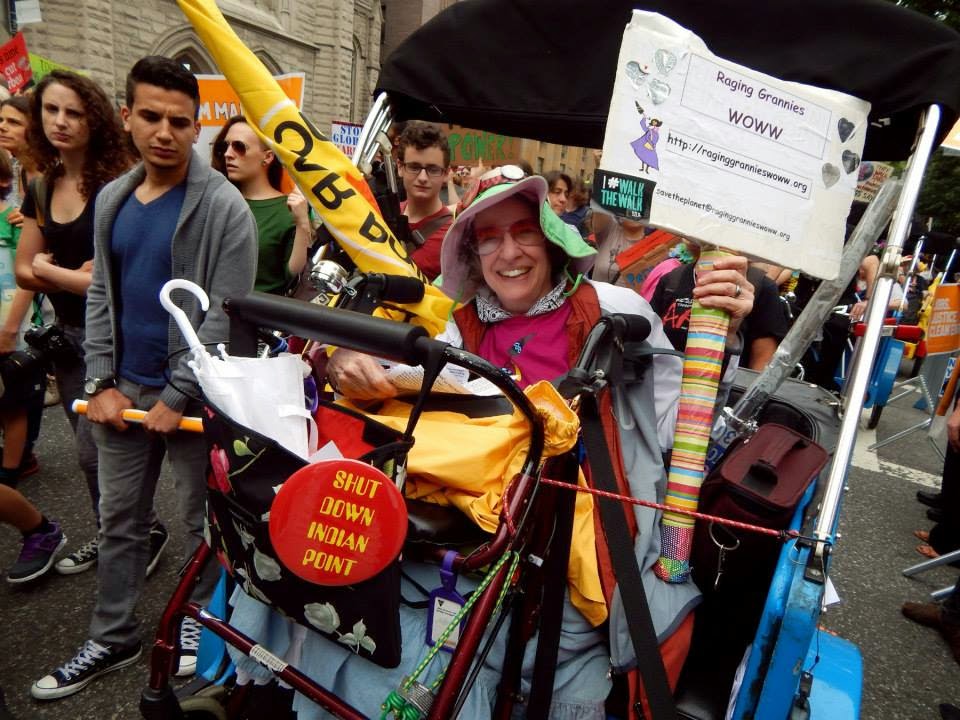 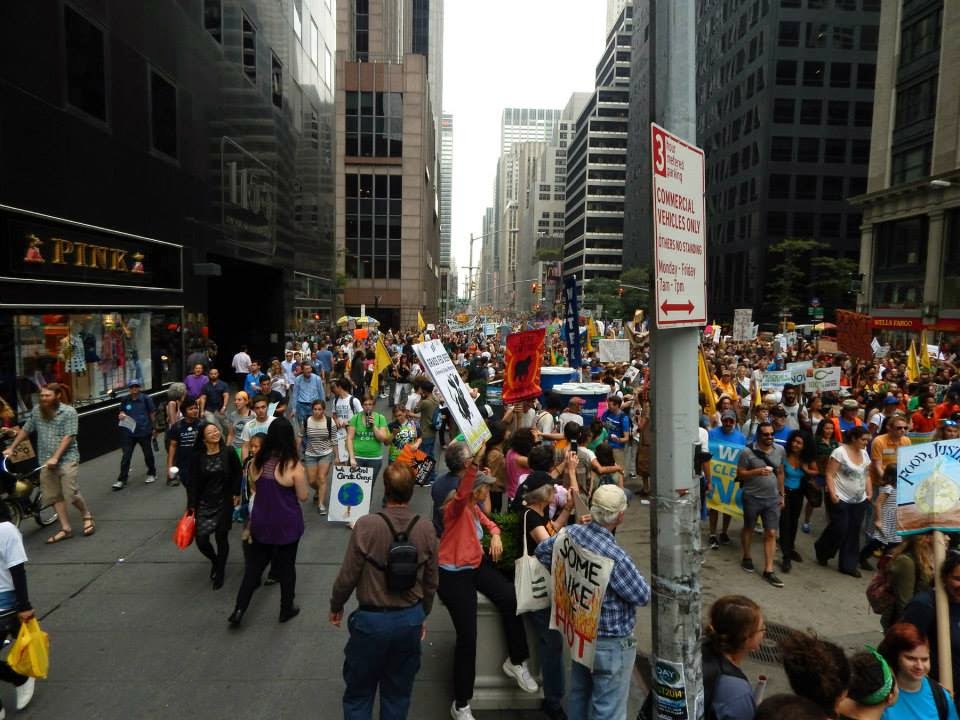 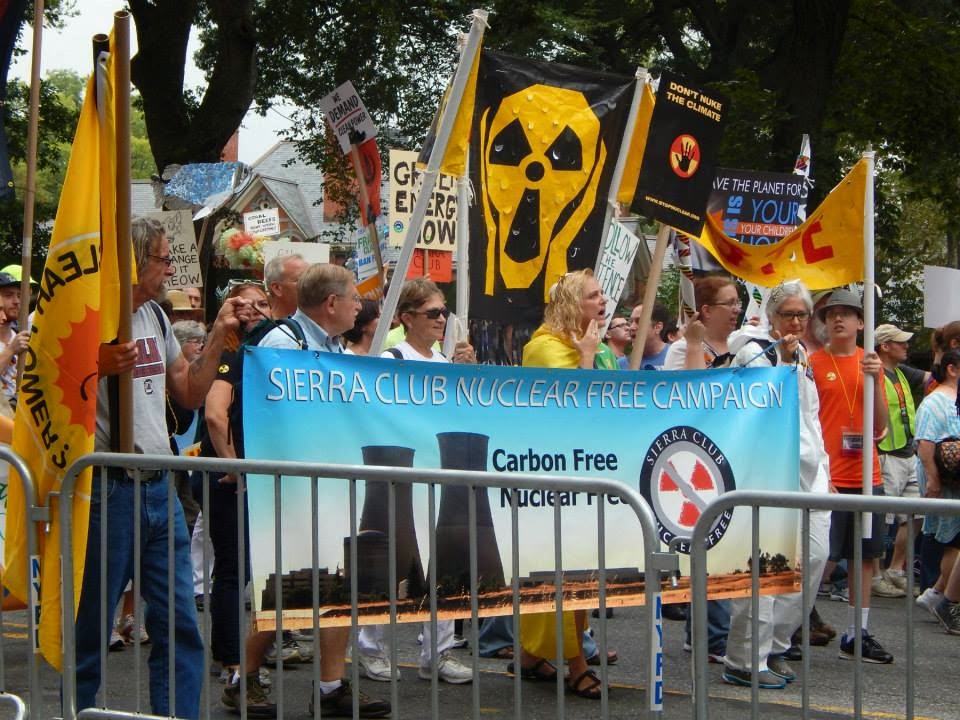 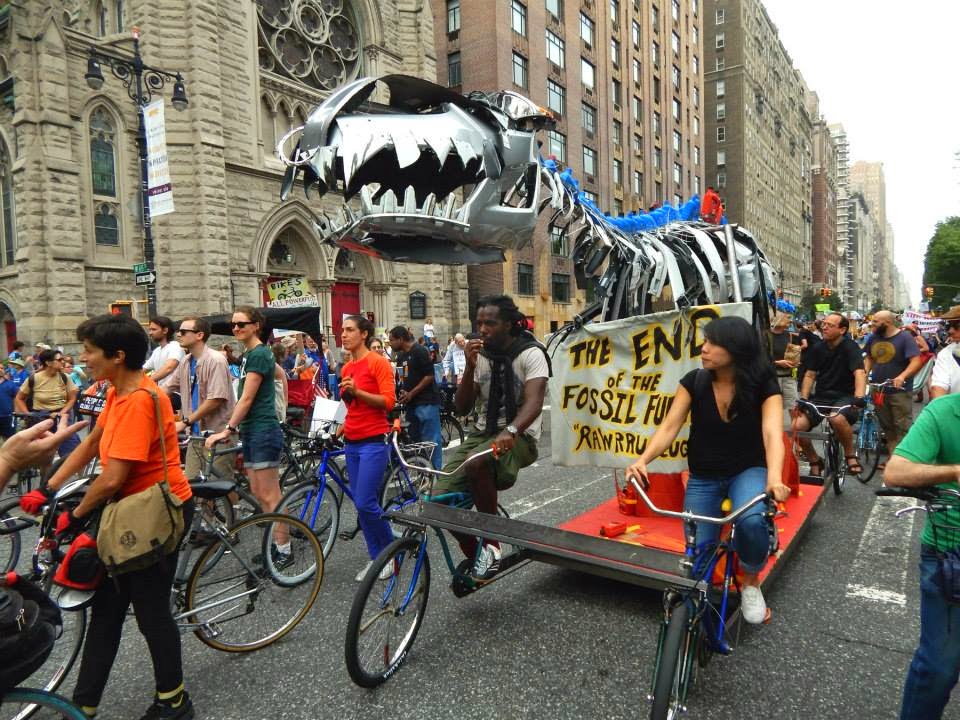 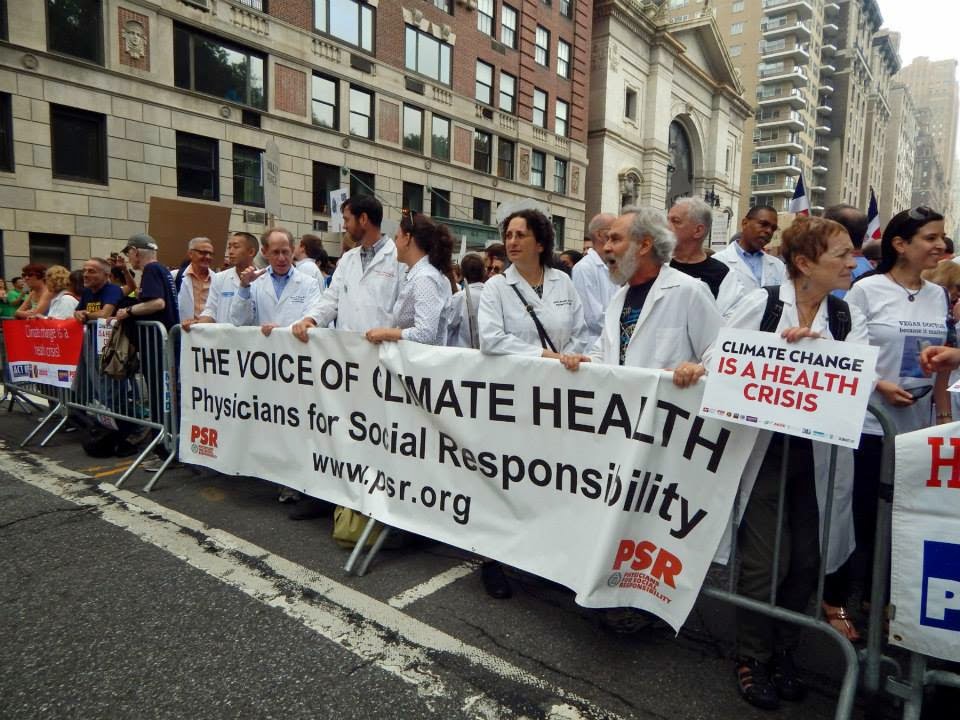 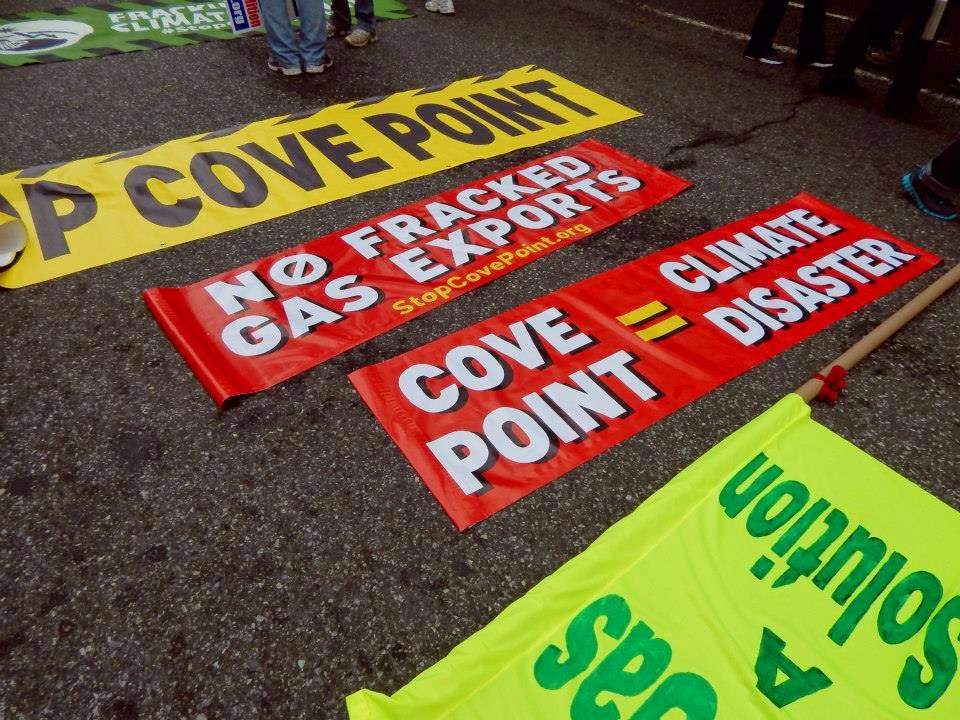 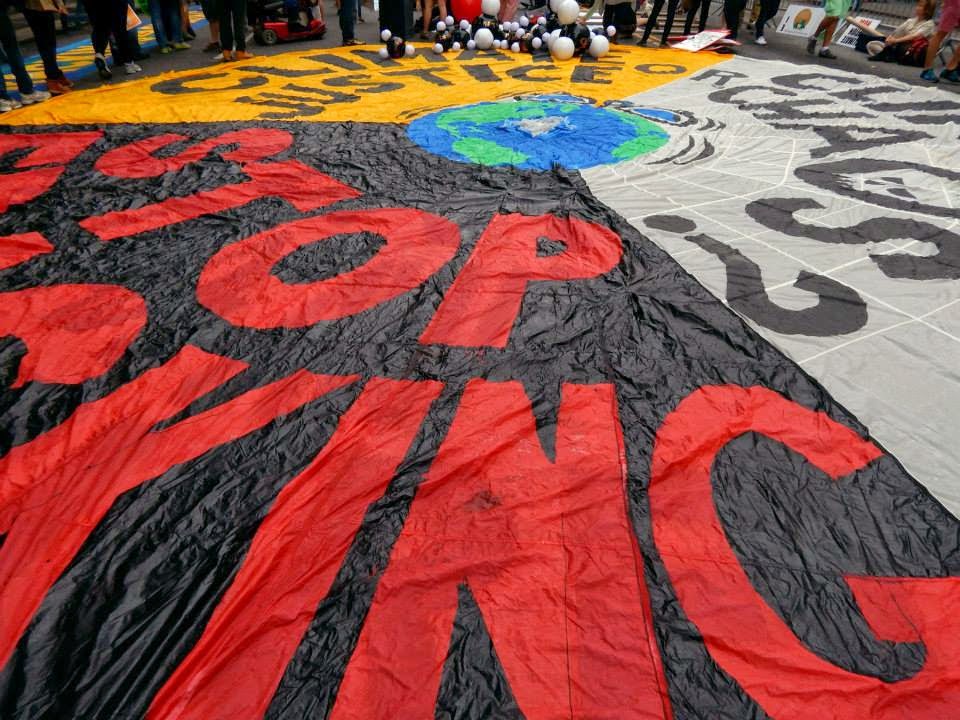 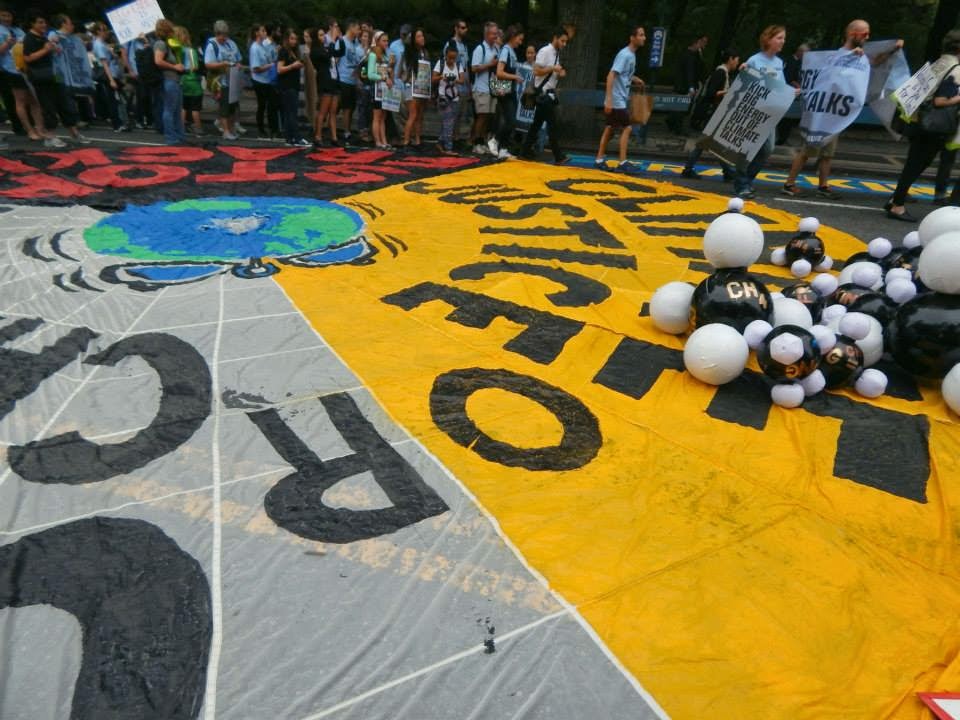 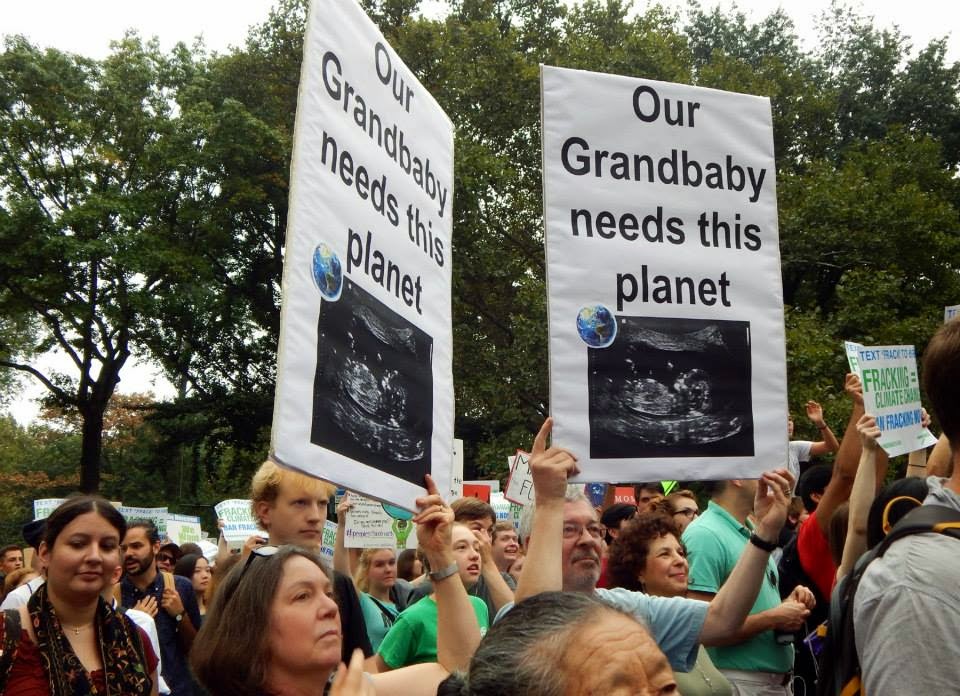 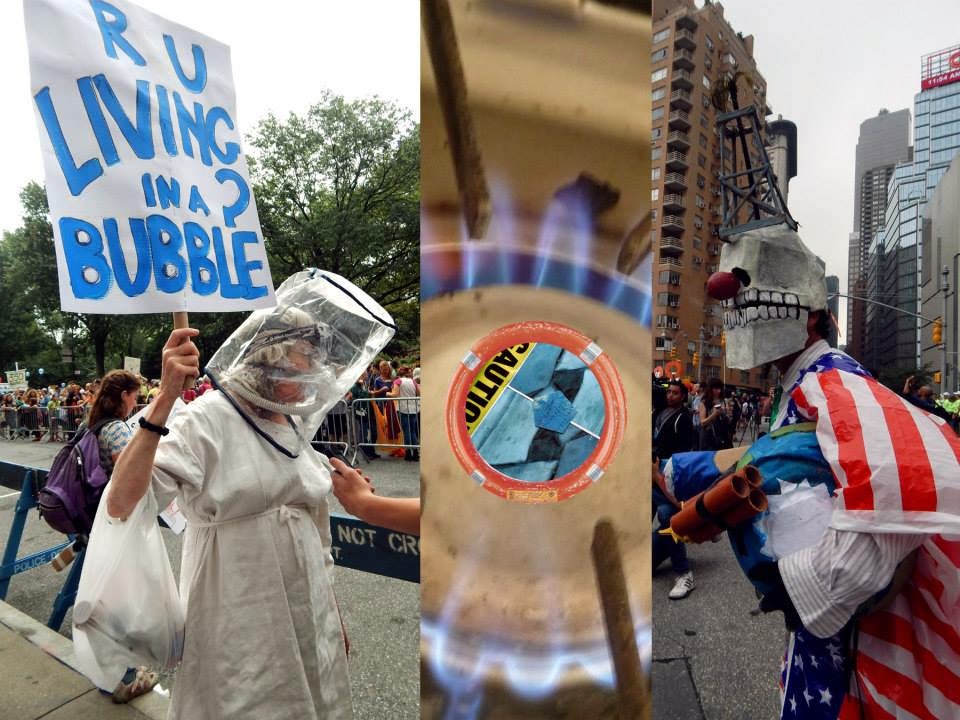