A new study looks at how, in the 21st century, surface warming slowed as more heat moved deeper into the oceans, specifically the North Atlantic.

Sun-warmed salty water travels north along ocean currents in the Atlantic. When this saltier water reaches the North Atlantic, its greater density causes it to sink. From about 1999, this current began to speed up and draw heat deeper into the ocean.

These huge amounts of heat moving deeper into the Atlantic Ocean are very worrying. 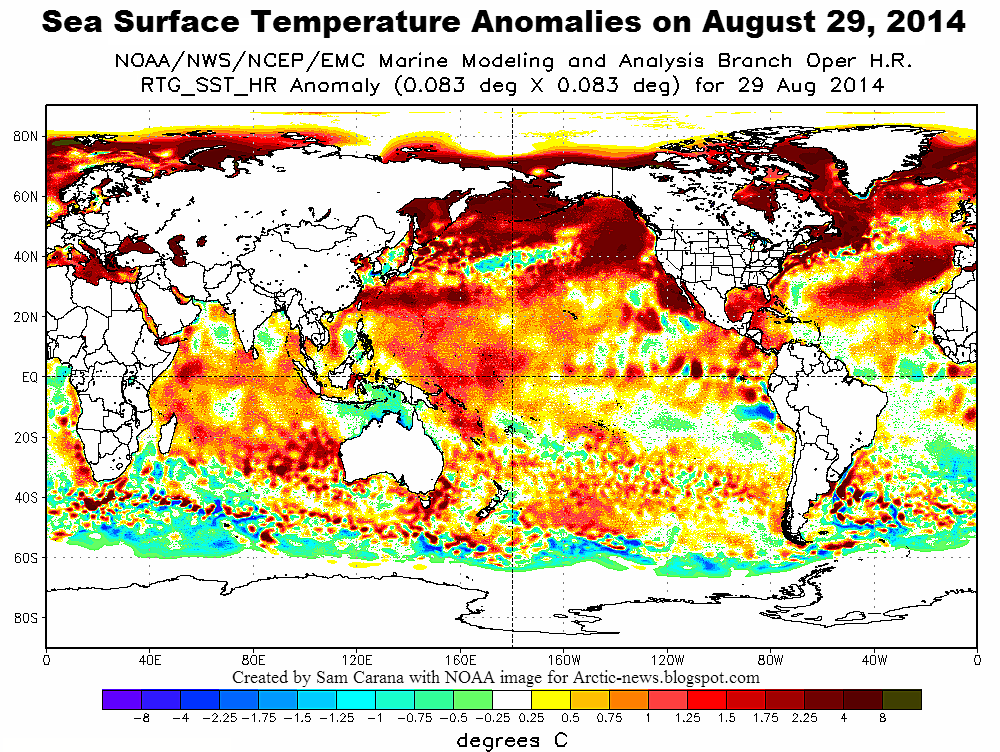 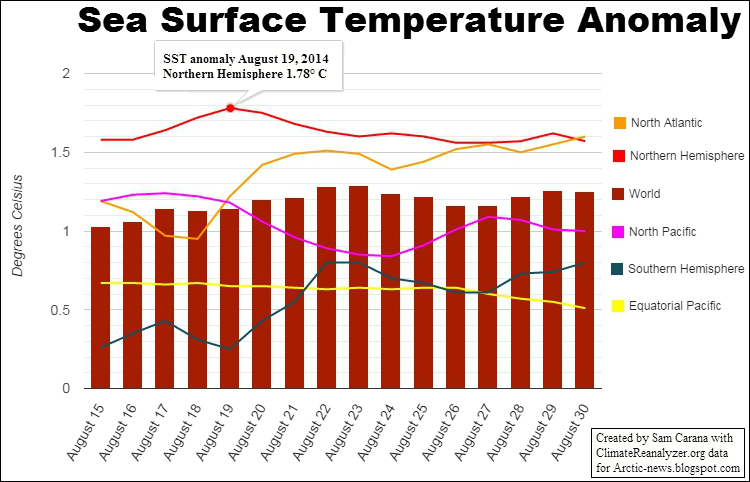 The danger is that this warm water will destabilize hydrates contained in sediments under the Arctic Ocean and trigger huge methane eruptions.

Rising methane levels over the past few years are ominous in this respect. The image below shows very high mean global methane levels on August 28, 2014, while methane readings as high as 2561 ppb were recorded on that day.


In conclusion, the situation is dire and calls for comprehensive and effective action, as discussed at the Climate Plan blog.

- Methane Buildup in the Atmosphere
http://arctic-news.blogspot.com/2014/04/methane-buildup-in-atmosphere.html