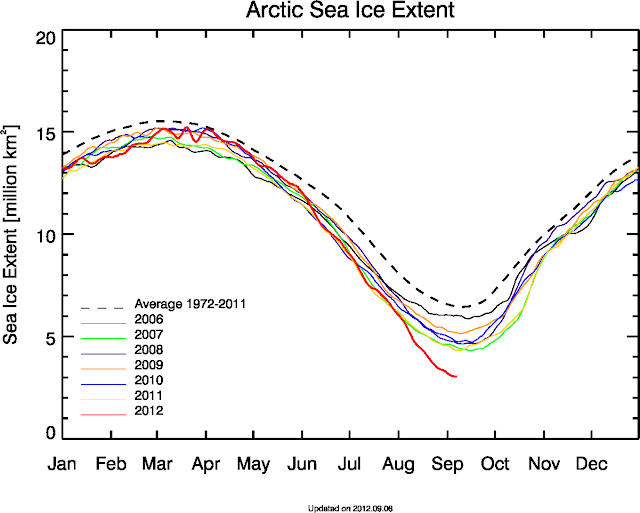 The loss of Arctic sea ice appears to be flattening out at the moment. The above image shows Arctic sea ice extent (total area of at least 15% ice concentration) for the last 7 years, compared to the average 1972-2011, as calculated by the Polar View team at the University of Bremen, Germany.

Paul points at the image below, from weather.unisys.com/gfsx, showing a 9 day GFSx model for Arctic region.

“Needless to say this scenario would be very destructive to Arctic sea ice if it plays out,” Paul adds.  “Also, there is no apparent decrease in Arctic sea surface temperatures in projections out to September 12th, and no apparent salinity change. I will be amazed if this melt season does not last until the end of September or even into early October.”


Or, view the presentation in the window below (it may take some time for the file to fully load).