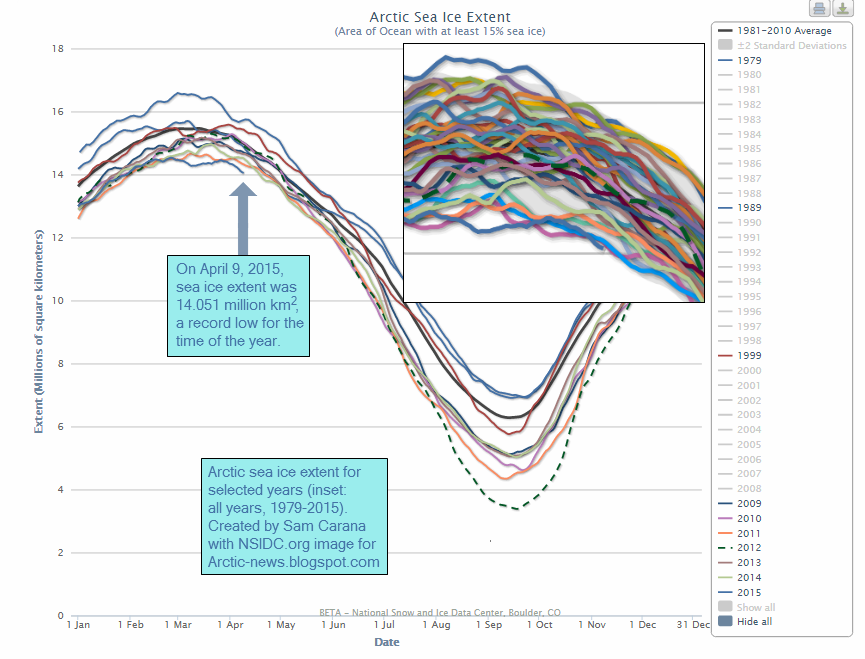 Temperature anomalies at the top end of the scale (20°C, or 36°F) are hitting the Arctic Ocean in many places, as illustrated by the forecast below, showing an overall anomaly of +3.19°C for the Arctic for April 11, 2015, despite low temperatures over Greenland. 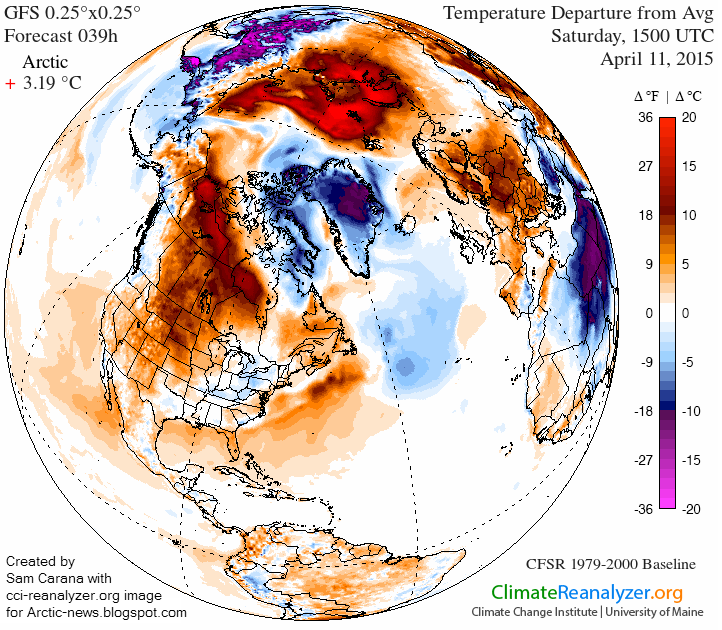 The situation is very worrying, the more so since a huge amount of ocean heat is lining up to be carried into the Arctic Ocean by the Gulf Stream. On April 10, 2015, sea surface temperatures of 24.1°C were recorded off the North American coast (green circle), a +12.5°C anomaly, as the image below shows.

Malcolm Light comments: In this inverted blowup of the high temperature region you can see the expanded effect of methane hydrate detabilization along the Gakkel Ridge and the high temperatures caused by the onshore methane eruption vents (image below). 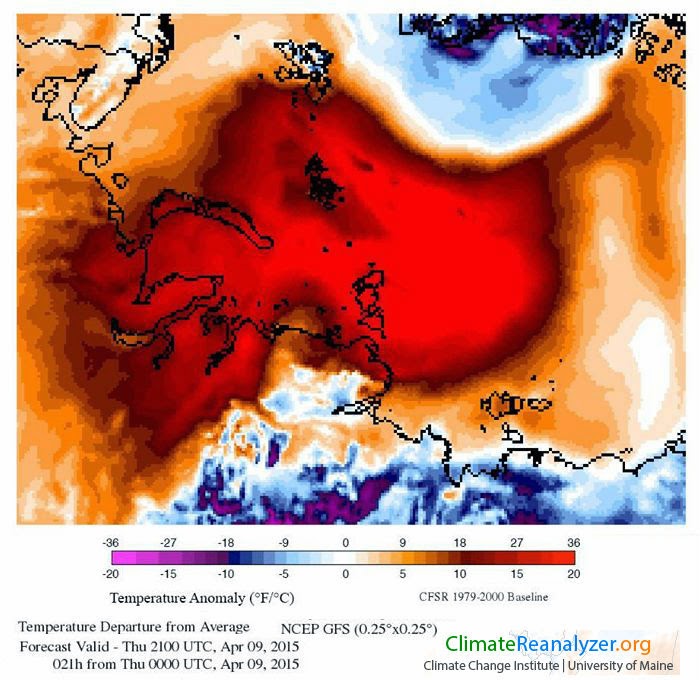 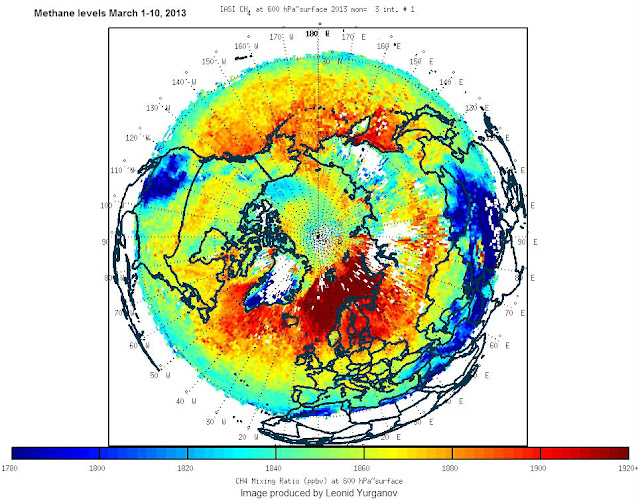 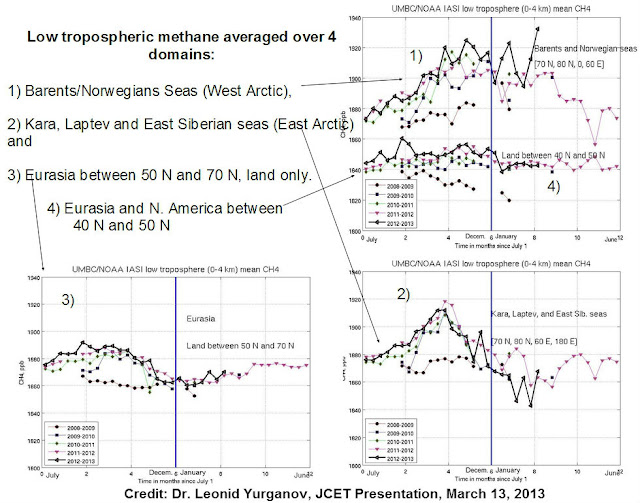 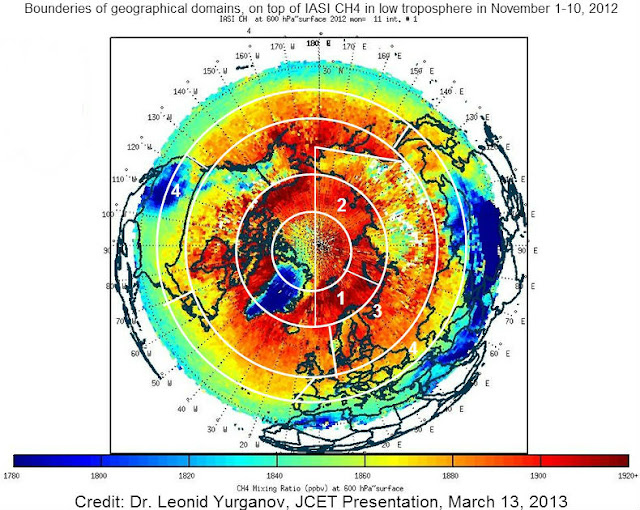 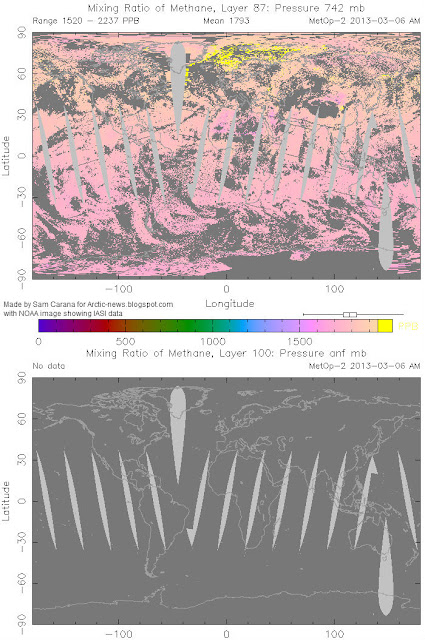