The image below, adapted from NOAA and from an earlier post, shows the observed values for the number of sunspots for cycle 25, up to December 2022, as well as the values predicted by NOAA. 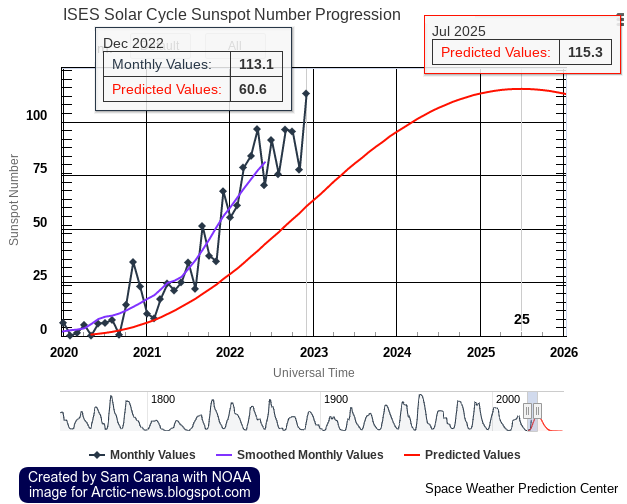 Similarly, the image below shows the observed values for the F10.7cm radio flux for cycle 25, up to December 2022, as well as the values predicted by NOAA. 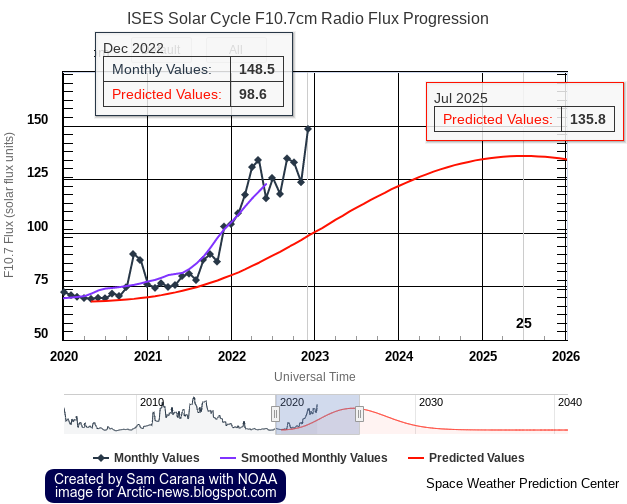 Within a few years time, sunspots are expected to reach the peak of the current solar cycle (number 25). As above image shows, NOAA predicts the maximum for cycle 25 to be reached in July 2025, when NOAA predicts the number of sunspots to be 115.3 and radio flux to be 135.8. As the above images also shows, observed values for December 2022 are already very close to or above the maximum values that NOAA predicts will be reached in July 2025.
These high observations appear to confirm the findings of a 2020 study by Scott McIntosh et al. that, due to interactions with earlier cycles, sunspot Solar Cycle 25 could have a magnitude that rivals the top few since records began (see above image, from the study). 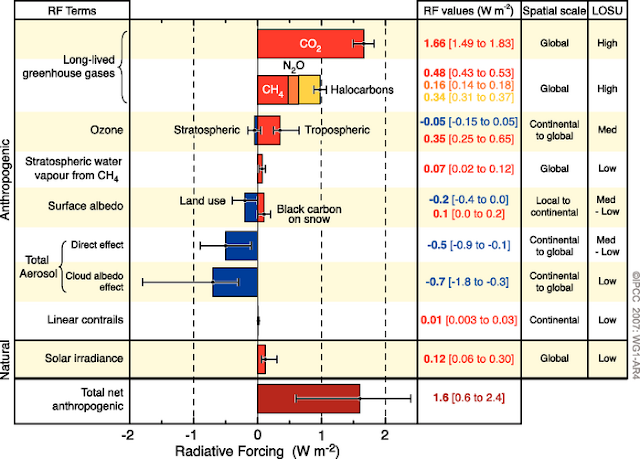 The images at the top show that the current sunspots cycle (25) is stronger than expected. Observed values for December 2022 are already very close to or above the maximum values that NOAA predicts will be reached in July 2025. If this trend continues, the rise in sunspots forcing from May 2020 to July 2025 may well make a difference of more than 0.25°C.
The next El Niño looks set to line up with a high peak in sunspots, in a cataclysmic alignment that could push up the temperature enough to cause dramatic sea ice loss in the Arctic, resulting in runaway temperature rise by 2026, as an earlier post concluded.
Links