No new laws needed for President Obama to act

For anyone attending the September 23, 2014, Climate Summit in New York, it is important to bring the message that, while Congress may seek to deny the physical and legal realities, President Obama can and should act on climate change. 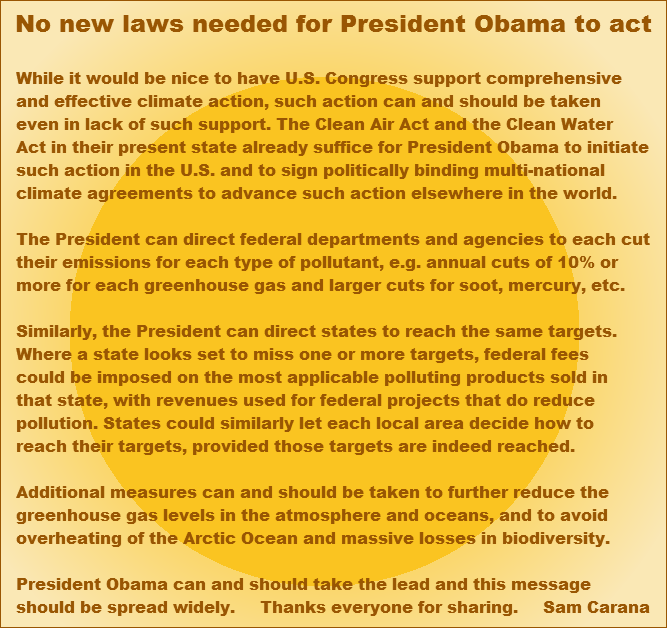 As you know, Sam Carana advocates comprehensive and effective action as discussed at the Climate Plan blog. You can share the message on facebook by clicking on the image below. 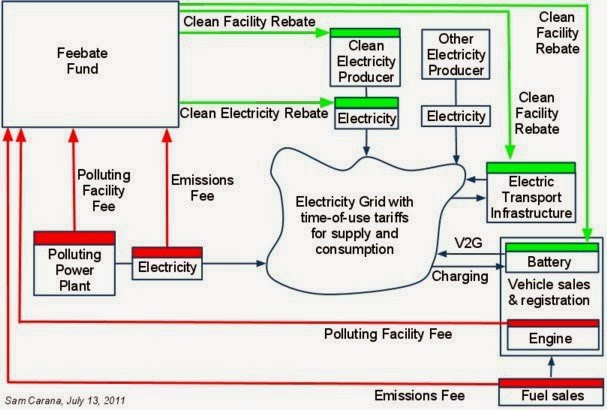 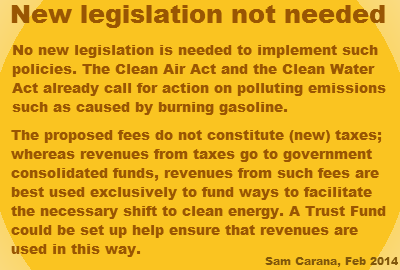