As Arctic sea ice continues to decline, breaking one record after the other, one wonders what more can be said to capture the significance of what is happening. Two images spring to mind. 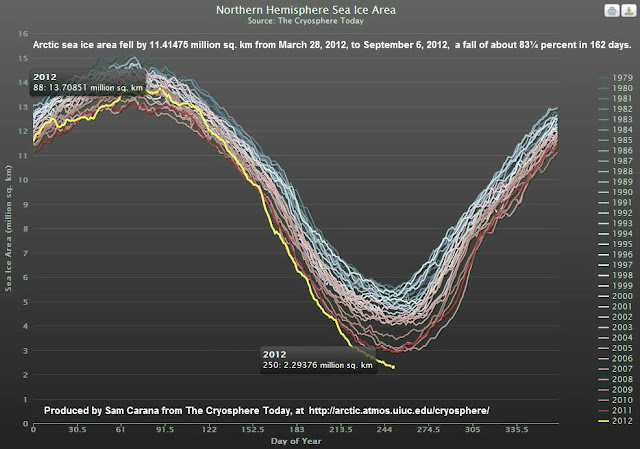 The image below illustrates the dramatic drop in sea ice volume over the years. The image is based on data calculated by the Pan-Arctic Ice Ocean Modeling and Assimilation System (PIOMAS) developed at the Applied Physics Laboratory/Polar Science Center at the University of Washington. 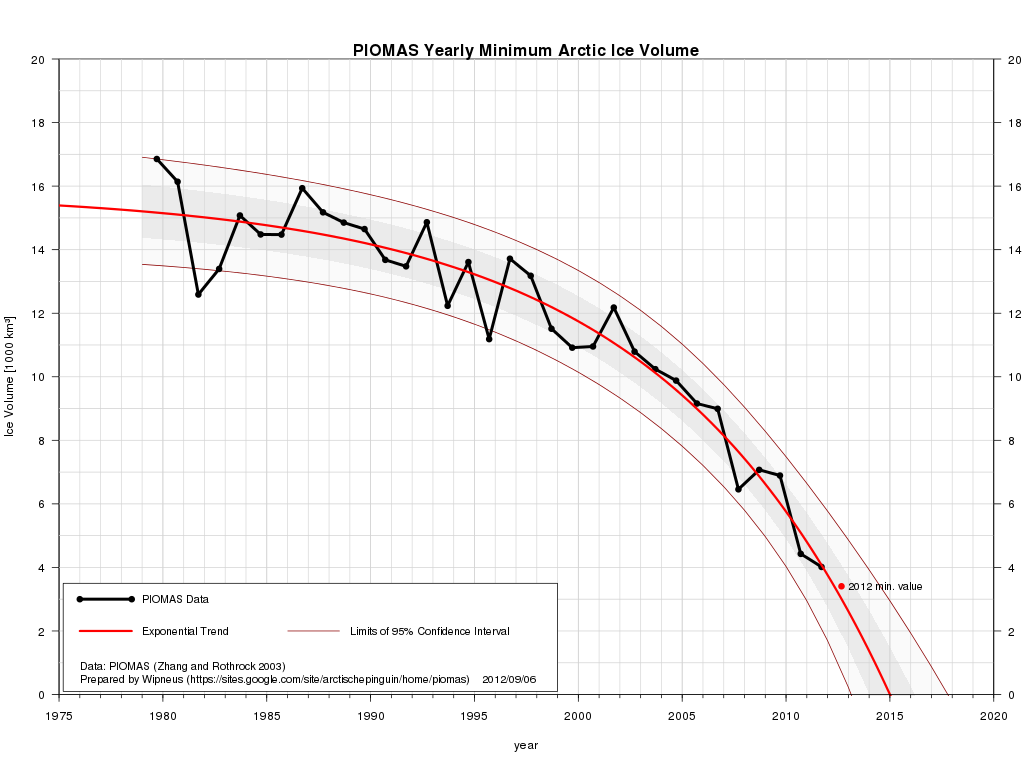 The PIOMAS data for the annual minimum values are the black dots. The trend (in red) is added by Wipneus and points at the start of the year 2015 as the moment when ice volume will first reach zero. The red point indicates the most recent value for 2012 volume, noting of course that this value may still come down further as the year progresses.

This image is further discussed in the post Getting the picture.