NSIDC have already made a preliminary call that September 16 was the date that sea ice extent was at its minimum in the year 2012.

Volume is something else and the record low hasn't been called yet. Nonetheless, it's interesting to look at where the trend might point at, once a value for 2012 has been added into the picture. On the interactive graph below, data for September 2nd have been added.

Granted, when making projections, it's good to have sophisticated models. I don't claim to have used those, but I've got a good eye and by the looks of it, sea ice will be gone in September 2014. 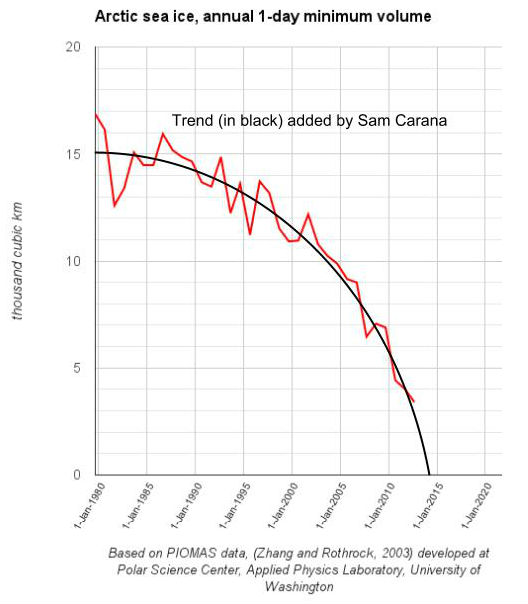 I look forward to your comments.