Paul Beckwith warns that another cyclone is forecast to develop in the Arctic by September 7th, 2012, pointing at the image below, from the Naval Research Laboratory.

“This will cause lots of sea ice breakup in the Arctic if it develops and persists”, Paul says.  “The sea ice now is thinner than in August, so the potential for severe damage to ice exists. On the other hand, however, the August cyclone lasted for a week, while this one looks like a 2 to 3 day event.”

Paul also points at the image further below, from weather.unisys.com/gfsx, showing a 9 day GFSx model for Arctic region; on the website you can select single day panels. 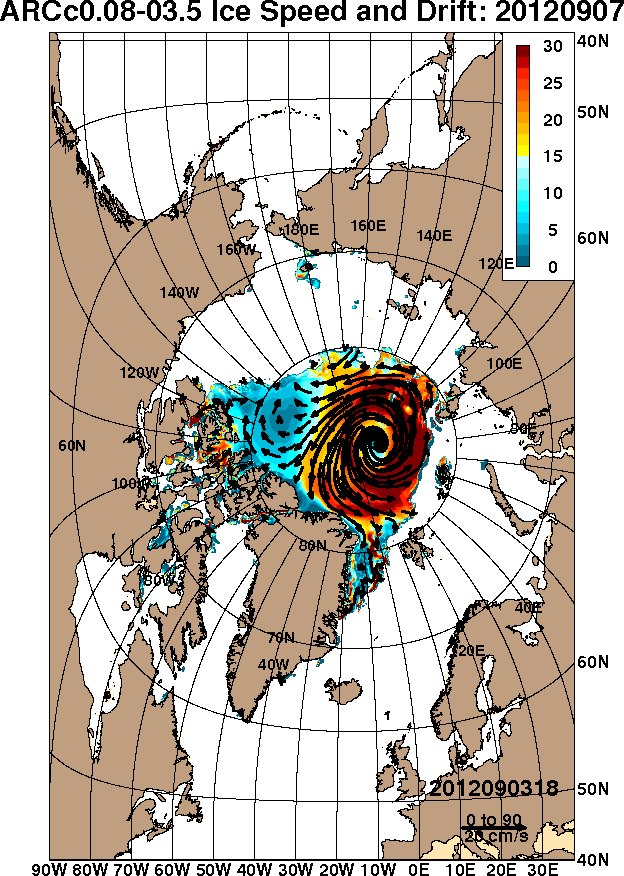 “Most scientists think that the massacre of Arctic sea ice will stop on/or around September 15th which is the 'normal' date at which ice formation is due, as the decrease of solar insolation at the pole will cause the area of the sea ice to start increasing", Paul says, adding however that “a minority of us think that the melt will continue beyond this date by several weeks, due to the warmness of the sea water both beside and below the very thin sea ice.”

Paul continues: “In fact, I predicted on August 10th that at the end of the melt season there would be virtually no sea ice left; this was predicated on there being a few more cyclones of equal intensity to that of the August 2nd to August 10th cyclone that eliminated around 0.8 million square kilometers of sea ice area (equivalent to about 20% of the ice remaining in 2007, the previous worst year in terms of ice melt). Thankfully, my prediction looks to be wrong, but we are not out of the woods yet. It appears that a strong cyclone will be attacking the sea ice in a few days, with the peak churning occurring on September 7th.”


The image below, also from the Naval Research Laboratory, is an animation showing sea ice speed and drift over 30 days, from early August up to September 9, and including the forecast cyclone event.

[Above animated image may take some time to fully load]