Year 2012 set to break all records


The image below, edited from the National Snow & Ice Data Center, shows that Arctic sea ice extent is at a record low for the time of the year. 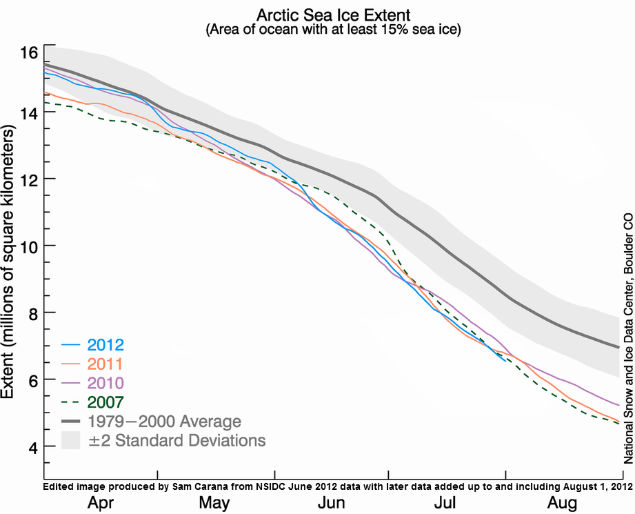 According to measurements by the Institut für Umweltphysik at the University of Bremen a new historic Arctic sea ice minimum was reached on 8 September, 2011. The year 2012 looks set to reach even lower extent.

The nosedive taken by the sea ice over the past few months also shows up in measurements of the sea ice area.

The image below shows a retreat in sea ice area to 3.91533 million km2 on the 212th day of 2012, also a record low for this time of year. The Cryosphere Today features the original interactive image. 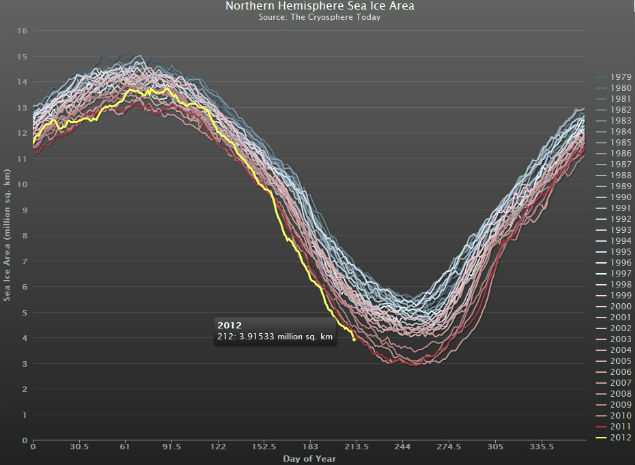 Most critical is ice volume. The animation below, from NASA/Goddard Visualization Studio images, shows how much Arctic multi-year sea ice has declined over the years. 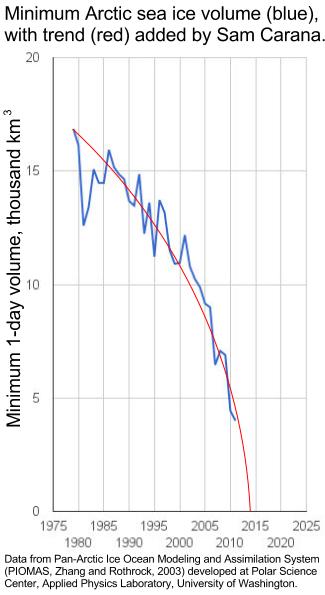 As the image on the left shows, the annual minimum for Arctic sea ice volume is getting perilously close to zero, raising the risk of a collapse of the sea ice in the Arctic.

Temperature rises and larger areas of open water increase the likelihood of storms, as well as their intensity. Sea ice is now getting so thin that it becomes prone to break up in case of strong waves.

Heavy winds from the Bering Strait could then drive most sea ice across the Arctic Ocean, to pile up against Greenland, where it could persist for somewhat longer.

The subsequent dramatic increase in area of open water would cause a huge albedo change, making that much more sunlight in the Arctic would be absorbed, instead of reflected back into space as was previously the case.

This, together with additional feedbacks, could dramatically increase temperatures in the Arctic, further accelerating warming in the Arctic.

Water from rivers flowing into the Arctic could be heated up significantly during heatwaves. On the NOAA image below, the 20 degrees Celsius isobar appears to touch the coastline of the Laptev Sea, with the 25 degrees isobar not far behind. Just below the 20 degrees mark on the map, there's a spot with one-day mean temperatures of over 30 degrees Celsius. 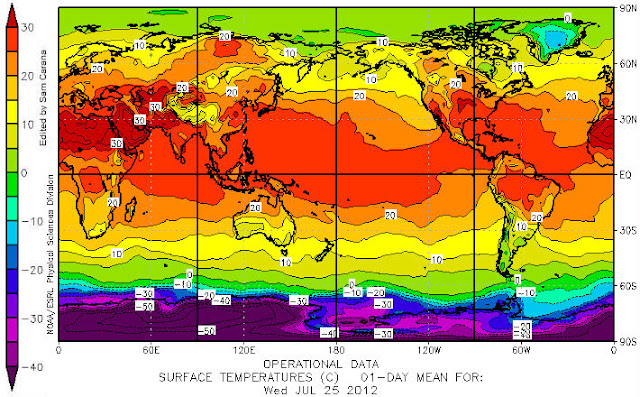 The image below, edited from the Naval Research Laboratory of the U.S. Navy, shows areas with surface temperatures of 8 degrees Celsius and higher in many areas on the edges of the Arctic Ocean from where sea ice has already retreated. 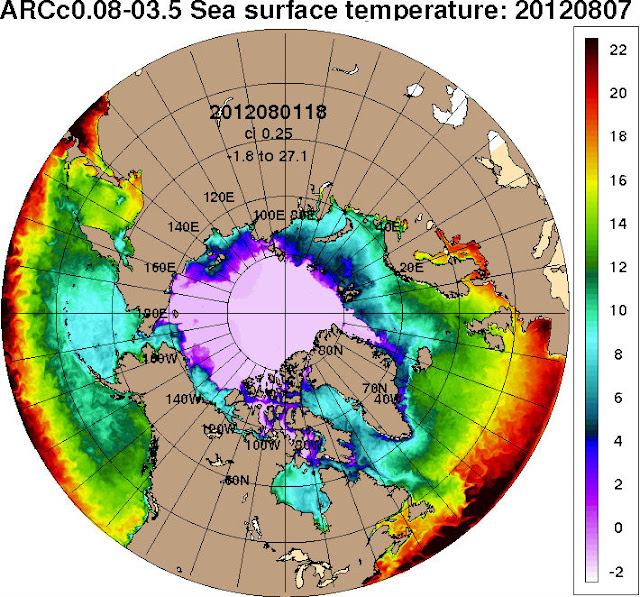 These are huge anomalies, as illustrated by the image below, from the Danish Meteorological Institute. 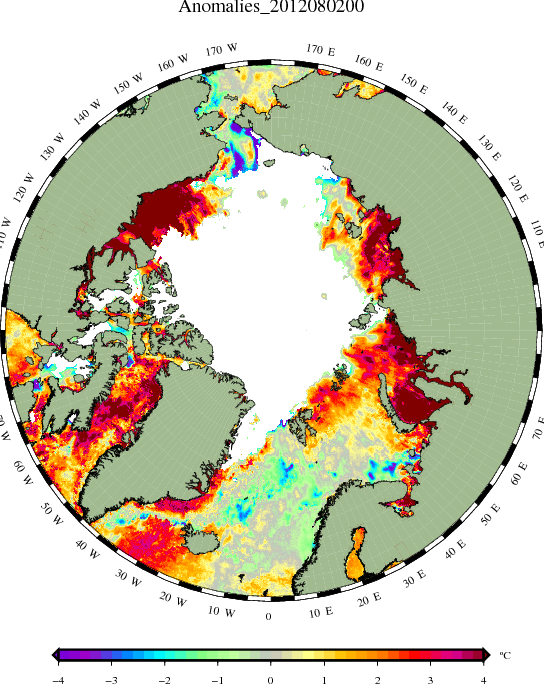 The danger is that high temperatures will trigger methane releases from hydrates and free gas in sediments, as discussed in this post on the potential impact of large abrupt release of methane in the Arctic and this post describing that Greenland is melting at incredible rate. For more on this danger and, importantly, what to do about it, see the presentation Why act now, and how?