The image below shows how much the older, thicker sea ice has declined over the years. This decline doesn't become apparent when focusing on sea ice extent; volume measurements are needed to reveal this decline. 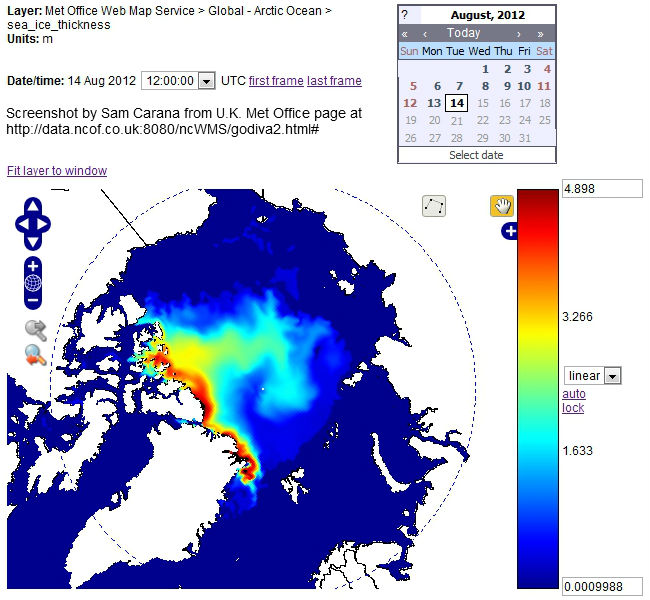 The European Space Agency's CryoSat promises to deliver an even clearer picture. One of the scientists analyzing the CryoSat data, Dr Seymour Laxon, said in April 2012 that CryoSat's volume estimate is very similar to that of PIOMAS, the model developed at the Polar Science Center at the University of Washington.

In a recent interview, Dr Laxon said that if the current trend continues, the Arctic could be ice-free at the height of summer by the end of the decade.

John Nissen, Chair of the Arctic Methane Emergency Group (AMEG), comments: "Dr Laxon failed to mention the data on sea ice thickness that has been collected over many years by sea ice expert Professor Peter Wadhams of the University of Cambridge, who now considers that the Arctic Ocean will be seasonally free of sea ice most probably by September 2016. PIOMAS sea ice volume data suggest that a collapse in sea ice area could occur even sooner, as discussed on the AMEG blog posting."