Another cyclone is raging over the Arctic Ocean. The Naval Research Laboratory image below shows the speed and drift of the sea ice.

Last time a cyclone hit the Arctic, this resulted in a temporary increase in area covered by sea ice, as shown on the Cryosphere Today image below. The cyclone pushed down on the sea ice, flattening it and pushing it sideways. 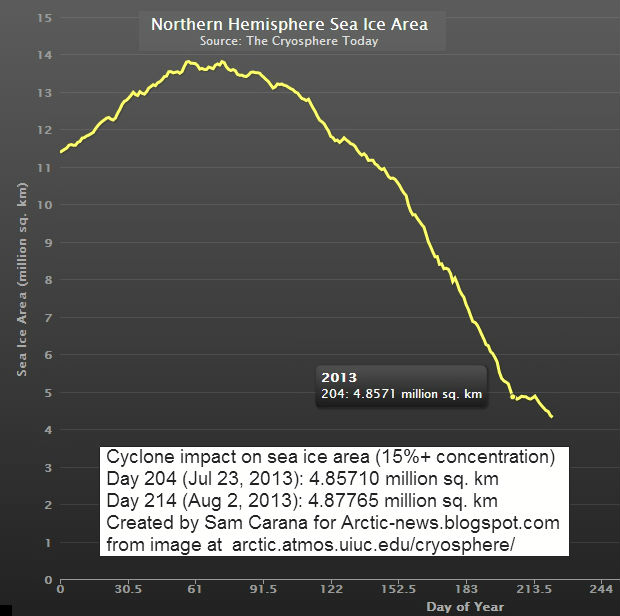 Furthermore, sea ice has since dropped in thickness, as illustrated by the Naval Research Laboratory image below. 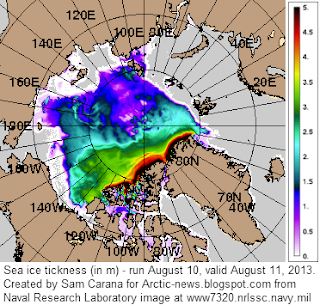 Much of the ice is now less than one meter thick, while some areas close to the North Pole have ice that is only between zero and half a meter thick.

The cyclone is raging most fiercely in those areas and much of the ice is drifting out into the Atlantic Ocean.

Neven mentioned at the Arctic Sea Ice Blog that average thickness (crudely calculated by dividing PIOMAS (PI) volume numbers with Cryosphere Today (CT) sea ice area numbers, see image below) had a very steep drop in July, similar to the drop in 2010. This year's trend line is now lowest, probably signifying that the ice pack is spread out and thin at the edges (read: melting potential).

The image below, from the University of Bremen, Germany, shows sea ice concentration on August 11, 2013. 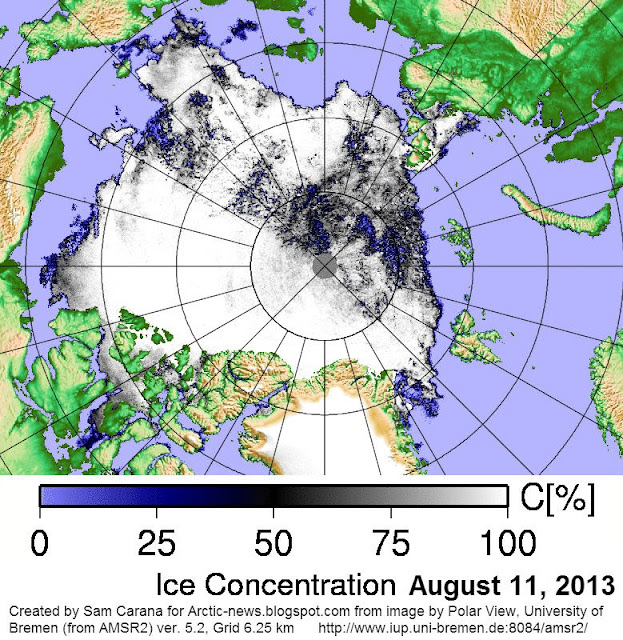