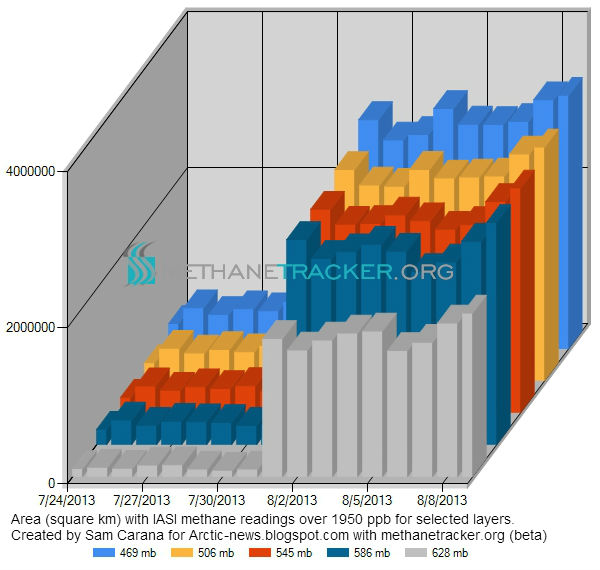 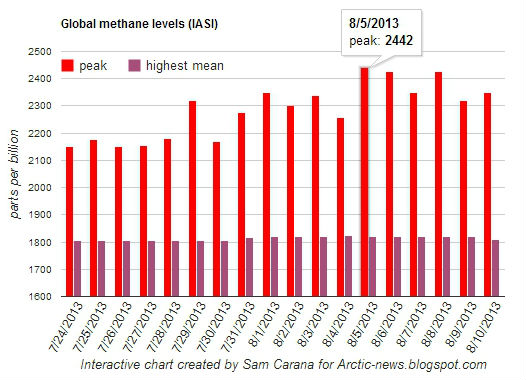 Particularly worrying are high levels of methane over the Arctic Ocean, such as on the image below showing methane levels over 1950 ppb in yellow for selected layers on August 5, 2013 (a.m.).
Methane levels are also very high on the Southern Hemisphere, as illustrated by the image below on the right. High readings have featured over the heights of Antarctica for quite some time, but the high levels of methane over the oceans on the Southern Hemisphere have only shown up recently. They could be caused by one or more methane hydrates getting destabilized in the ocean between Antarctica and South America.
Peter Carter sent the image below, edited from NOAA Earth System Research Laboratory, showing high (and rising) methane levels in Pallas Sammaltunturi (north Scandinavia), measured with surface flasks. 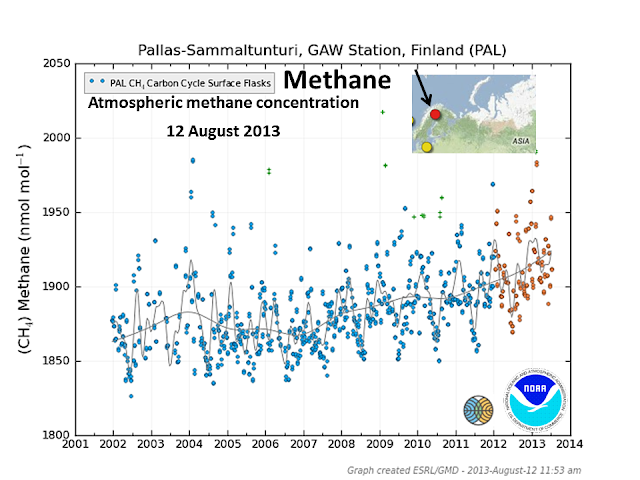 Peter also added the image below, pointing at high methane levels in Lac La Biche, Northern Alberta, Canada. “What to make of it?”, Peter adds, “It is not far from the Tar Sands - that does have a methane problem, but it is basically wetland peat region vicinity which is why I checked it.” 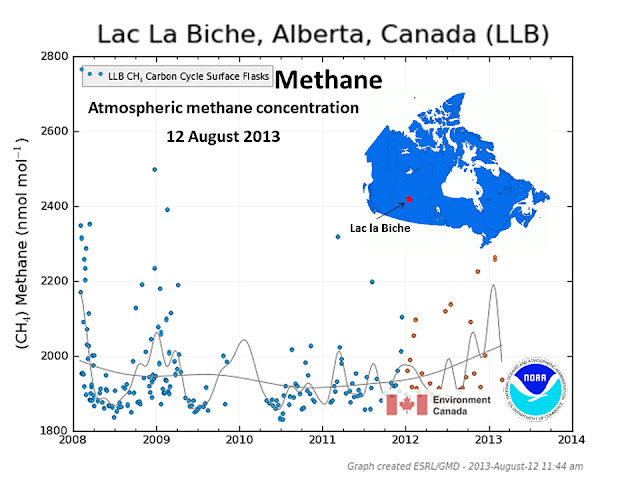