To see a 3-D animation of the decline of Arctic sea ice volume over the years, click on the play button below.

The image below was part of last year's post Polar jet stream appears hugely deformed. The image highlights that Arctic sea ice minimum volume in 2012 was only 19.3% what it was in 1979. The background image, prepared by Wipneus, shows an exponential trend projecting a 2013 minimum of only 2000 cubic km of sea ice, with a margin of error that allows Arctic sea ice to disappear altogether this year, i.e. in less than six  months time. 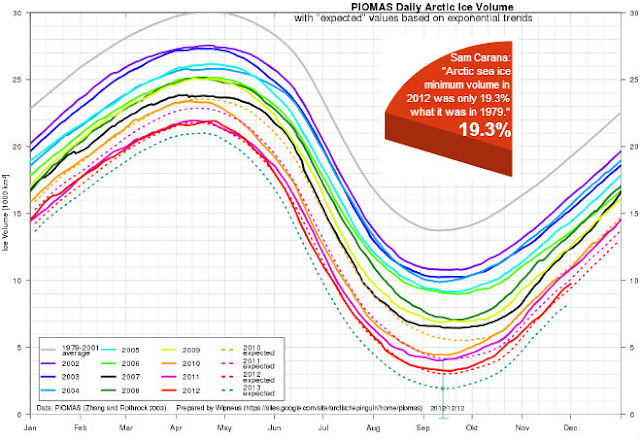