Something had to give - Baffin Island hit by M4.6 earthquake

An earthquake with a magnitude of 4.6 on the Richter scale hit Baffin Island on February 12, 2015, at 02:11:40 (UTC). The image below, from the United States Geological Survey (USGS), shows the epicenter of the quake. 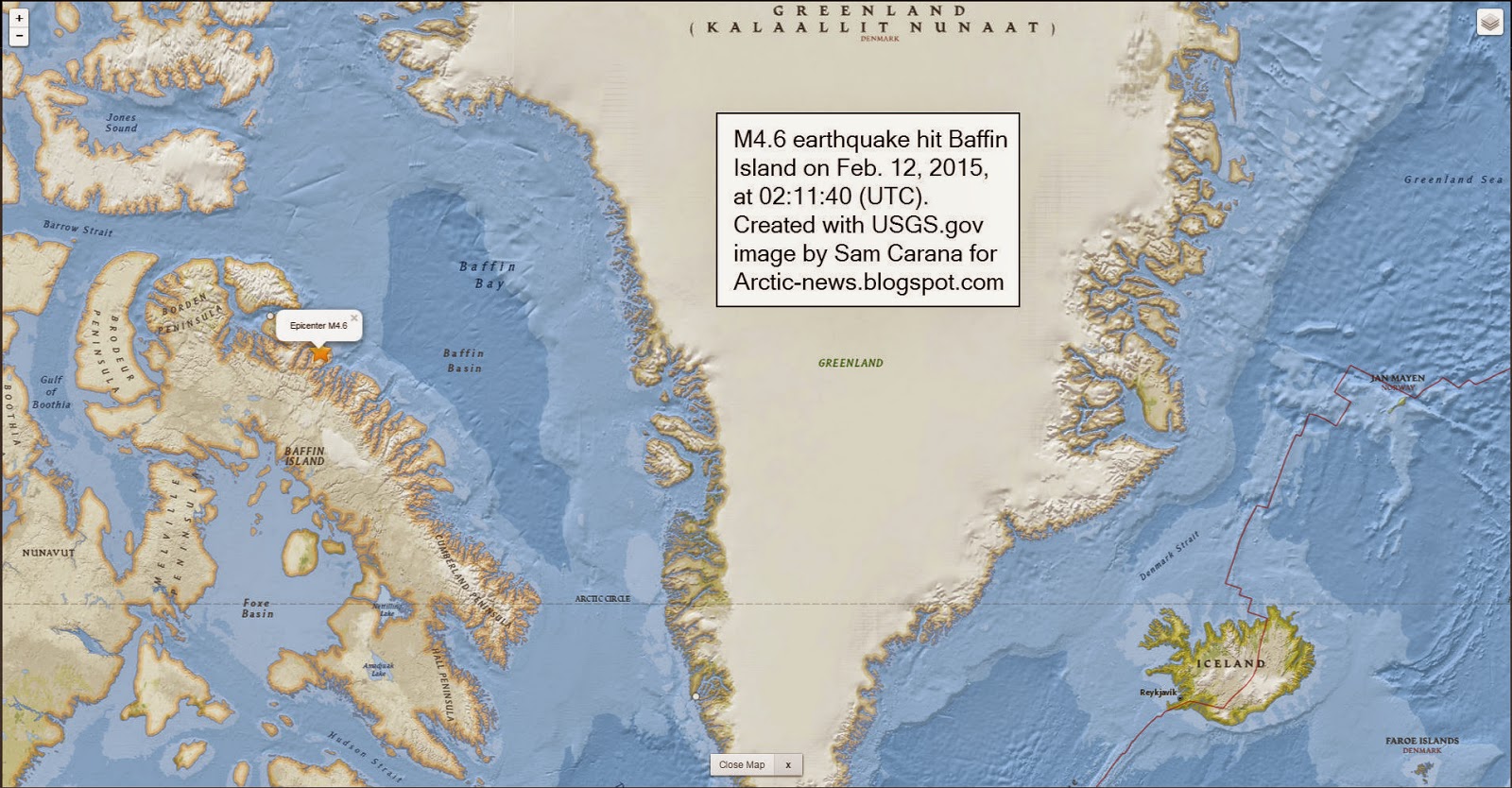 The image below shows pressure differences reaching the top and bottom ends of the scale (left). At the same time, sea surface temperature anomalies around North America and Greenland are at the top end of the scale (right). It appears that something had to give.

This earthquake is important, given that it hit an area without large faultlines (though earthquakes are common here, also see this discussion). The Baffin Island earthquake occurred in an area prone to glacial isostatic adjustment, as illustrated by the image below.

This M7.1 is the largest earthquake to hit the area around Greenland in a decade or more. And it's not just this one that has recently hit the area. The image below shows the recent Baffin Island quake in yellow, and the earthquakes that occurred today at the Northern Mid-Atlantic Ridge in orange. Furthermore, there are recent quakes on Iceland in orange and yellow. There were also three large earthquakes in the Greenland Sea, the 4.6 one is highlighted in blue (otherwise it would have been hidden). 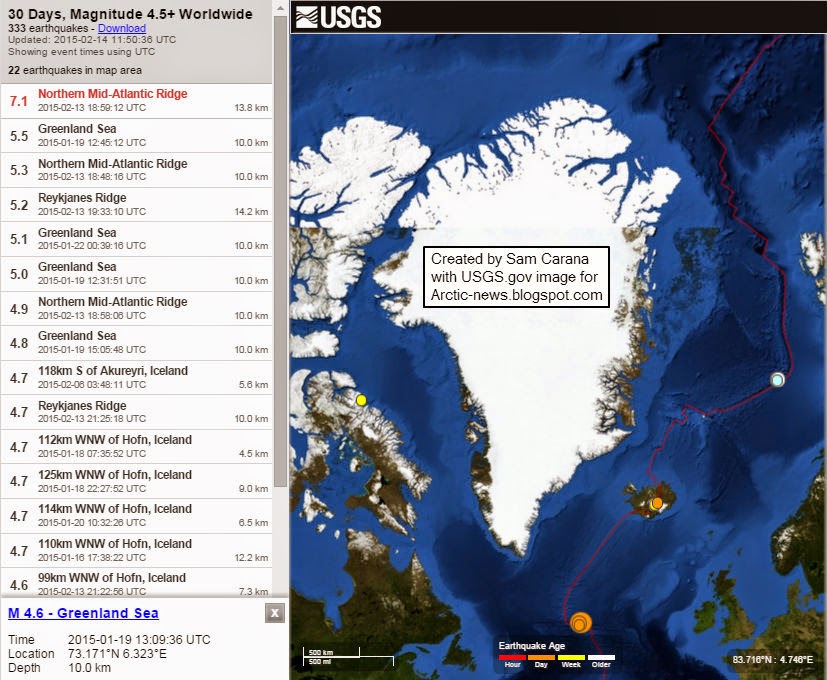 The image below gives an impression of extreme weather events on February 13-14, 2015.

Boston has meanwhile run out of room to dump snow, while roofs have collapsed in Massachusetts under the weight of the snow. Lnks between extreme weather events and earthquakes have been discussed before. Extreme weather events look set to intensify as temperatures in the Arctic keep rising. This is very worrying, given the vulnerability of methane under the seafloor of the Arctic Ocean. Furthermore, there are also indications that methane could be released from Greenland due to sequences of strong compaction and expansion of the snow and ice cover, due to extreme weather events.
High methane levels have recently been recorded in the atmosphere over the Arctic Ocean, including over Baffin Bay. 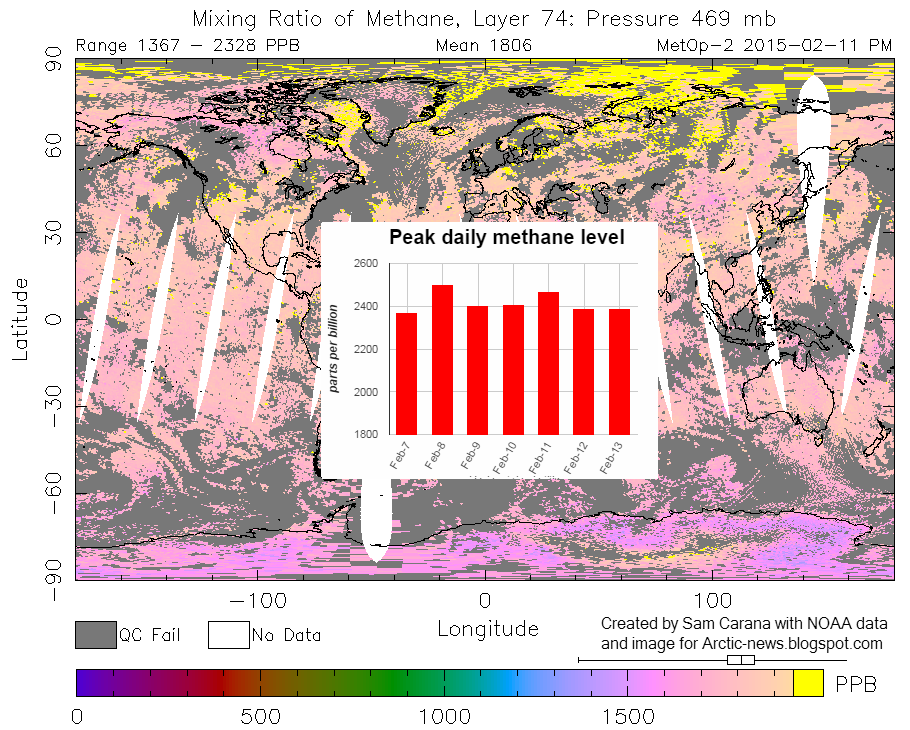 Methane is present in sediments under the Arctic Ocean in the form of free gas and hydrates. Earthquakes can send out strong tremors through the sediment and shockwaves through the water, which can trigger further earthquakes, landslides and destabilization of methane hydrates.
As temperatures in the Arctic keep rising, the jet streams and polar vortex are changing their shape, in particular becoming more wavy, which can cause more extreme weather events such as the events described above.