High temperatures in the Arctic

The NOAA map below shows sea surface temperature anomalies above 8 degrees Celsius in the Arctic Ocean. 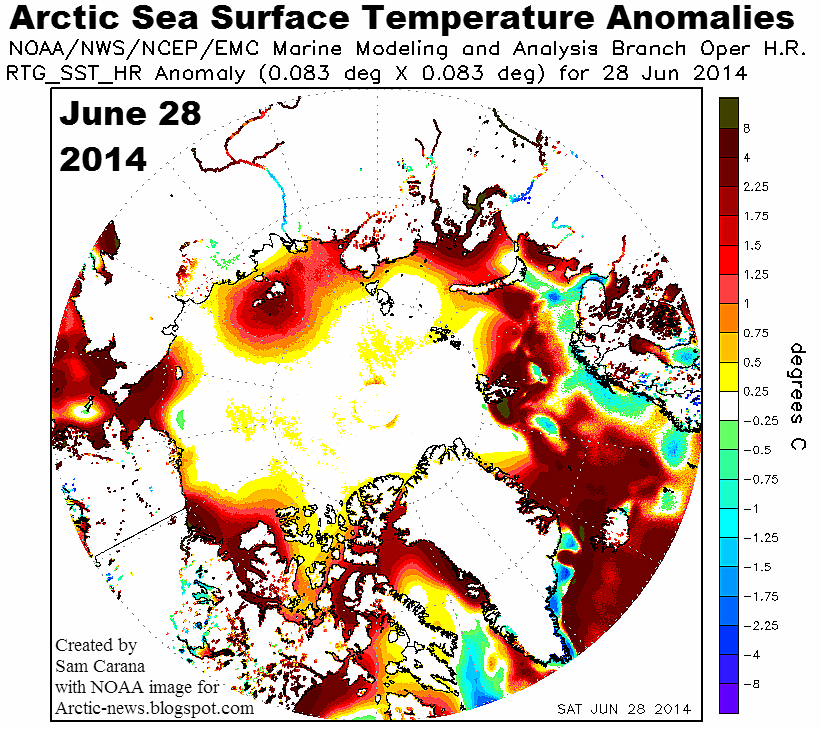 These anomalies are very high, considering that it is now June and the melting season has only just begun. 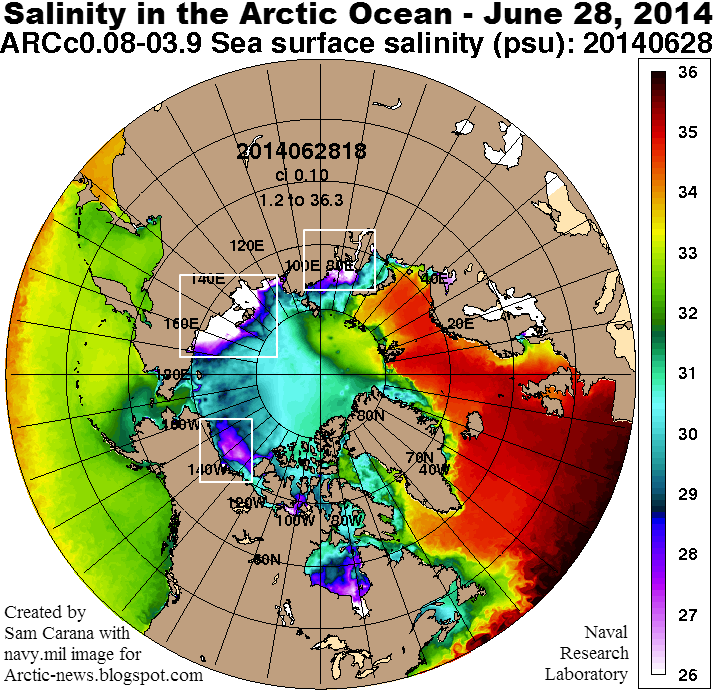 Accelerated warming of the Arctic has changed (and is still further changing) the Jet Streams, increasing the occurence of heat waves on the Norhern Hemisphere that cause huge amounts of warm water to flow into the Arctic Ocean. This is illustrated by the animation below.

Another spot to watch, indicated on above map with the bottom white rectangle, is where the Mackenzie River flows into the Beaufort Sea. In this area, sea surface temperatures up to ~17°C (63°F) were recorded from June 26 to 28, 2014, as illustrated by the image below. 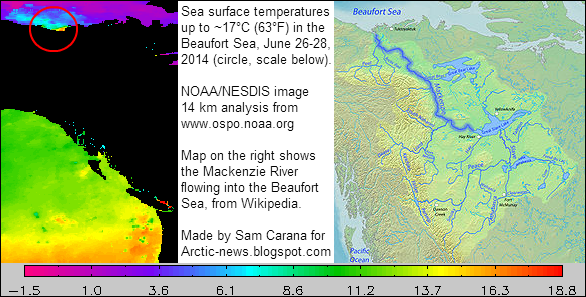 As the map below shows, similarly high sea surface temperatures were recorded in the Bering Strait. 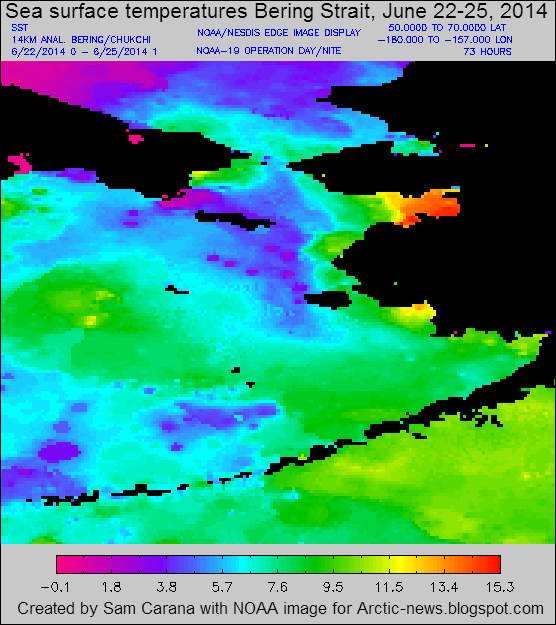 In Greenland, meltwater percolation is causing latent heat transport into the firn, making it warm up by as much as +5.7°C at midlevel elevations (1400–2500 m), according to a recent study by Polashenski et al. 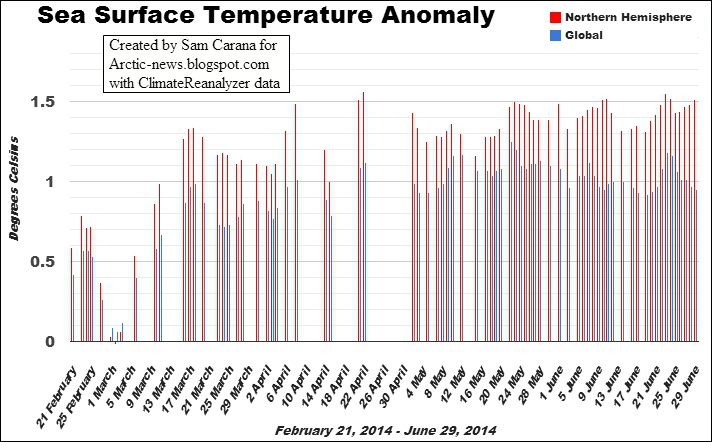 The situation is particularly dire for the Arctic Ocean, due to the very warm water on the Northern Hemisphere, currently featuring a sea surface temperature anomaly above 1.5º C, as illustrated by above image. 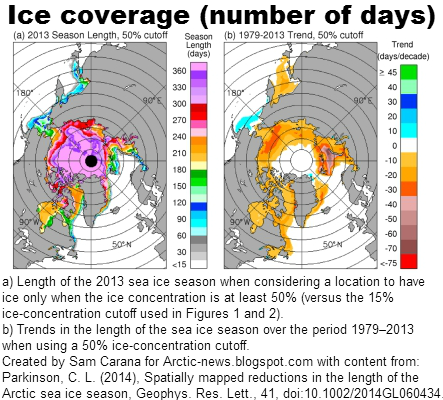 The prospect of an El Niño event striking this year now is 90%, according to predictions by the European Centre for Medium-range Weather Forecasts.

This is still months away, and the number of days the Arctic Ocean is covered by sea ice has fallen dramatically over the years, as illustrated by the image on the right, from a recent study by Claire Parkinson.

The danger is that heat will penetrate sediments underneath the Arctic Ocean that contain huge amounts of methane in the form of hydrates and free gas, resulting in huge eruptions of methane from the seafloor of the Arctic ocean, as described at the methane-hydrates blog.

This risk is intolerable and calls for comprehensive and effective action, as discussed at the Climate Plan blog.