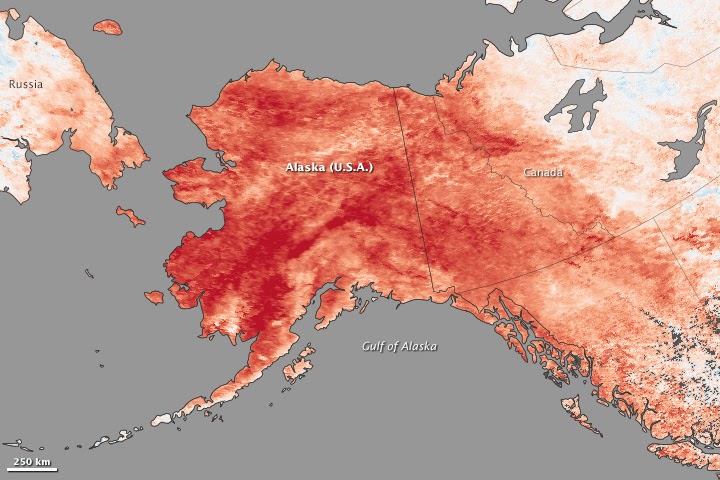 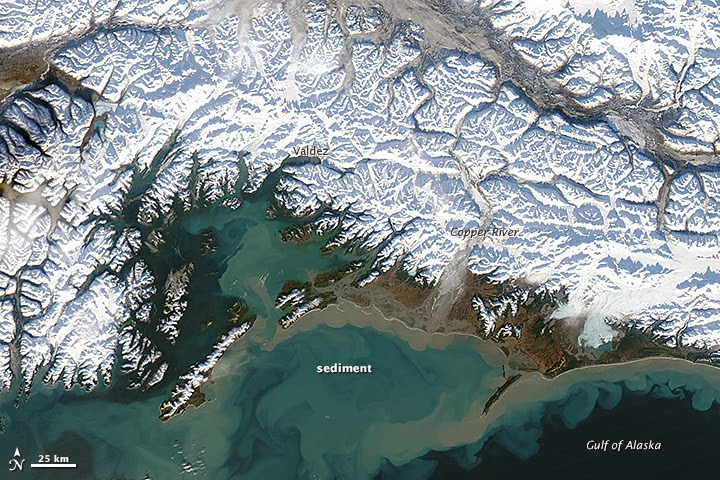 Warmer temperatures over the Arctic have resulted in a slowdown of sea ice are growth, as illustrated by the image below (yellow line top left shows 2014 values). 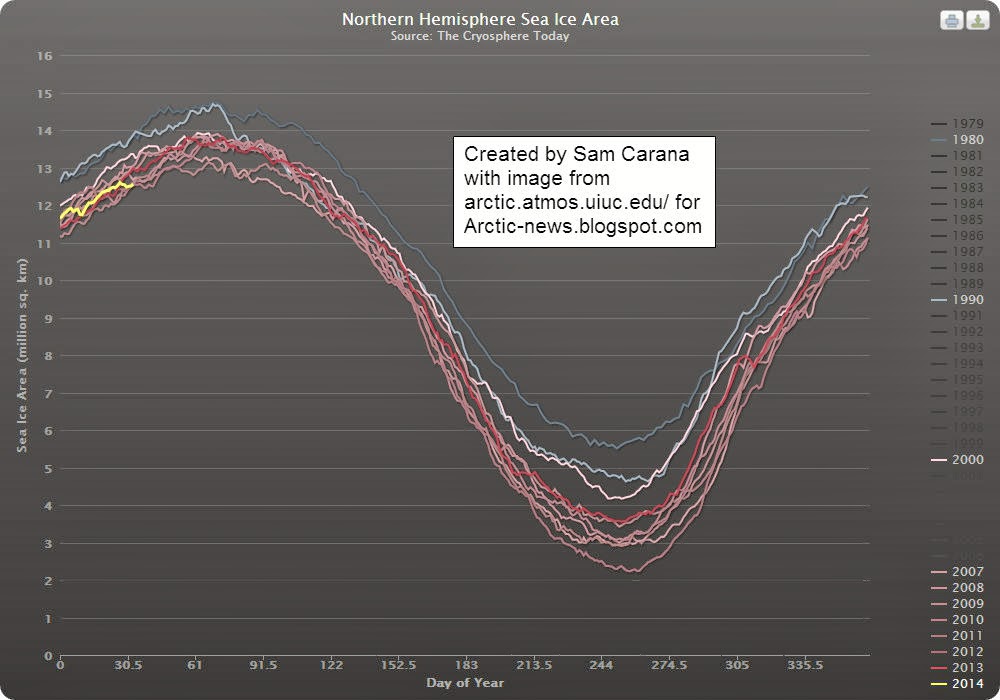 - Forecast: America to be hit by temperatures as low as minus 40 degrees
http://arctic-news.blogspot.com/2014/01/forecast-america-to-be-hit-by-temperatures-as-low-as-minus-40-degrees.html