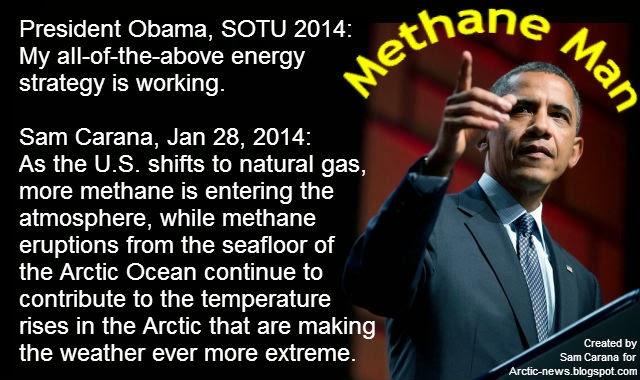 At the 2014 State of the Union address, President Obama said that the all-of-the-above energy strategy he announced a few years ago is working, describing natural gas as the bridge fuel that can power our economy.

President Obama said: "Businesses plan to invest almost $100 billion in new factories that use natural gas. I’ll cut red tape to help states get those factories built, and this Congress can help by putting people to work building fueling stations that shift more cars and trucks from foreign oil to American natural gas."

President Obama added: "And when our children’s children look us in the eye and ask if we did all we could to leave them a safer, more stable world, with new sources of energy, I want us to be able to say yes, we did."

Sadly, President Obama doesn't. President Obama missed yet another opportunity to articulate a plan to shift to genuinely clean energy, and instead chose to persist supporting all types of energy, in particular natural gas.

As the U.S. shifts to natural gas, more methane is entering the atmosphere. At the same time, methane eruptions from the seafloor of the Arctic Ocean continue to contribute to the temperature rises in the Arctic that are making the weather ever more extreme. The image below shows surface temperature anomalies above 20°C in the Arctic, while anomalies below -20°C feature at lower latitudes. 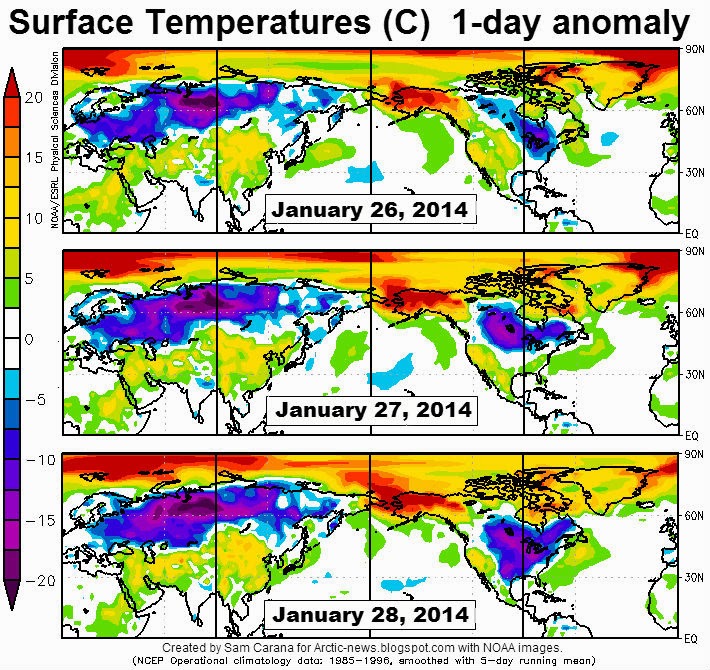