The high methane levels over the Arctic Ocean, the biggest story of 2013, continue in 2014, as illustrated by the image below. 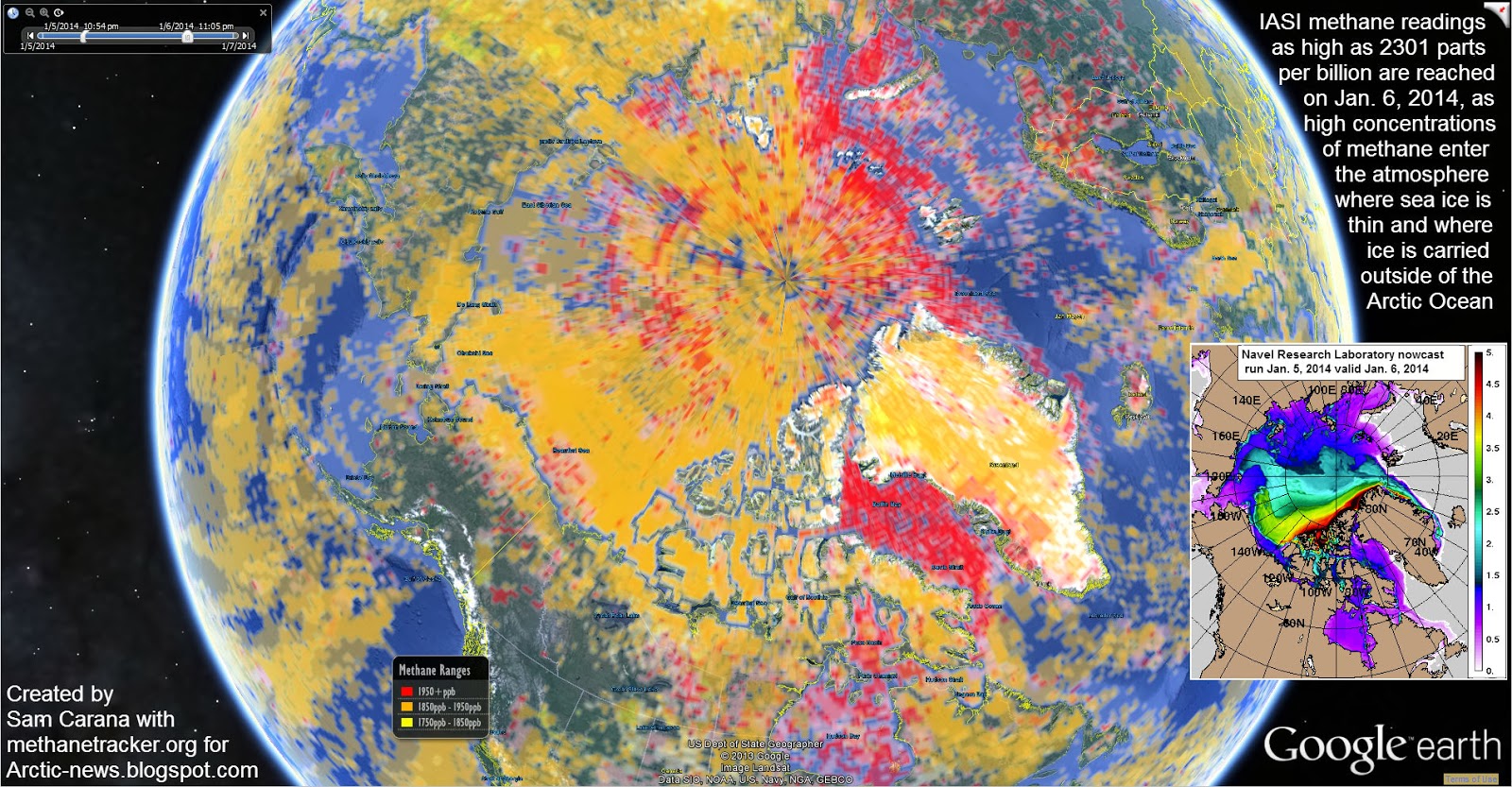 The inset shows ice thickness on January 6, 2014. The inset highlights the huge amounts of sea ice that are carried by the sea current from the north of Greenland into the Atlantic Ocean. 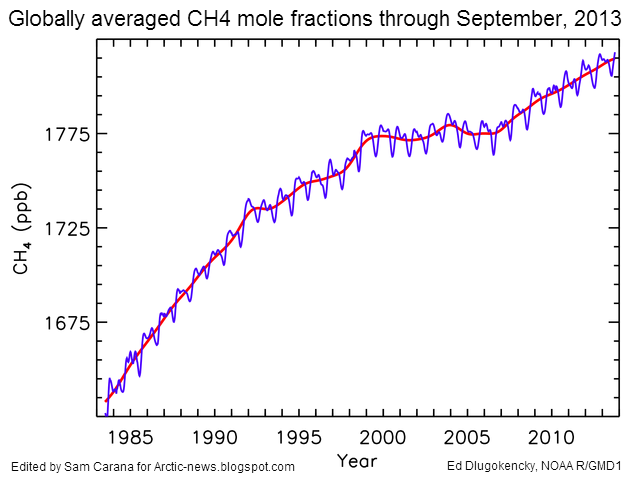 The image below shows readings from surface flask at Mauno Loa, Hawaii, with two recent readings (in the top right corner) reaching levels close to 1880 ppb. 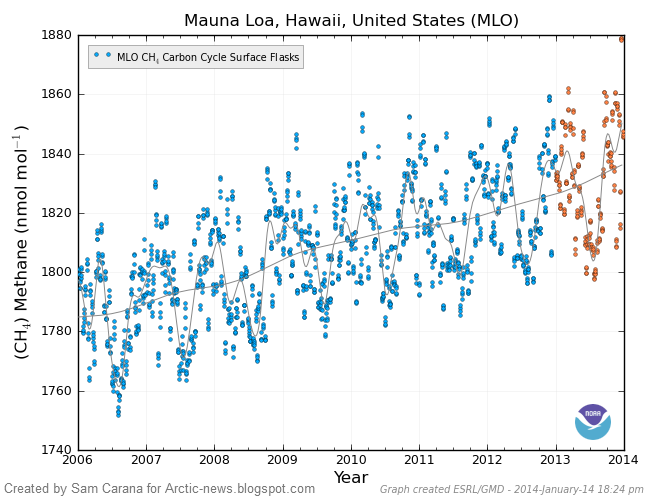 Clearly, methane levels are rising globally and high releases over the Arctic Ocean are contributing to the global rise. The images below show recent data from stations in the Arctic, i.e. the image below showing readings from in situ measurements at the station at Barrow, Alaska, and the image further below showing flask samples taken at Tiksi, Russia. 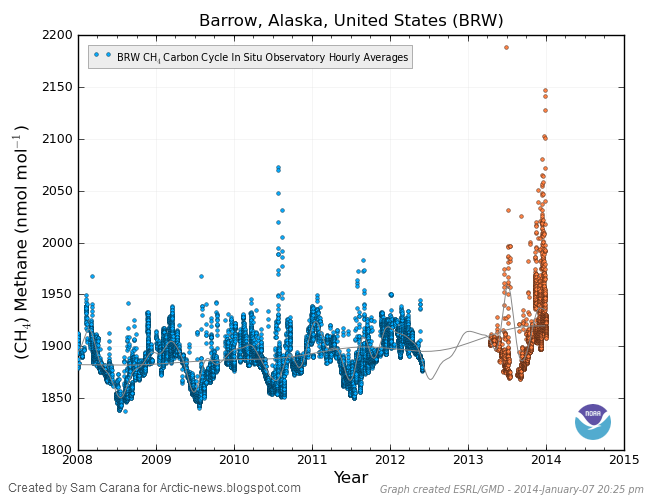 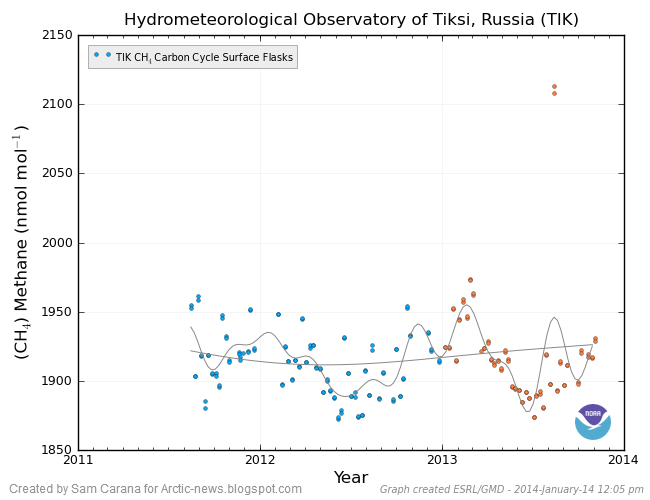 Note that the above images reflect land-based measurements taken at altitudes that are typically too low to capture the extent at which methane is rising in the atmosphere over the Arctic Ocean. Nonetheless, the wind can at times carry along some of the methane from the Arctic Ocean, as is apparent in a number of readings in above images showing levels of over 2100 ppb.

The image below shows high methane releases over the Arctic Ocean, as recorded on (part of) January 7, 2014, when levels were reached as high as 2381 ppb. 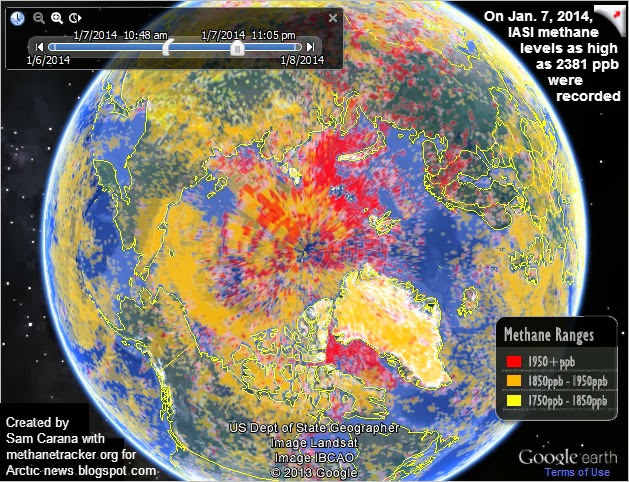 The image below shows methane levels on (part of) January 8, 2014, when levels as high as 2341 ppb were recorded. The inset confirms indications that these high levels originate from the Arctic Ocean. 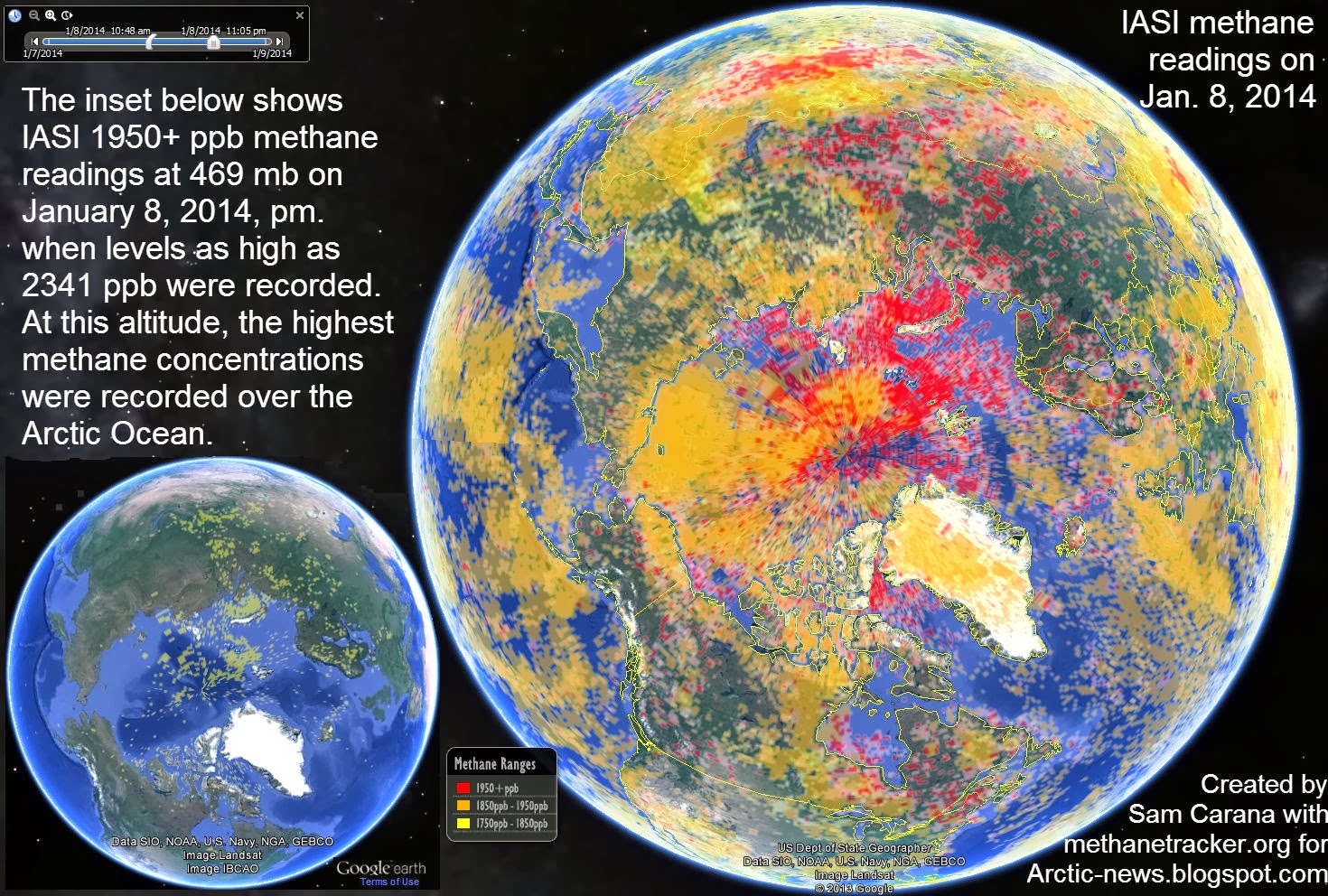 These high methane concentrations over the Arctic are contributing to high temperature anomalies that further accelerate warming in the Arctic, as illustrated by the image below. 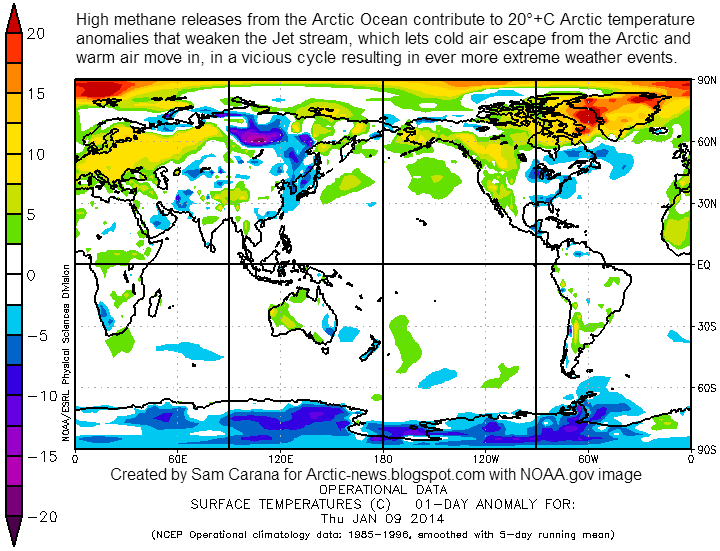 For a more detailed description of the kinds of warming and feedbacks that are hitting the Arctic, see the post The Biggest Story of 2013.