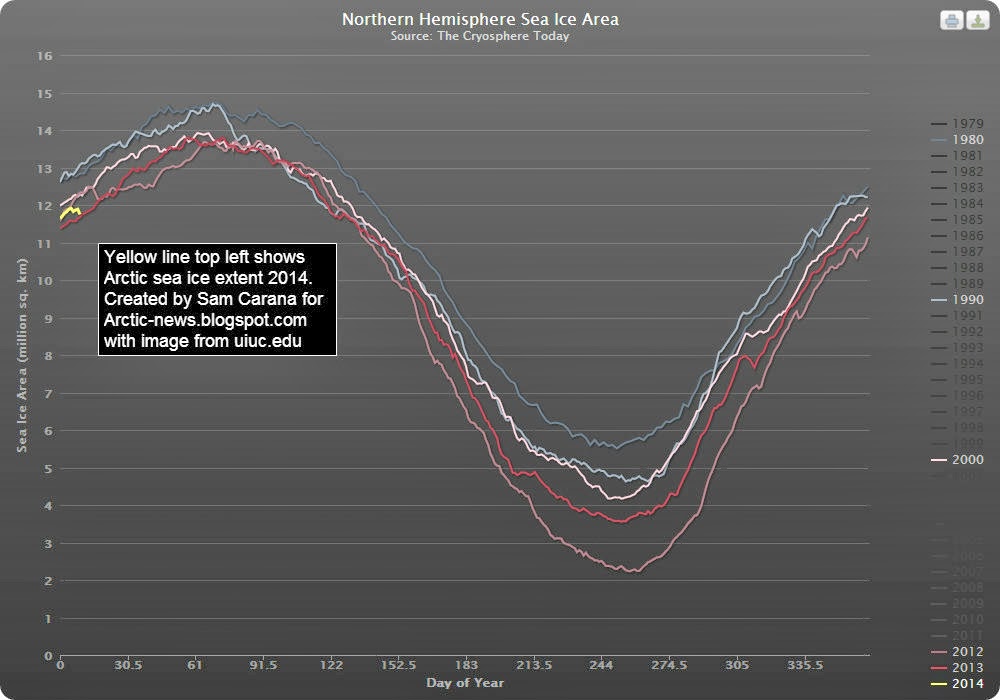 Methane levels over the Arctic remain extremely high. The image below shows methane readings for the period January 1 - 11, 2014, with the inset showing the situation in 2013 for the same period. 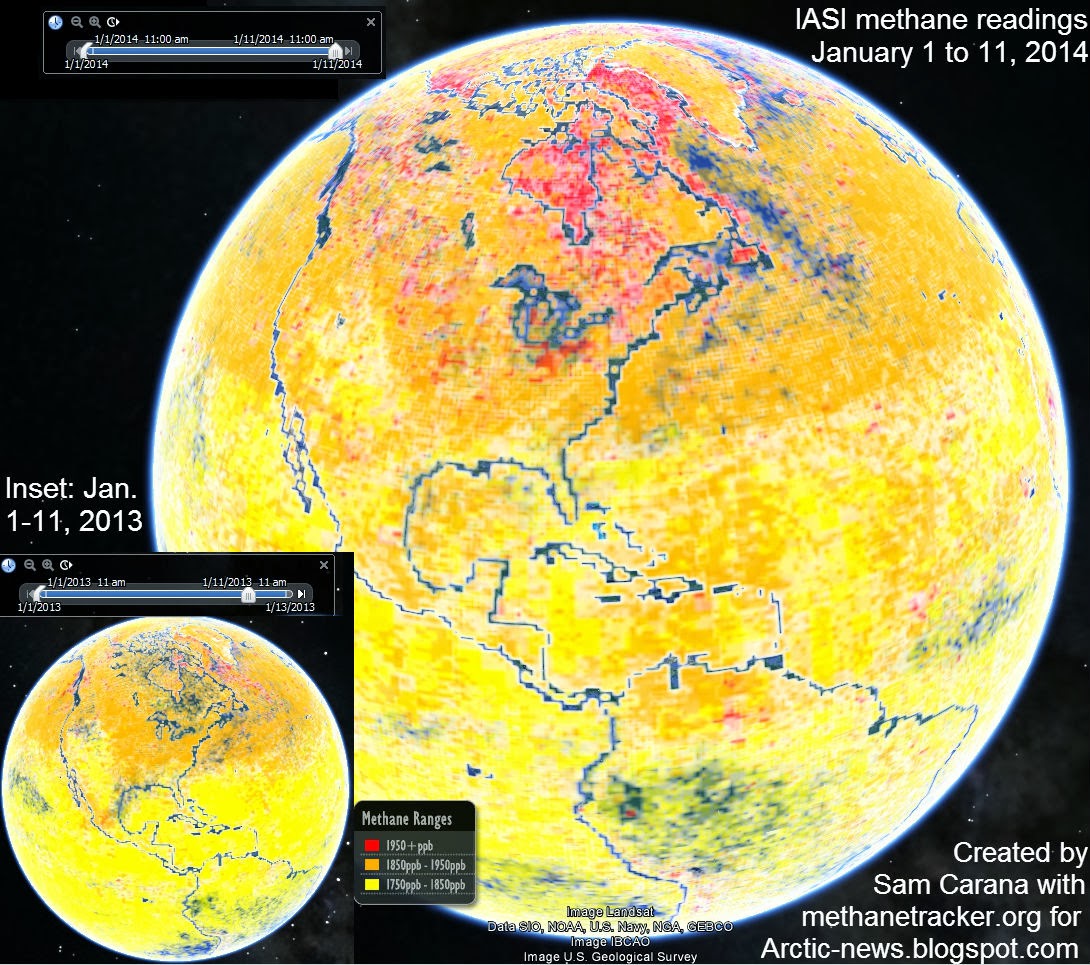 Similarly, the image below makes a comparison between methane recorded in 2013 and in 2014 for this period (January 1-11), this time focusing on the Arctic and only showing methane readings of 1950 ppb and higher in yellow. 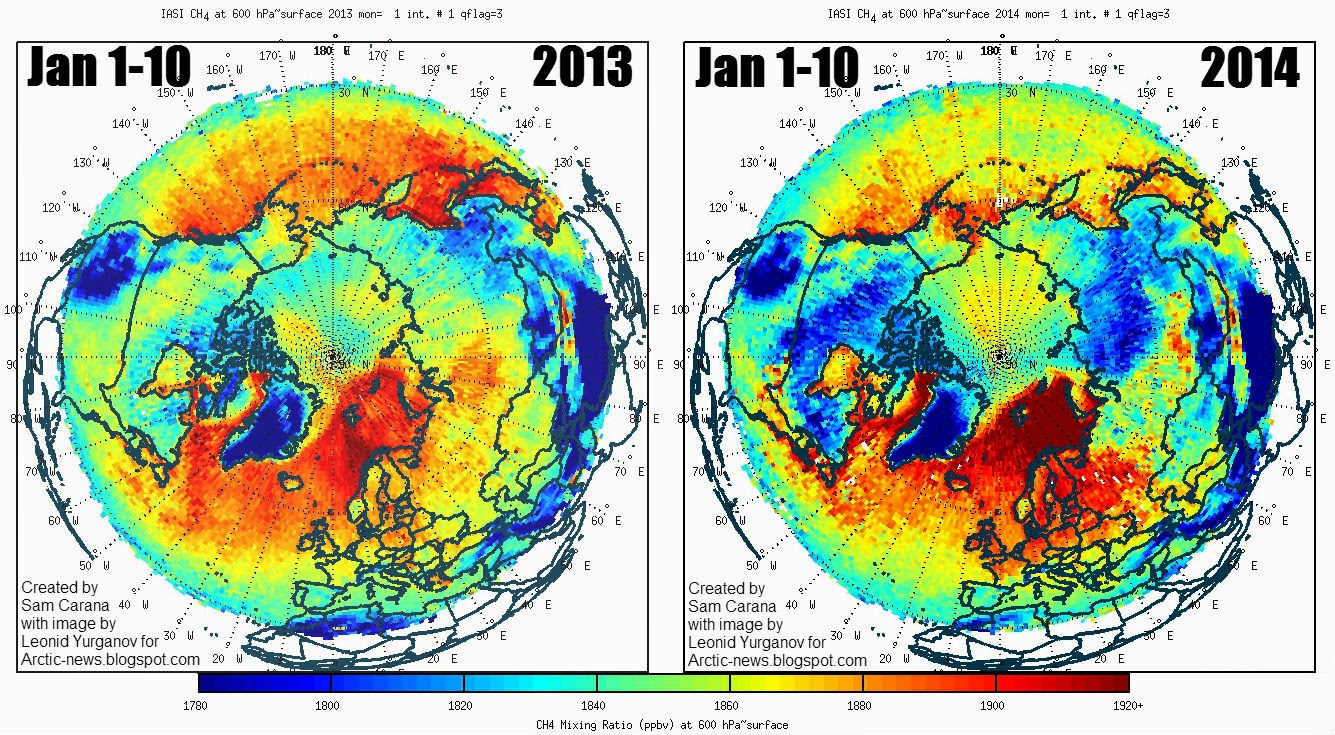 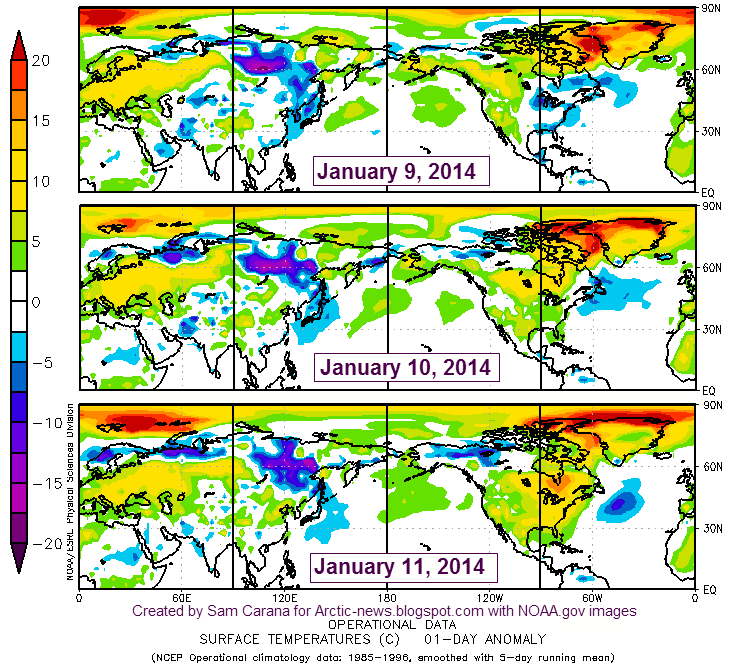 In conclusion, the Arctic is hit by three kinds of warming, while there are at least 13 feedbacks that further accelerate warming in the Arctic, as described in the post The Biggest Story of 2013.