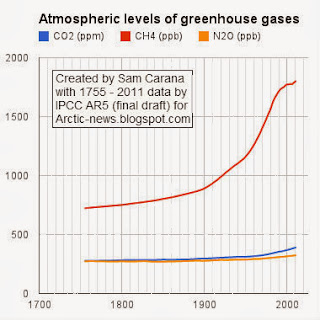 The image on the right, created with IPCC data, shows that methane levels have risen even stronger than levels of two other greenhouse gases, i.e. carbon doxide (CO2) and nitrous oxide (N2O).

Methane levels have risen strongly over the past few years, especially over the Arctic.

Previous posts at this blog have illustrated that, from early October 2013, high methane readings have shown up persistently over the depths of the Arctic Ocean.

The persistence of these readings indicates that this methane wasn't blown there from elsewhere. Furthermore, the presence of methane appears to line up closely with the fault line that crosses the Arctic Ocean and extends into Siberia and further into the Sea of Okhotsk.

The latest data show a continuation of this worrying methane presence over the Arctic Ocean. 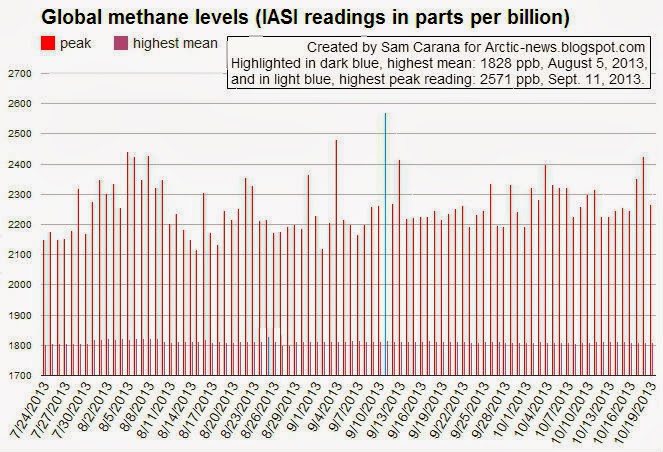 On October 18, 2013, readings of up to 2426 ppb were recorded. As the above image shows, high peak readings have occurred over the past few months. Currently, however, high readings can be more clearly attributed to methane venting from the depths of the Arctic Ocean. On the image below, methane shows up very prominently over the Arctic Ocean. 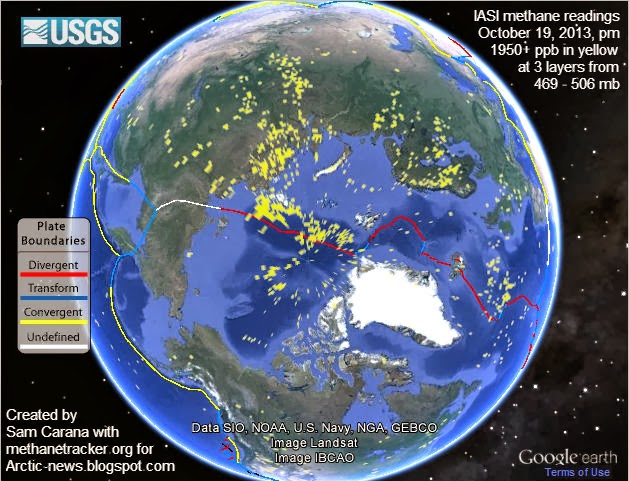 For more background, see posts below.