From where the Mid-Atlantic ridge enters the Arctic Ocean, it is called the Gakkel Ridge. The fault continues as the Laptev Sea Rift, on to a transitional deformation zone in the Chersky Range in Siberia, then the Ulakhan Fault between the North American Plate and the Okhotsk Plate, and then continues as the Aleutian Trench to the end of the Queen Charlotte Fault system. 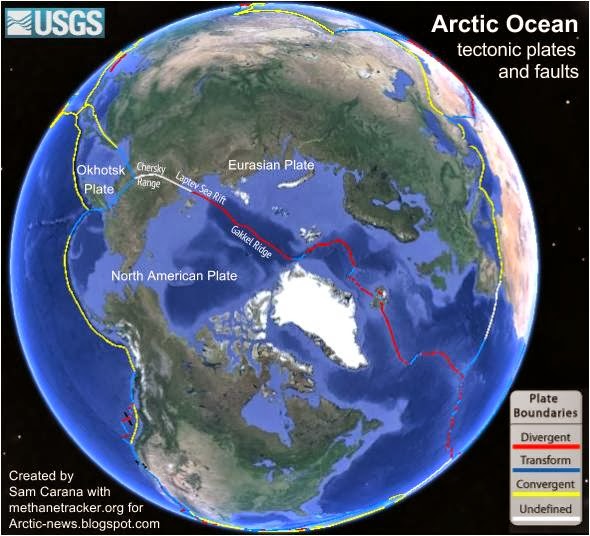 Above map shows the location of some of the main points of interest, i.e. the Laptev Sea Rift and the Gakkel Ridge, where high methane readings have been recorded recently, as shown in the image below. Indicated in yellow are all methane readings of 1950 ppb and over, for a period of just over one day, October 19 - 20, 2013. 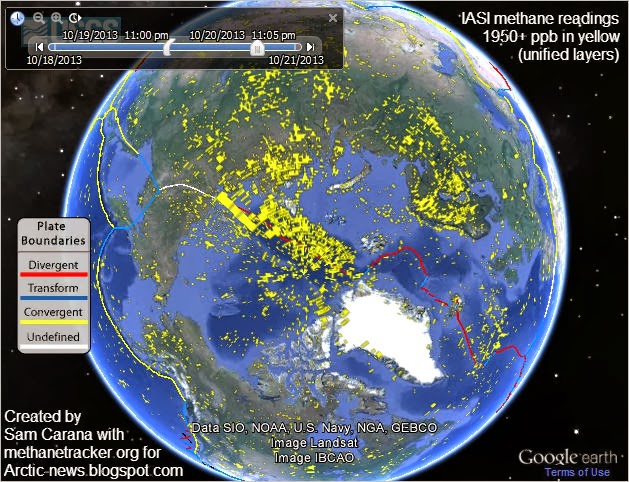 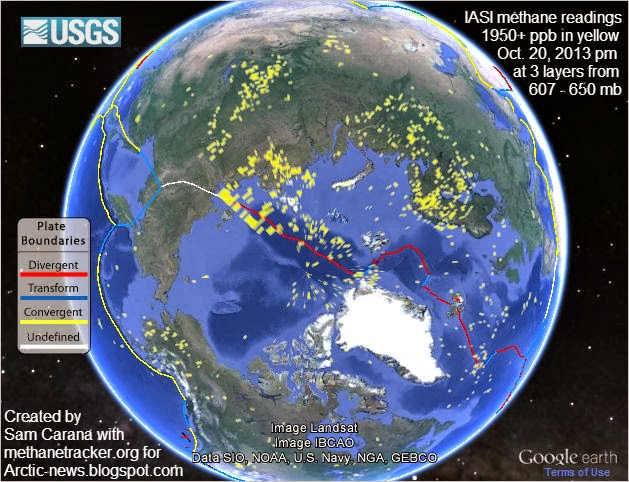 This is a very dangerous situation, since high levels of methane have been recorded over the Arctic Ocean for more than a month now. Furthermore, large amounts of methane have vented in the Laptev Sea area in previous years. Added below is an edited part of a previous post, Unfolding Climate Catastrophe. 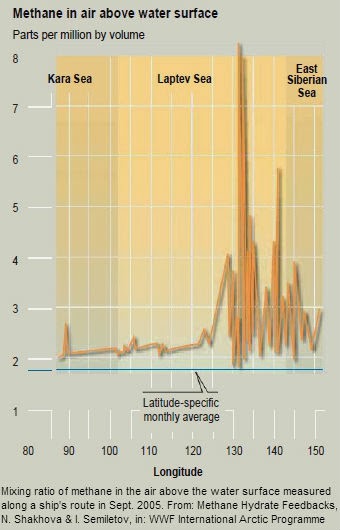 In 2007, concentrations of dissolved methane in the water column reached a level of over 5141 nM at a location in the Laptev Sea. For more background, see the previous post, Unfolding Climate Catastrophe. 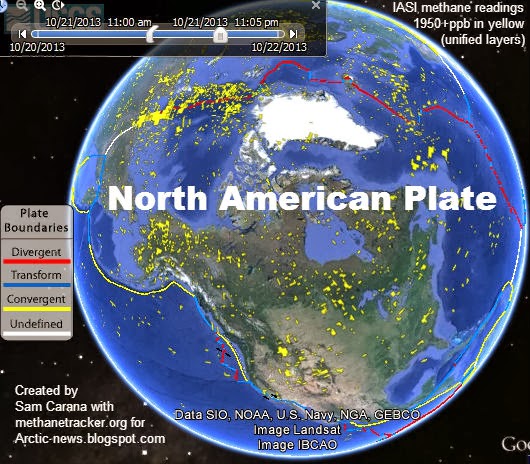