What will the Arctic Sea Ice look like in September 2013?

Several projections for Arctic sea ice extent are being discussed at places such as ARCUS (Arctic Research Consortium of the United States) and the Arctic Sea Ice Blog. The image below, from ARCUS, shows various projections of September 2013 arctic sea extent (defined as the monthly average for September) with a median value of 4.1 million square kilometers, with quartiles of 3.8 and 4.4 million square kilometers. 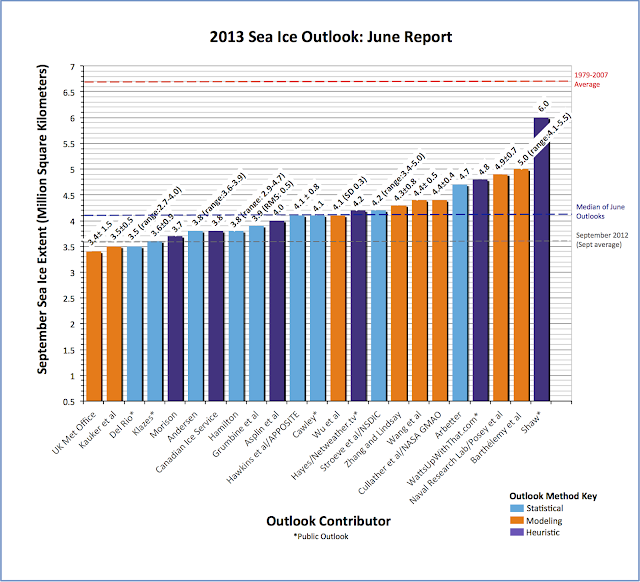 Note that sea ice extent in the above projections is defined as area of ocean with at least 15% ice, in line with the way the NSIDC calculates extent. By contrast, the Danish Meteorological Institute includes areas with ice concentration higher than 30% to calculate ice extent. 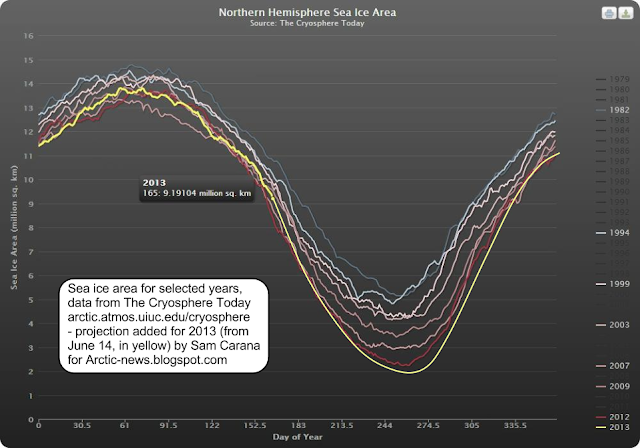 Above image shows Sam Carana's projected minimum area of 2 million square km for 2013, based on data by Cryosphere Today and on numerous factors, such as continued warming of the water underneath the ice, stronger cyclones, etc. 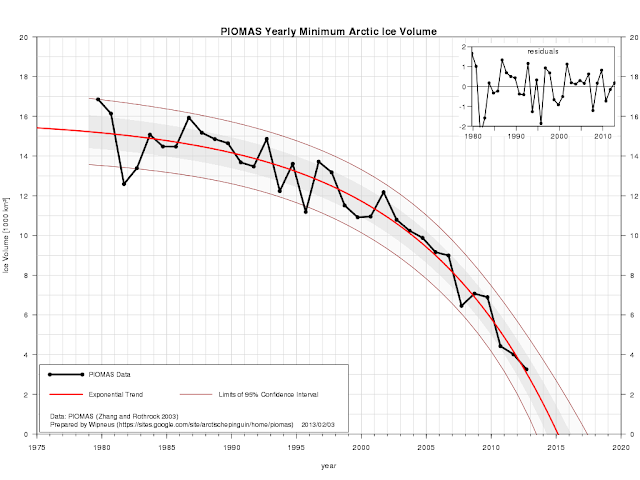 Roughly in line with above image, by Wipneus, Sam Carana's projection for Arctic sea ice minimum volume is 2,000 cubic km in September 2013.

Readers are invited to submit comments below with further projections.