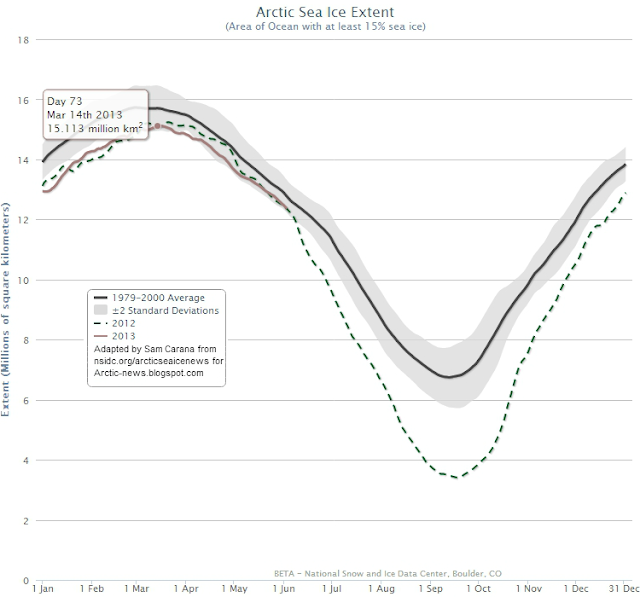 The animation below, by Neven of the Arctic Sea Ice blog, shows the impact of a cyclone over the sea ice from May 26th to June 2nd.


For more details on this cyclone, see the coverage at the Arctic Sea Ice blog. Also see the animation below, from the Naval Research Laboratory, showing sea ice thickness (in m) over the past 30 days.

Finally, the snow cover anomaly map below shows the situation for May 2013, compared with average snow cover for May from 1971 to 2000. Areas in orange and red indicate lower than usual snow cover, while regions in blue had more snow than normal.

Weekly and daily data from the Global Snow Lab show that May began with greater-than-average snow cover in Tibet and the Great Plains of Canada and the United States. By the end of the month, however, snow extent was near average to lower than average throughout the Northern Hemisphere, and much lower than average in northeastern Siberia. Overall, snow cover in May 2013 was the lowest on record in forty-seven years of data for Eurasia, and third lowest overall for the Northern Hemisphere, trailing only 2012 and 2010.