The image below, from Arctic-roos.org, shows Arctic sea ice extent up to September 6, 2015. 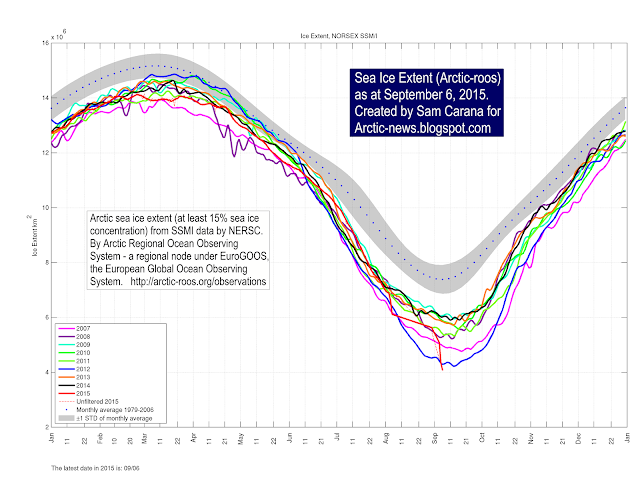 The image shows a recent drop in sea ice extent that is so dramatic (red line, i.e. extent for the year 2015) that some think that it must be a glitch in the system. Even so, it should act as a warning about deterioration of the sea ice in the Arctic.

As discussed in earlier posts, the sea ice today is in a terrible condition. Thick sea ice is virtually absent compared to the situation in the year 2012 around this time of year, as illustrated by the image below that compares sea ice thickness on September 5, 2012 (left panel) with September 5, 2015 (right panel). 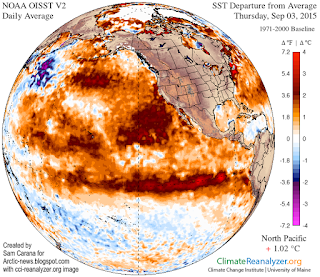 Furthermore, sea surface temperatures are very high. The North Pacific, on September 3, 2015, was more than 1°C (1.8°F) warmer than it was compared to the period from 1971 to 2000, as illustrated by the Climate Reanalyzer image on the right. 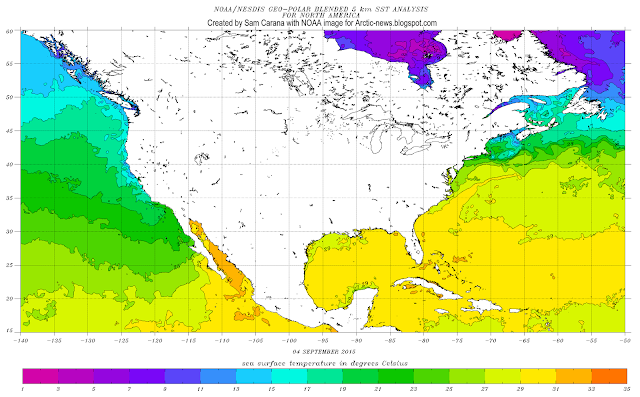 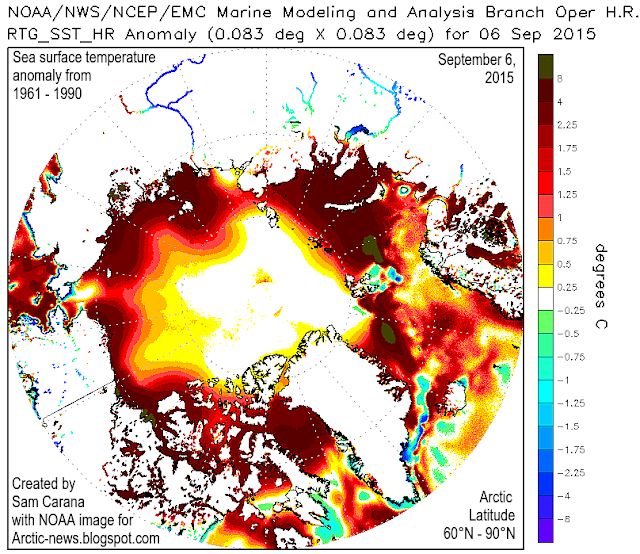 Above image below shows sea surface temperature anomalies in the Arctic as at September 6, 2015.

As the Arctic warms up faster than the rest of the world, the jet stream becomes ever more destabilized, as illustrated by the image below. 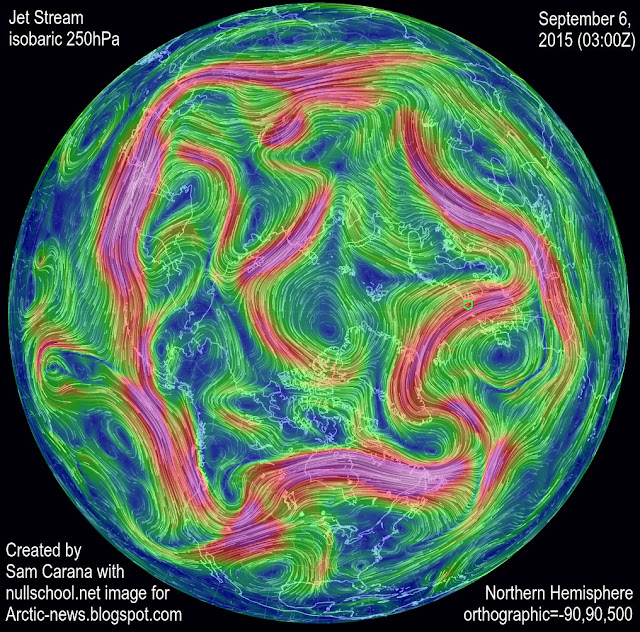 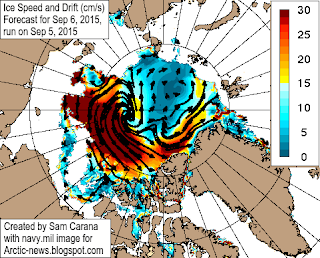 The image on the right, from the Naval Research Laboratory, shows sea ice speed and drift as forecast on September 5, 2015, for September 6, 2015.

The situation looks set to get worse. Warm oceans increase the chance that strong winds will emerge that can have a devastating impact on the remaining sea ice in the Arctic.

As the September 7, 2015, image below right shows, cyclones are lining up in the Pacific Ocean, with their strongest impact yet to hit the Arctic Ocean. 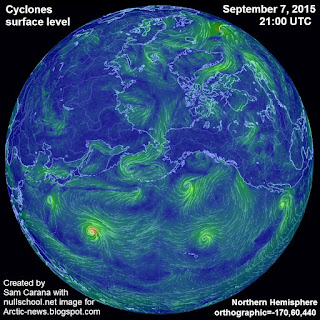 There still is some time to go before sea ice can be expected to reach its minimum, at around half September 2015, while sea currents will continue to carry warmer water into the Arctic Ocean for months to come.

There is a strengthening El Niño, while more open water increases the chance that storms will develop that will push the last remnants of the sea ice out of the Arctic Ocean, as discussed in earlier posts such as this one. Storms can also mix warm surface waters all the way down to the seafloor, as discussed in this earlier post. Cyclones increase this danger.

These cyclones are headed in the direction of the Arctic. The Climate Reanalyzer forecast for September 14, 2015, below shows strong winds over the Pacific Ocean close to the Arctic Ocean, as well as over the Arctic Ocean and the North Atlantic. 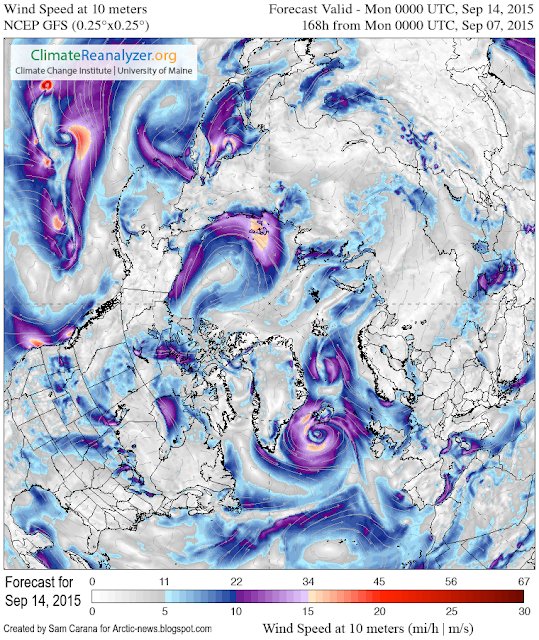 Sea surface temperature anomalies in the Arctic as at September 6, 2015. From 'Arctic Sea Ice Collapse Threatens -...
Posted by Sam Carana on Monday, September 7, 2015