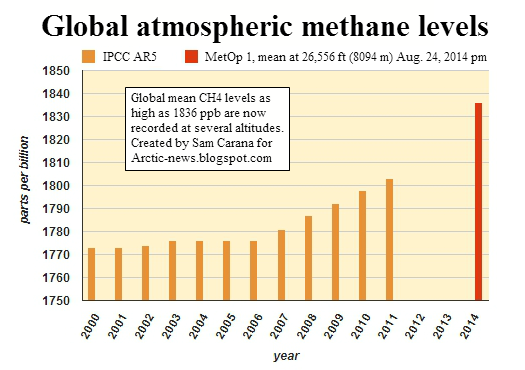 Global mean methane levels as high as 1836 parts per billion were recorded at several altitudes on August 24, 2014. Meanwhile, the Arctic Ocean continues to warm up. As the image below shows, the ocean heat is felt strongly on the Northern Hemisphere. 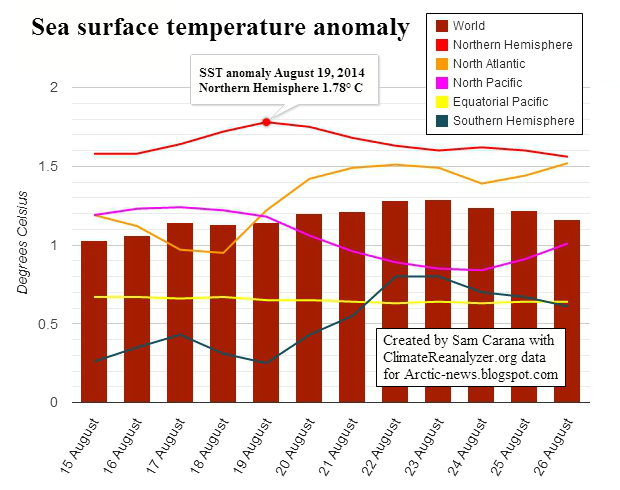 Very warm waters from the North Pacific and the North Atlantic Oceans are now invading the Arctic Ocean. Never before in human history have these waters been this warm. In the Arctic Ocean, this is causing very high sea surface temperatures, as shown on the image below.

The very high temperatures threaten to trigger all kinds of feedbacks, as described in the image below.

The big danger is that, as the seabed warms up, methane will erupt from hydrates in sediments under the Arctic Ocean. The situation is dire and calls for comprehensiev and effective action, as discussed at the Climate Plan blog.