Researcher Jennifer Hynes recently gave a frightening presentation about the situation in the Arctic and the odds that things will rapidly spiral out of control soon, escalating into runaway global warming a few decades from now. 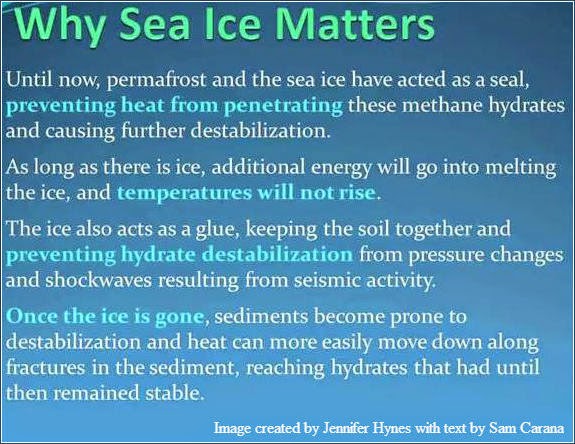 Above, a slide from the presentation, warning about the danger of earthquakes causing methane hydrate destabilization (from: Smoke Blankets North America). As the map below shows, 77 M4+ earthquakes did hit locations around Greenland in the year 2014 up until August 4. 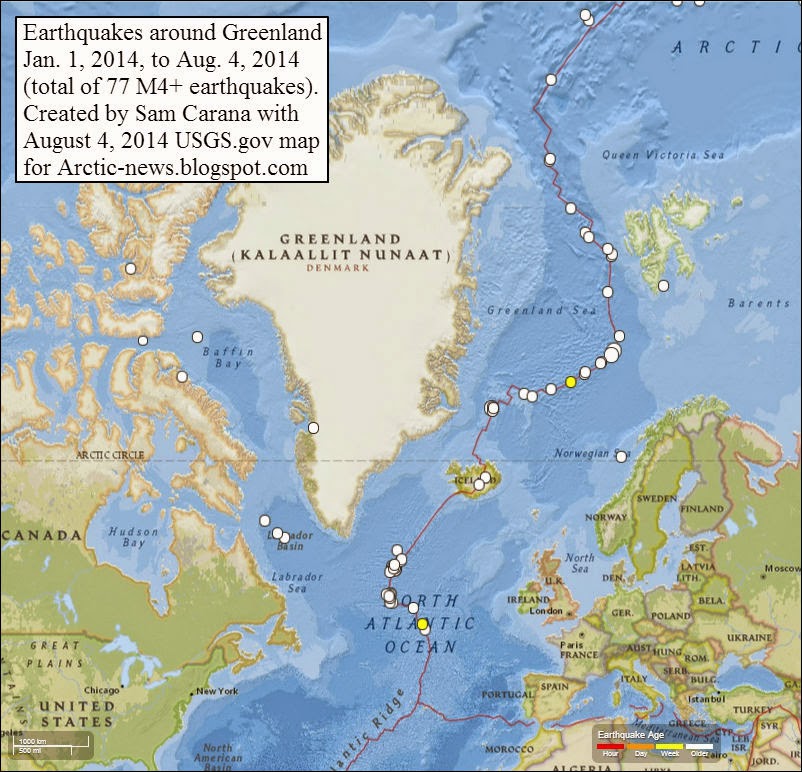 Below is Jennifer's presentation, also on youtube at youtube.com/watch?v=a9PshoYtoxo

The image below shows sea surface temperature anomalies in the Arctic at August 7, 2014. 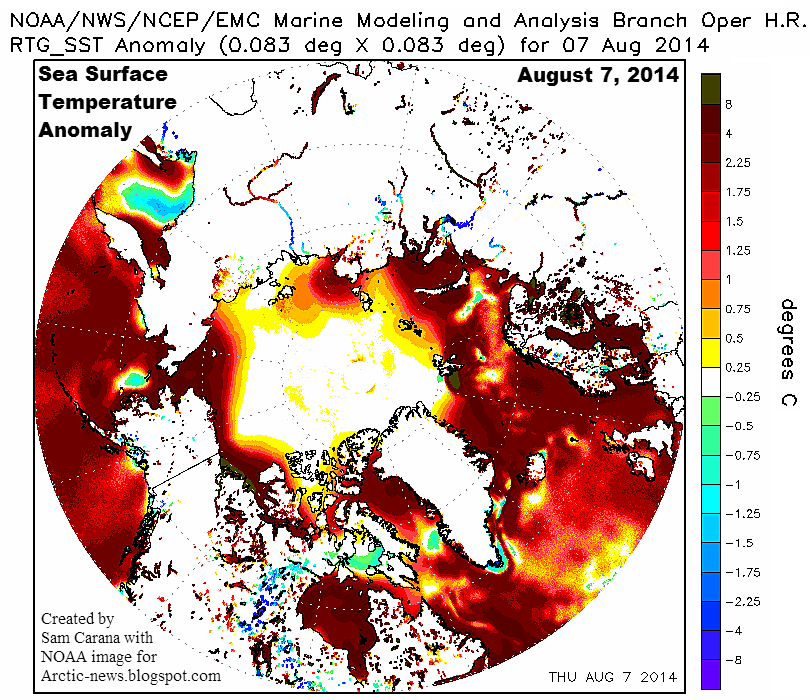 As said, the situation is dire and calls for comprehensive and effective action, as discussed at the Climate Plan blog at climateplan.blogspot.com and as illustrated by the image below.