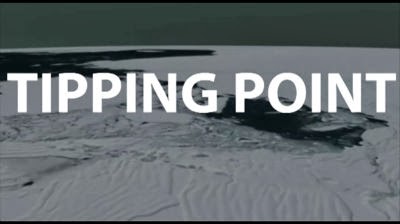 "Last Hours expertly explains how we got here, and what will happen if we don't work together to stop it. It is a needed and urgent call to action."
— Former Vice-President Al Gore [1]

"In the 18th century, Edmund Burke wrote, 'Those who don't know history are destined to repeat it.' Many years later, Last Hours makes clear how much we have to learn from our planet's history to truly understand the potent threat of trapped methane."
— Maggie Fox, President, Climate Reality Project (started by Al Gore) [2]

“It's not clear that civilization could survive that extreme of a climate change.”
— world renowned climate scientist James Hansen, referring to the devastating level of global warming that could result from a major release of super greenhouse gas methane [3]

The climate movement has come a long way. Despite vociferous opposition from the wealthiest corporations on earth, it has refused to be relegated to the sideline and by sheer determination has forged a path into public consciousness. A major coalition has formed in opposition to the tar sands pipeline, and many good-hearted people are giving their all - including nonviolent civil disobedience - in spirited resistance. This writer is a part of that movement.

A Larger Carbon Threat Beyond Human-Generated Emissions -
It is absolutely necessary to continue the struggle to rein in human-generated emissions of carbon dioxide. But what has been missing in this movement is an awareness that these emissions are now on track to trigger a release of an even larger and more potent reservoir of greenhouse gases that has until now been locked in ice. This colossal stockpile of frozen ancient organic matter contains at least four times as much carbon as the sum total that has been released by human activity on the planet since the beginning of the industrial age. [4] As a significant portion is being stored in the form of methane - a super global warming gas that is a stunning 86 times more powerful than CO2 [5], scientists refer to this huge threat as a "sleeping giant". If major amounts thaw and release into the atmosphere, global warming would accelerate to the crossing of a tipping point - whereby the process becomes a runaway train and there is no longer hope for human intervention.

The Role of Methane in Earth's Mass Extinction Events -
Large scale methane release would speed all the worst impacts of climate disruption - severe drought, sea level rise, storms, flooding, wildfires, and forced migration of refugees - causing them to occur much sooner and on a more intense scale than currently projected. Some of that impact is described in an article published by the highly respected science journal Nature. [6] As if that level of devastation is not enough, it is even more disturbing is to contemplate where the crossing of this tipping point might lead. The prevailing opinion in the scientific community is that the release of super potent methane has played a central role in two of the most devastating mass extinction events in the history of earth - the End-Permian and the PETM. In the End-Permian, a mind-boggling 90 percent of all life forms on the planet were wiped out.

The scientific inquiry into the cause of this horrendous wipe-out has been portrayed in an under-publicized but extremely important documentary by the BBC entitled "The Day Earth Nearly Died". [7] The "short version" is that a tremendous, unprecedented series of volcanic eruptions in Siberia released enough carbon dioxide to drive earth's temperature up six degrees C (celsius). This radical increase then warmed the world's polar regions enough to thaw previously frozen methane. Evidence points to the heat from this super global warming gas driving temperatures up another five degrees C and causing the horrific wipe-out.

An Imperative Need to Communicate the Danger -
Politically neutral global organizations such as the World Bank and the International Energy Agency (IEA) are vehemently warning that the world is already on track for a five degree C warming by the end of the century. [8] Human-generated emissions are now pushing as much carbon pollution into the atmosphere as the Siberian volcanoes. This begs the obvious and deeply troubling question: Is the stage being set for another massive release of nature's own currently frozen carbon?

Ominous Signs that Methane Thaw Is Already Starting -
As temperature increases are occuring more rapidly in the Arctic than anywhere on earth, the ice cover is now in a state of collapse from massive melting. It is widely known that in 2012 the record for ice loss was not just broken but shattered. As a result, that which has been called "permafrost" is no longer "permanent". On land, the tundra soil is progressively thawing - releasing both CO2 and methane. Key researchers are warning that an irreversible tipping point could come as soon as 15 or 20 years. [9] Even worse, it appears that as the upper layer of tundra thaws and exposure to sunlight is increased, a chemical reaction is increasing the speed: "....sunlight increases bacterial conversion of exposed soil carbon into carbon dioxide gas by at least 40 percent compared to carbon that remains in the dark." [10]

Vast amounts of of methane are also stored in frozen form in the seabeds. Whereas methane from the deep ocean oxidizes and is neutralized before it reaches the surface, the shallow seabeds along Arctic coastlines allow it to vent directly into the atmosphere. Russian researchers that have been monitoring the situation since the 1990s are now reporting "astonishment" at the vast scale of methane plumes being observed along the Siberian coast. Some of these plumes are a full kilometer wide - something never encountered before. [11] Other researchers from NASA are using aircraft to measure methane emissions entering the atmosphere and are reporting troubling increases. [12]

In other words, the date for a tipping point of no return has been moved up. The danger of climate disruption spinning out of human control is already staring us in the face.

A Breakthrough Documentary Finally Opening the Doors of Awareness -
It is imperative that this level of urgency be conveyed to government policymakers. For several years, a small but determined network of climate activists - backed by scientists engaged in cutting edge research - has been trying to sound the alarm about this catastrophic threat. Their efforts until now have largely been stymied by a combination of psychological denial regarding the severity of the danger, a seeming inability by the climate movement to look beyond the immediate battles regarding human-generated carbon emissions, and an almost paralyzing bureaucratic inertia within a scientific establishment failing to keep pace with the dizzying speed of climate disruption.

In this context, there has been a most welcome new development. Thanks to Thom Hartmann, Leila Conners and the Tree Media production group, a breakthrough documentary has been created which conveys this immense danger in no uncertain terms. [13] Solidly grounded on interviews with leading scientists and laced with visuals that drive the point home, "Last Hours" packs a big punch within the brief space of only 10 minutes.

This is the bullet point message on the home page of its website:
It is one of the first documentaries on climate that takes an unflinching look at the most colossal mass extinction events in the history of earth and points out how such devastation was related to severe climate change. It then looks at the tremendous level of climate disruption happening at the present time - which is occurring at a speed without any precedent in earth history, and refuses to shirk from using the same dreaded "e word" of extinction to describe the danger we face today.


In response to this invaluable program, there are now very positive signs that this recognition is finally taking place. In addition to the strong endorsements at the beginning of this commentary by Al Gore and Maggie Fox, the leaders of two other key climate groups add their voices:


"Last Hours is a captivating, extremely compelling appeal meant to awaken politicians and business leaders to take climate change action and stop runaway catastrophic climate change. Few films have managed to capture the sense of urgency as well as Last Hours. In the context of science telling us that emissions need to peak by 2015 and then come down, and with politicians doing little to reflect this urgency, this is a much needed asset for the climate movement." [14]
— Kumi Naidoo, International Director, Greenpeace International

"Last Hours is an alarming video that captures the state of emergency we face with climate disruption--yet at the same time we must recognize that there is real hope: the clean energy industry is rapidly growing, we are making headway in reducing carbon pollution, and by working together we can turn things around." [15]
— Michael Brune, Executive Director, Sierra Club

A Threat Comparable to Nuclear War -
The threat to our society represented by nuclear war can be grasped through the dramatic imagery of an atomic fireball, its devastation instantaneous. The threat from a climate catastrophe is no less sweeping, but actually more insidious as it would be a slow motion holocaust. Its impacts will gradually encircle humanity until the trap is sprung, at which time there is no escape.

Lying in wait in the Arctic is a volume of carbon that could easily push global temperatures so high as to threaten all life on earth. The three word phrase "irreversible tipping point" is easy to say but immensely challenging to truly comprehend. It is the point when colossal natural forces take over, when human civilization is rendered a helpless witness to its own destruction - a moment in time with supremely profound moral implications.

"The eyes of the future are looking back at us and they are praying for us to see beyond our own time. They are kneeling with hands clasped that we might act with restraint, that we might leave room for the life that is destined to come."
— Terry Tempest Williams [16]

A Prayer from the Future -
The author has written a more in depth commentary on the existential threat presented by methane and the failure until now by our society to come to terms with it. [17] But it is ultimately a point where words fail to do justice. How can one describe the un-surpassable tragedy of the entire precious gift of life on this planet being decimated before our very eyes? In the words of ecological ethicist David Orr: “Climate destabilization, like nuclear war, has the potential to destroy all human life on Earth and in effect murder the future'......Willfully caused extinction is a crime that as yet has no name.”

It is now clear that the thaw and release of the "carbon bomb" in the Arctic has begun and is expanding. It is not just about the tar sands pipeline and human-generated carbon pollution, it is the monstrous beast in the Arctic that could be triggered by these pollutants. The climate movement - which has now spread world-wide - is the last and only hope for our society. Its passion must be brought to bear on this over-arching danger, its eyes fully opened if humanity is to even have a chance to act before it is too late.

The reaction of some of the leadership of this movement to "Last Hours" is a sign of hope. But that recognition must be rapidly disseminated and integrated by the grassroots base. There is a compelling need for wide circulation of this documentary. We must all break through our natural denial regarding a threat of this magnitude and find the strength to face it. In the words of a poem entitled "Invocation" by John Seed:


"Fill us with a sense of immense time so that our brief, flickering lives may truly reflect the work
of vast ages past and also the millions of years of evolution whose potential lies in our trembling hands." [18]