The image below was posted earlier at Methane contributes to accelerated warming in the Arctic. As mentioned there, this is a compilation of images produced by Dr. Leonid Yurganov, comparing methane levels between November 21-30, 2008 (below left), and November 21-30, 2012 (below right). 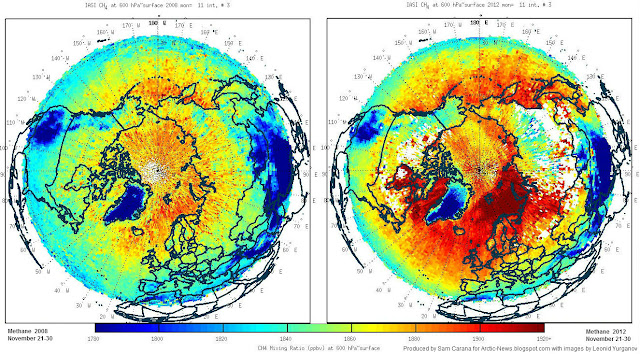 The images show that the highest methane levels show up above the water, as opposed to above land, indicating that methane is being released from the seabed across the Arctic. The images further show that high levels of methane persist in December 2012.

Apart from comparing 10-day periods, we can also look at methane levels for individual days. The NOAA image below shows methane levels up to 2167 ppb on December 27, 2012, for the morning set of measurements. 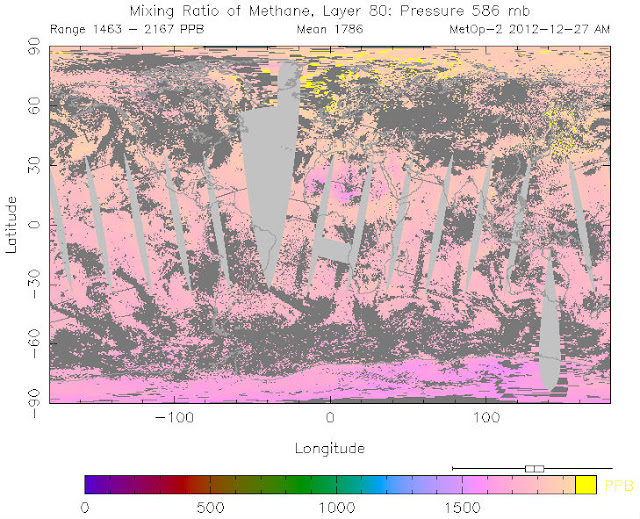 To better see where the high (yellow) levels of methane were measured, a map with empty data is added below, showing the location of the continents more clearly on the map. 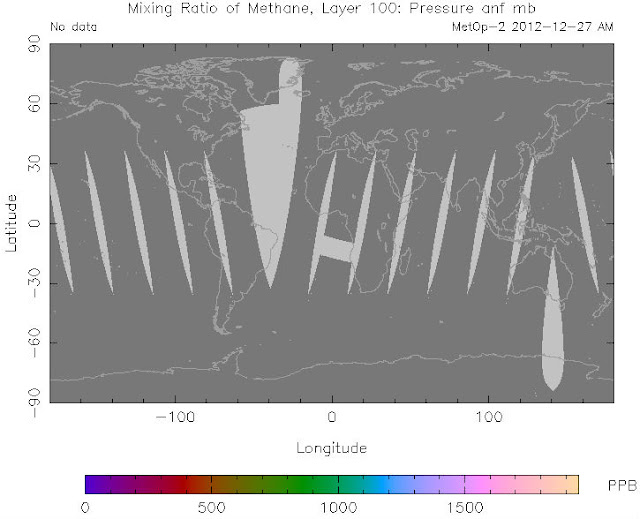 Pressure levels at which measurements are taken are displayed in hectopascals (symbol hPa) which are numerically equivalent to millibars (mb). A pressure of 600 mb (or hPa) corresponds with an altitude of 13794.9 ft (4204.7 m). By comparison, air pressure at mean sea level is 1013.25 hPa (millibar), or 29.92 inches of mercury.

The map below, from apocalypse4realmethane2012, shows methane measurements taken on the same day (December 27, 2012, morning set), but at 718 mb, which corresponds with an altitude that is a bit closer down to sea level. The map focuses on the Arctic and shows geographic names. If you like, click on the map to enlarge it. 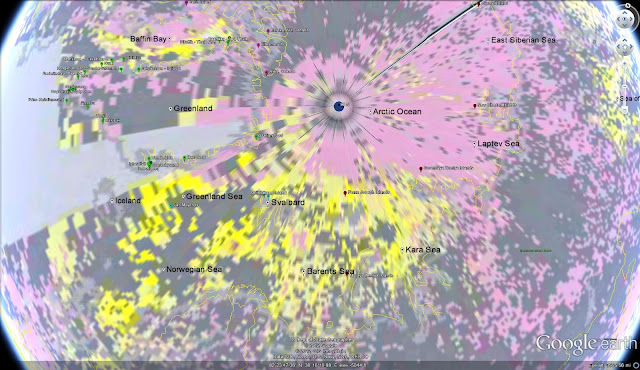