Arctic Sea Ice has declined dramatically recently. The recent image below, by the Danish Meteorological Institute, shows the decline in extent over the past few days, with extent calculated by including all areas with ice concentration higher than 30%. 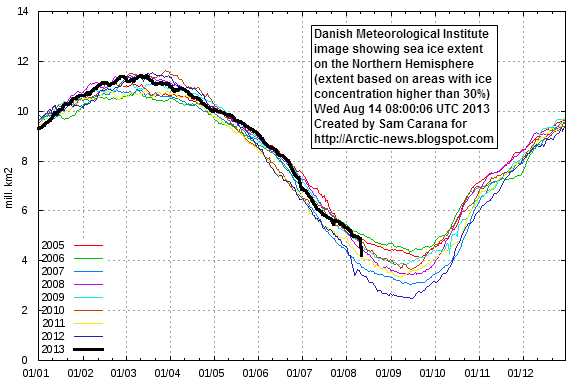 As the above image shows, sea ice extent (30%+ concentration) is now lower than any other year, except 2007 and 2012. Moreover, the sharp decline looks set to continue.

Ice volume and concentration have dropped dramatically, partly as a result of the cyclone that hit the Arctic Ocean a few days ago. The eye of the cyclone is still visible almost exactly above the North Pole on the Naval Research Laboratory image below on the right, where sea ice concentration appears to form a circle. 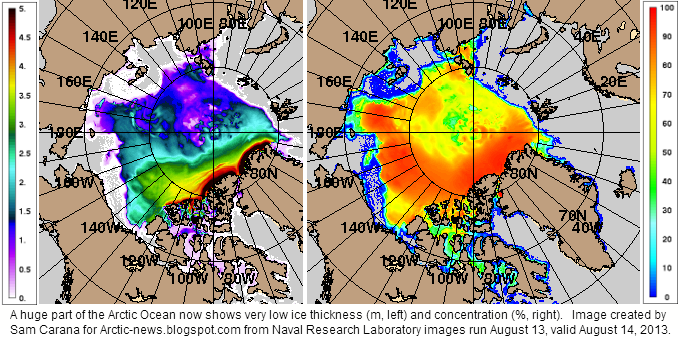 The graph below, also by the Danish Meteorological Institute, calculates sea ice extent by including all areas with 15% or more ice concentration. 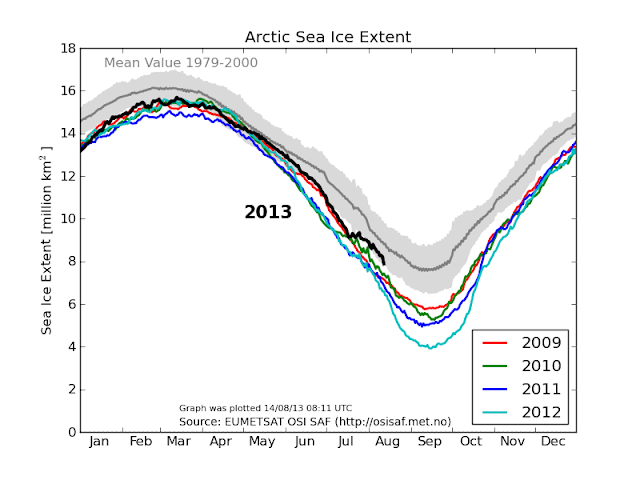 The Danish Meteorological Institute has meanwhile produced a more recent version of the graph based on spots with 30% or more ice concentration (added below). 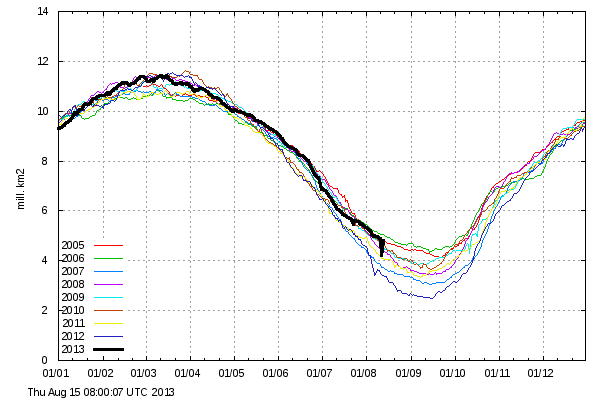 The above graph shows an August 15 extent that appears to be back in line with the earlier trend. At first glance, it may appear as if the sea ice has largely recovered from the impact of three cyclones that have hit the Arctic Ocean over the past two months.

However, these cyclones are likely to have contributed to the appearance and persistence of thin spots in the ice close to the North Pole. This phenomenon was earlier described in posts such as Thin Spots developing in Arctic Sea Ice.

The conclusion remains the same as the one drawn then in that post, i.e. that for years, observation-based projections have been warning about Arctic sea ice collapse within years, with dire consequences for the Arctic and for the world at large.

Cyclones can speed up this collapse. On this point, it's good to remember what Prof. Peter Wadhams said in 2012: