The video below is a visualization of the Arctic Death Spiral showing the evolution of the volume of sea-ice over time from 1979 to July 2013.

The rate of ice loss in the Arctic is staggering. Since 1979, the volume of Summer Arctic sea ice has declined by more than 80% and is accelerating faster than scientists believed it would, or even could melt. 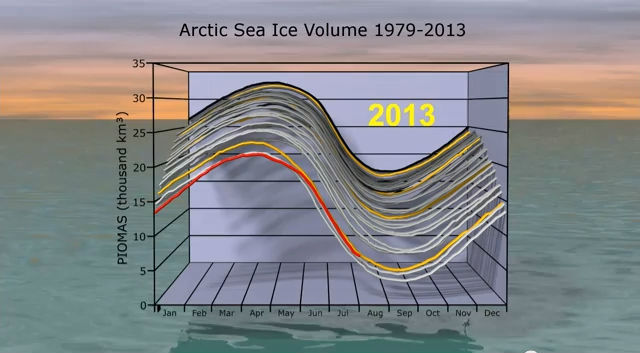 Above image is another way to visualize the data. It is a screenshot from the video below, by Andy Lee Robinson, illustrating the dramatic decline since 1979 until July 2013.

Source data is available from:
http://psc.apl.washington.edu/wordpress/research/projects/arctic-sea-ice-volume-anomaly/