Why is warming in the Arctic accelerating and where will this lead to?

Global warming is causing Earth to heat up. As shown on the image below, by Nuccitelli et al., most heat goes into the oceans. 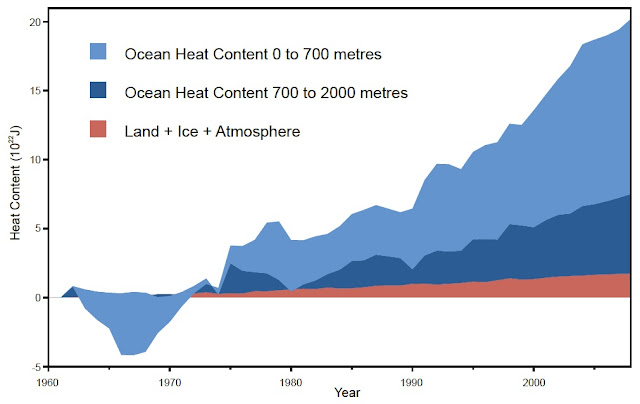 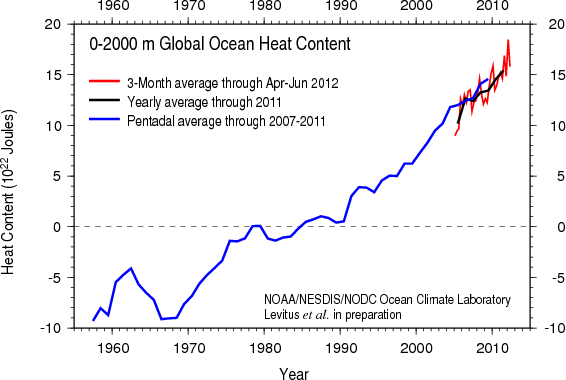 Global warming is heating up the oceans big time. As above image shows, the global ocean heat content has been rising for many years.

Cold layers of air close to the surface make it difficult for infrared radiation to go out to space, according to a study published in Science. These layers do warm up, but warming of these layers is directed downwards, thus amplifying warming in the Arctic.


Surface air temperatures in the Arctic are rising rapidly

Anomalies for surface air temperatures are higher in the Arctic than anywhere else on Earth. This is illustrated by the interactive images and text in the box at the bottom of this post.

The increase in temperature anomalies appears to be an exponential rise. This is caused not only by the above-described impacts of cold air close to the surface, but also by feedback effects as further described below.

Feedbacks are described in more detail in posts such as Diagram of Doom (image below) and Changes to Polar Vortex affect mile-deep ocean circulation patterns.


One such feedback is albedo change — retreat of Arctic sea ice results in less sunlight being reflected back into space, as further discussed in Albedo Change in the Arctic. Loss of Arctic sea ice is effectively doubling mankind's contribution to global warming. Increased absorption of the sun's rays is the equivalent of about 20 years of additional CO2 being added by man, Professor Peter Wadhams said in a recent BBC article.

One of the most threatening feedbacks is release of methane that are held in the currently frozen seabed. As the seabed warms up, it starts to release methane in what can be rather abrupt ways. Due to methane's high global warming potential, this can further accelerate local warming, triggering further methane releases, in a vicious circle that threatens to spiral into runaway global warming.