The situation is dire. Little or no action is taken on climate change. Earth is facing a potential temperature rise of 18°C or 32.4°F by 2026. What is happening in the Arctic is critical. While Earth as a whole is experiencing rapid warming, warming in the Arctic is escalating even faster and accelerating, due to feedbacks such as snow and ice demise and destabilizing sediments at seafloor of the Arctic Ocean. These sediments contain huge amounts of methane in the form of hydrates and free gas.

The Climate Plan responds to this threat through multiple lines of action (green lines in image below).


The image below highlights the comprehensive and effective action that needs to be taken immediately. 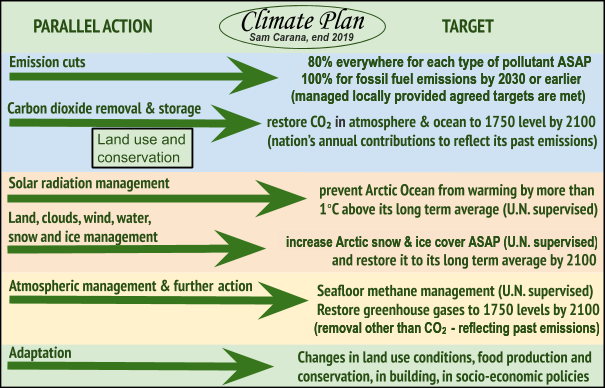 Use of feebates is highly recommended by the Climate Plan. Feebates can be implemented in budget-neutral ways, so their implementation doesn't need to be disruptive in regard to other policies. Furthermore, the administrative framework is typically already in place, i.e. implementation of feebates can take place on the back of sales taxes, vouchers, tax returns and other policy instruments that are already commonly used all over the world. Feebates combine disincentives for polluting products with incentives for the cleaner alternatives. This is part of why feebates are so effective in achieving a rapid shift to clean products.

As an example, differential rates applied by local councils to land ownership can facilitate growth of soil carbon content. Similarly, differential vehicle registration fees can facilitate emission cuts. Such measures can typically be implemented now, i.e. without requiring prior international agreement. In other words, local communities can start implementing (parts of) the Climate Plan immediately.

While feebates are recommended as the most effective policy instruments, the decision how to implement the necessary action (e.g. efforts to reduce pollution levels) is largely delegated to state or provincial level, while states or provinces can similarly delegate decisions to local communities. Examples of feebate policies are depicted in the image below.


States or provinces can thus implement the policies that they feel will fit their circumstances best, provided they do each achieve their targets. Such targets are set by national government in line with international agreements, and assisted by ongoing monitoring and research as to which ways can best make safe progress and achieve targets most effectively. 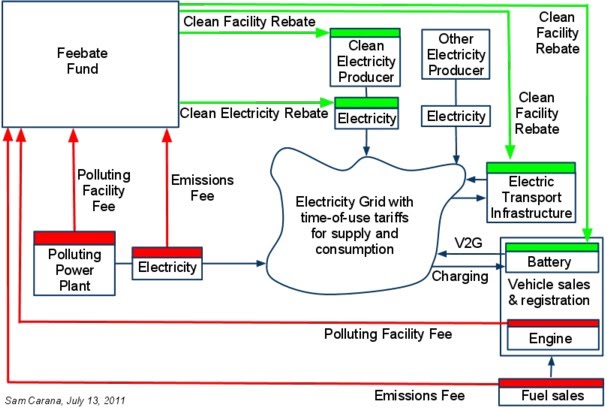 Local implementation encourages that revenues from fees on polluting products are used to fund the necessary shift to clean products locally. This will help achieve the shift where it’s needed most. 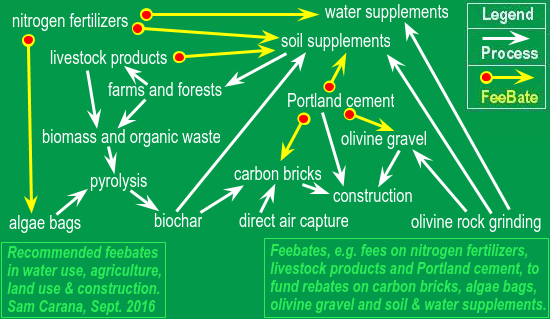 Groups to discuss things further and see news and updates: