Are politicians for sale?

How can it be measured whether politicians are for sale and to what extent this occurs?

One measure of how much looters and polluters are buying politicians could be this: How fast is methane accelerating? 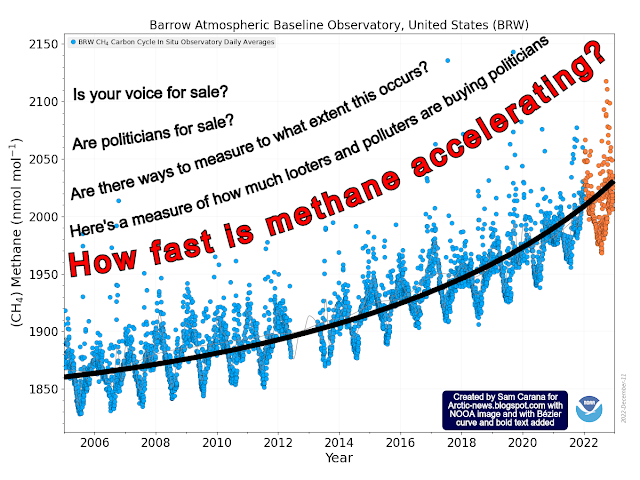 Rise in methane and rise in temperature
The rise in methane is vitally important, given methane's potential to rapidly push up temperatures.
Arguably the most important metric related to climate change is surface temperature on land, as illustrated by the image below from an earlier post. The image was created with a July 16, 2022 screenshot from NASA customized analysis plots and shows that the February 2016 (land only) anomaly from 1886-1915 was 2.94°C or 5.292°F. 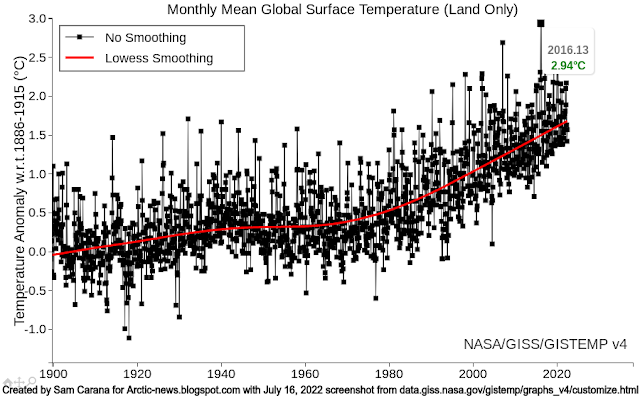 Extinction
Land-only anomalies are important. After all, most people live on land, where temperatures are rising even faster than they are rising globally, and humans will likely go extinct with a rise of 3°C above pre-industrial, as illustrated by the image below, from an analysis in earlier post.

Note that in the above plot, anomalies are measured versus 1886-1915, which isn't pre-industrial. The image raises questions as to what the temperature rise would look like when using a much earlier base, and how much temperatures could rise over the next few years.

What can be done about it?

The next question is: What can be done about it? To avoid politicians getting bought by looters and polluters, action on climate change is best implemented locally, with Local People's Courts ensuring that implementation is science-based.