Fires are raging over Alaska. The satellite image below shows the situation on July 8, 2019.

The satellite image below shows the situation on July 9, 2019. 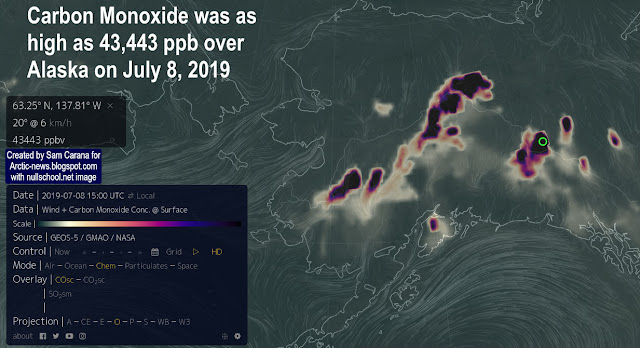 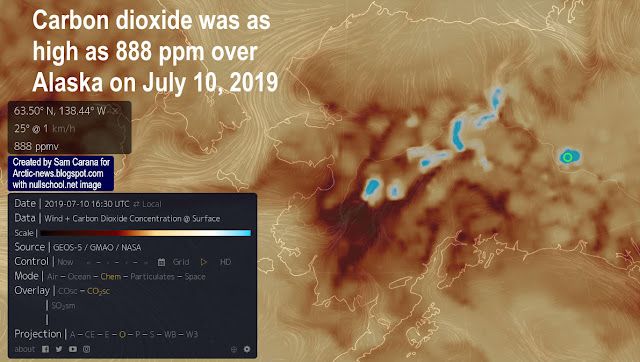 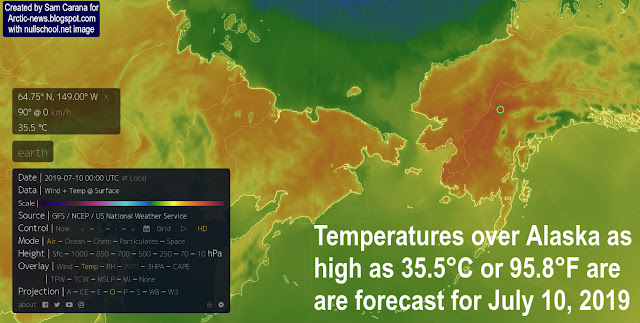 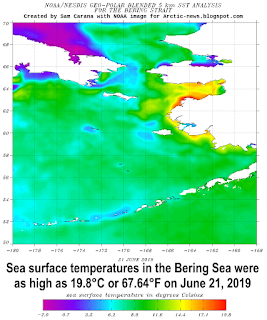 What causes such extreme weather events to occur?

The Arctic has been heating up faster than the rest of the world, due to self-reinforcing feedback loops such as the decline of the snow and ice cover in the Arctic, which results in less sunlight getting reflected back into space and more sunlight instead getting absorbed in the Arctic. 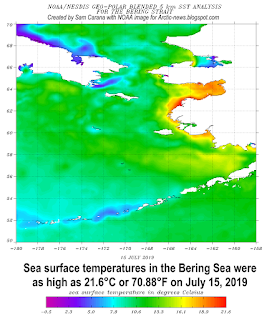 Warm water from rivers flowing into the Bering Strait have contributed to some of the high temperatures of the water near the coast of Alaska.

Furthermore, as the June 21, 2019, image below shows, sea surface temperature anomalies have also been high around Alaska further away from the coast.

Indeed, more than 90% of the extra energy caused by humans goes into oceans, and sea currents carry a lot of this extra heat toward the Arctic Ocean.

As a result, ocean temperatures have been high for some time around Alaska.

The image below shows sea surface temperature anomalies around Alaska on June 21, 2019. 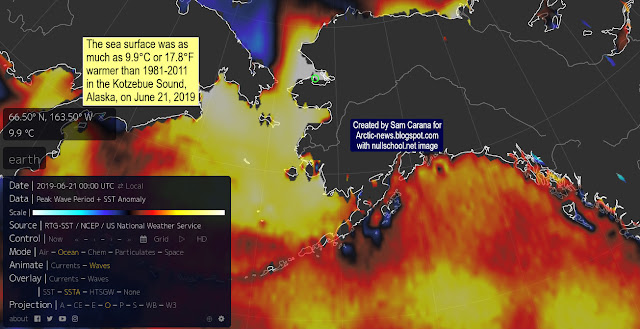 Heatwaves also cause more forest fires to occur in Alaska, and these forest fires are causing large amounts of soot to get deposited on mountains and on sea ice, thus further blackening the surface. More generally, the Arctic is getting more deposits of soot and dust, as well as stronger growth of algae, moss and microbes, all further speeding up the demise of the snow and ice cover in the Arctic.

The image below shows sea surface temperature anomalies around Alaska on July 11, 2019, with an anomaly of 7.7°C or 13.8°F compared to 1981-2011 showing up north of Alaska in the Arctic Ocean. The light blue areas indicate sea surface that is colder, due to heavy melting of the sea ice in those areas.

The image below shows a deformed jet stream (forecast for July 9, 2019) that enables hot air from the south to move over Alaska. 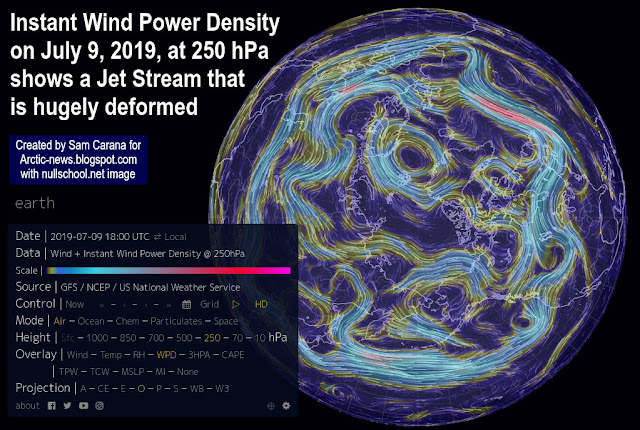 Heatwaves and forest fires are symptoms of the rapid heating that is taking place in the Arctic. Self-reinforcing feedback loops further accelerate heating in the Arctic and just one of them, seafloor methane, threatens to cause runaway heating.

Just the existing carbon dioxide and methane, plus seafloor methane releases, would suffice to trigger the clouds feedback tipping point to be crossed that by itself could push up global temperatures by 8°C, within a matter of years, as the image below shows. 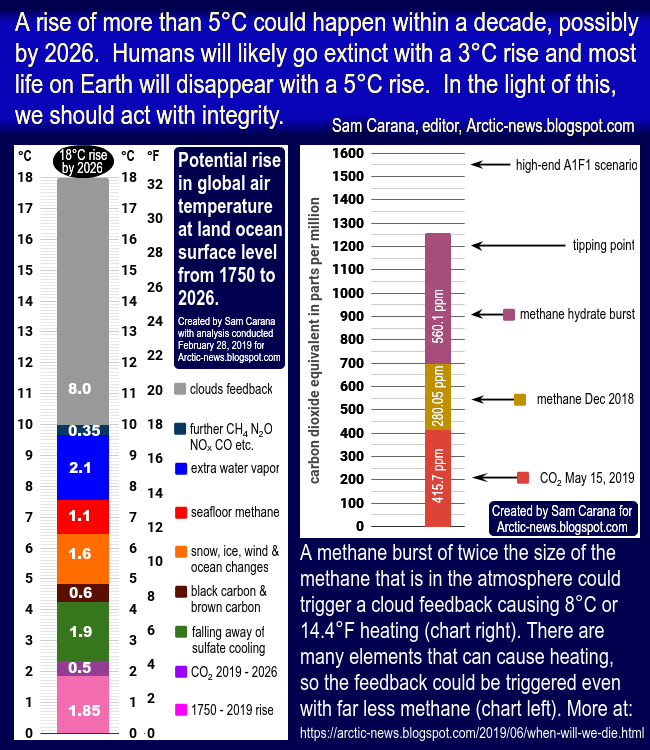