As feared, this is pushing warm water, water vapor and air from the North Atlantic into the Arctic Ocean. The three images below show forecasts for March 8, 2015, of - from top to bottom - the jet stream, surface winds and temperature anomalies. 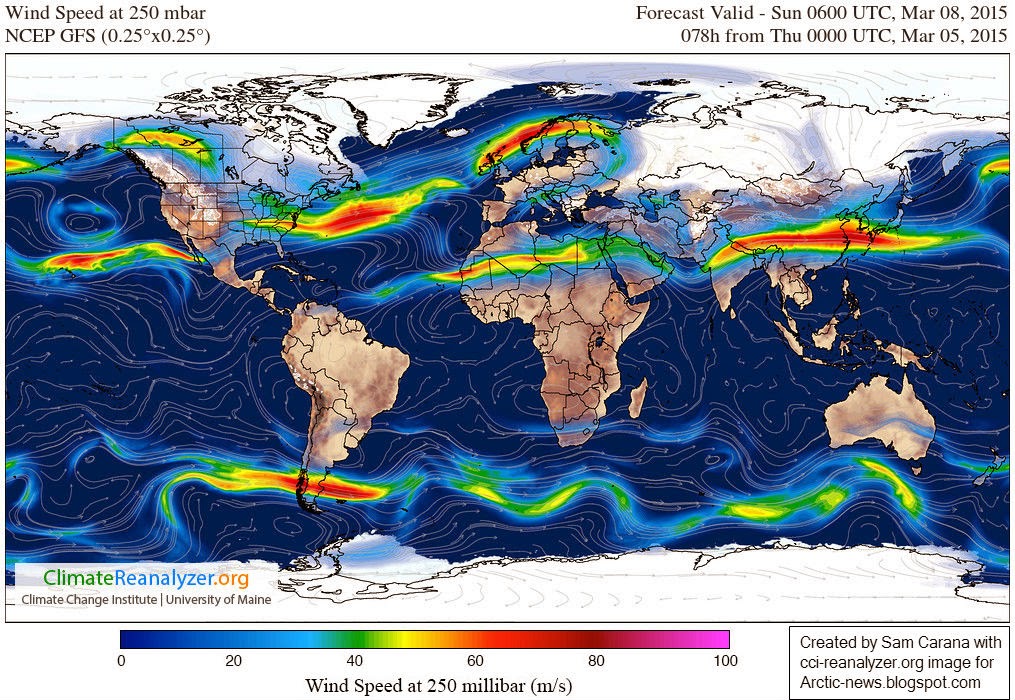 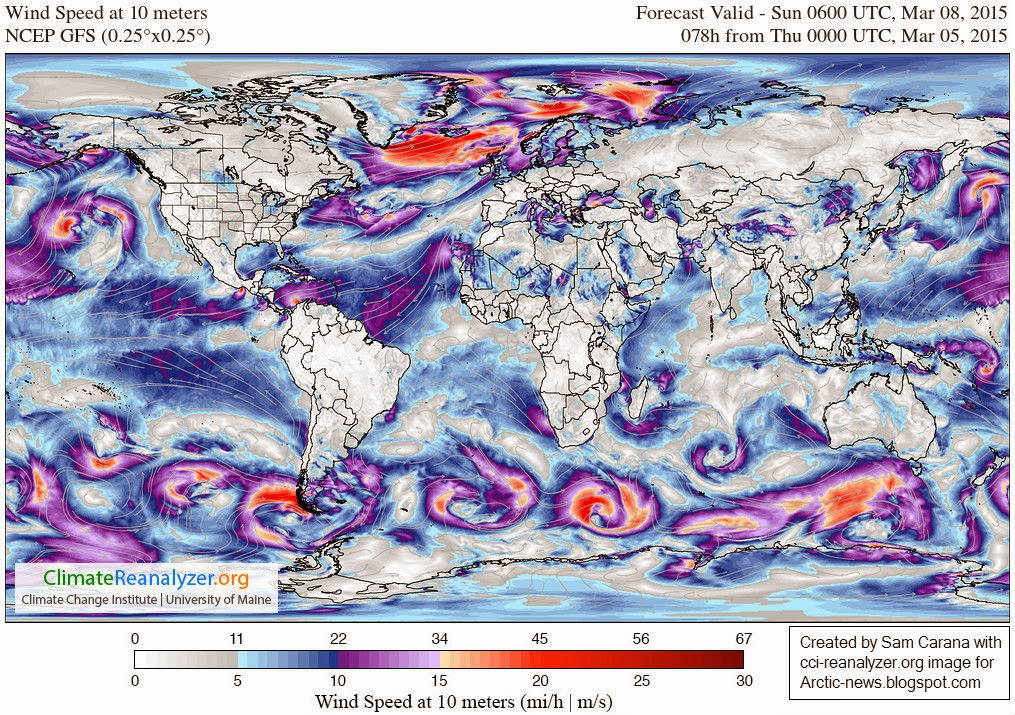 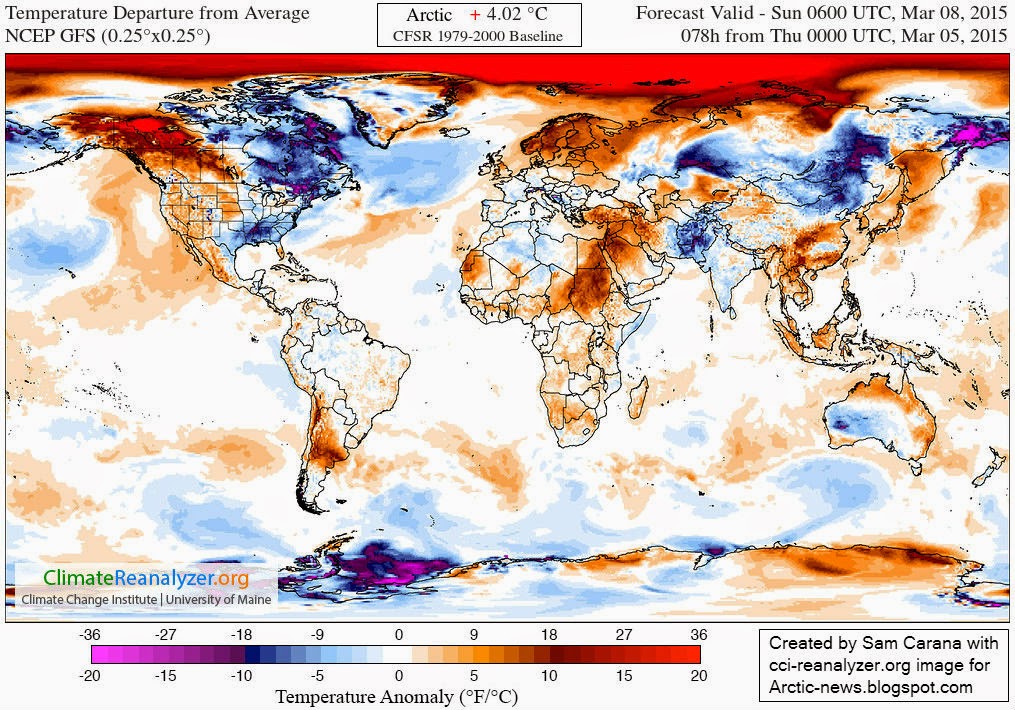 On March 4, 2015, Arctic sea ice extent hit a record low for the time of the year, as illustrated by the image below. 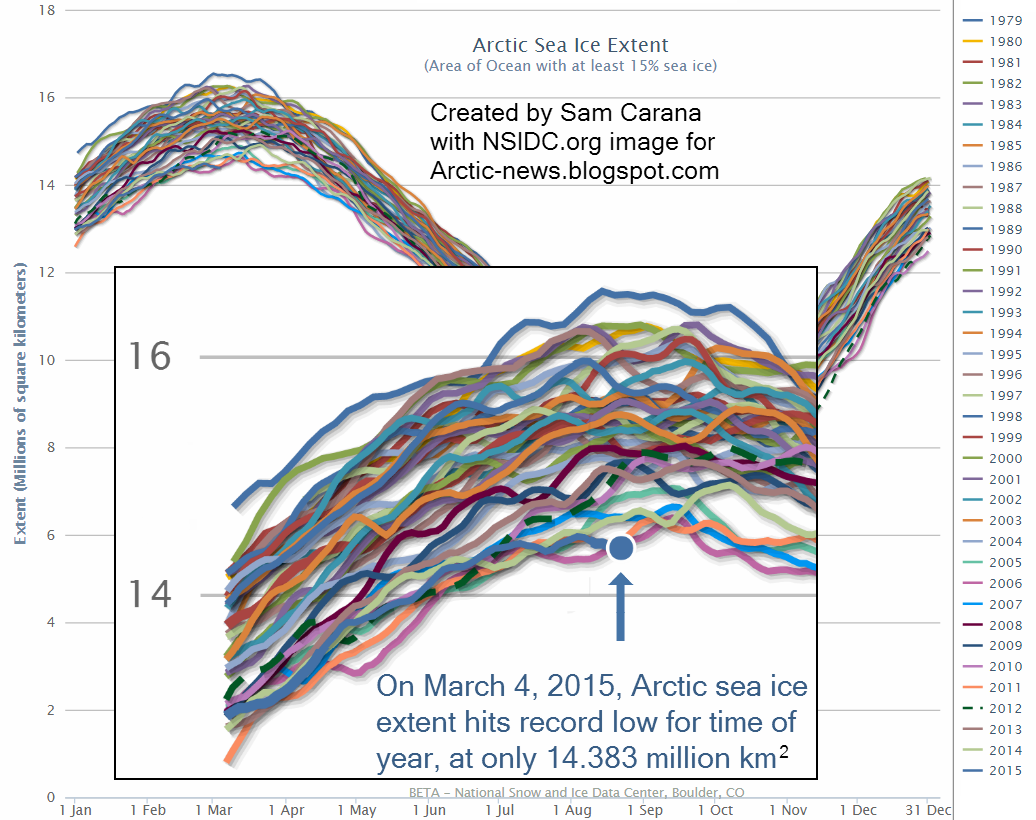 As the March 5, 2015, Naval Research Laboratory image on the right illustrates, there is little scope for Arctic sea ice extent to grow over the next few weeks, since the only areas where it could possibly expand would be the Pacific and the North Atlantic, the very areas that are under pressure from ocean heat and high surface temperatures.

In other words, the situation looks set to deteriorate further.

Huge amounts of heat are still going into melting the sea ice. Furthermore, the sea ice is still able to reflect a lot of sunlight back into space. With continued demise of the snow and ice cover, more and more heat will be absorbed in the Arctic.

The big danger is that warm water will trigger further releases of methane from the seafloor of the Arctic Ocean. Peak daily methane levels recorded in early 2015 averaged a very high 2372 parts per billion, as illustrated by the image below. 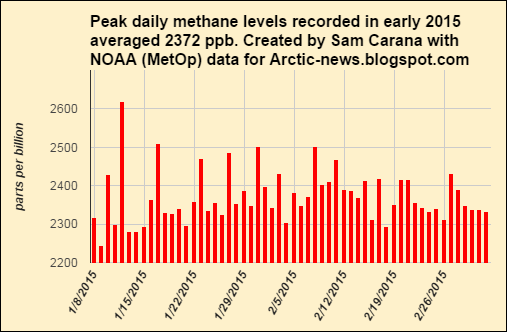 Methane extent has been especially high over the Arctic Ocean. The images below are from the earlier post 'Temperature Rise'. The post added that, as the Gulf Stream keeps carrying ever warmer water into the Arctic Ocean, methane gets released in large quantities, as illustrated by the images below showing high methane levels over the East Siberian Arctic Shelf (red oval left) and over Baffin Bay (red oval right) with concentrations as high as 2619 ppb. 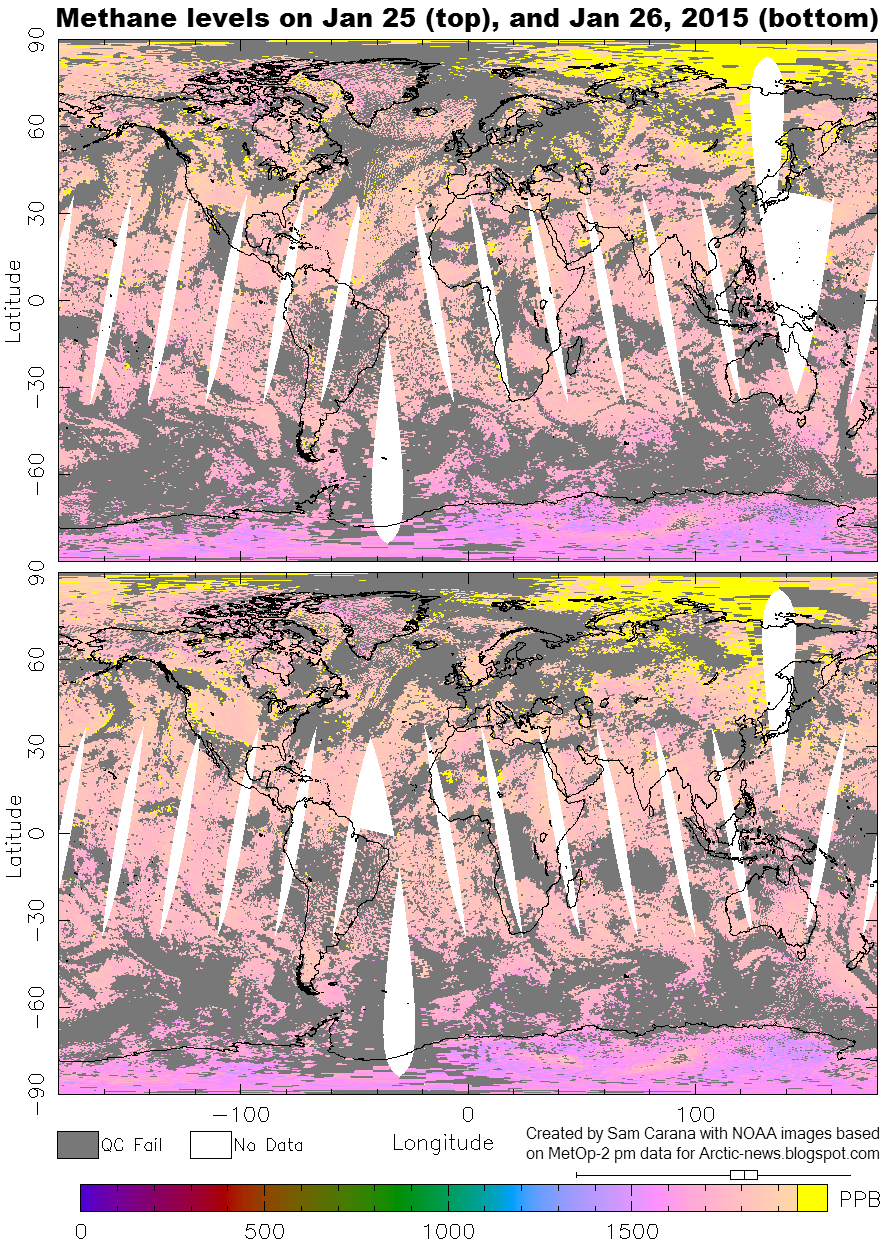 Temperature anomaly for the Arctic on March 8, 2015 (daily average) was even higher tha forecast, at +4.26 degrees Celsius, with peaks at +4.37 degrees Celsius. 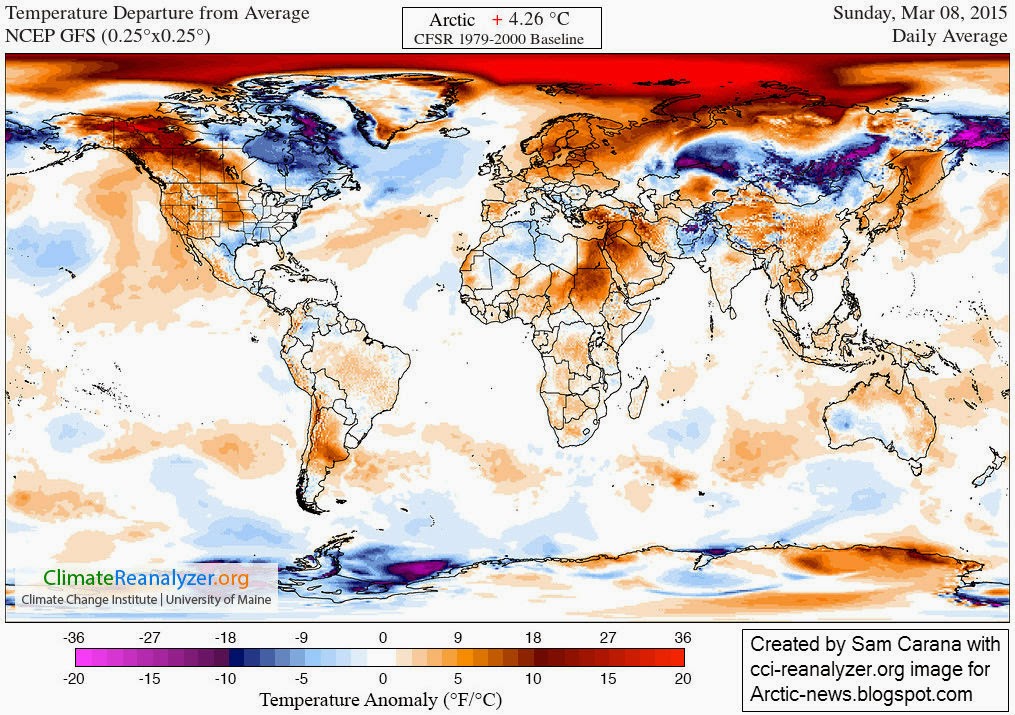 High waves were registered in the North Atlantic on March 7, 2015, moving into the Arctic Ocean and causing waves more than 4 m high close to the edge of the sea ice on March 8, 2015.