The lateral viscosity of the thin Arctic sea ice cover continues to lower. In November just one quarter of the high Arctic Ocean basin above 85° north was covered by a thin this winter's ice. This has now doubled, soon covering two quarters. The ice has been pushed away from Russia towards Canada and to the Fram Strait at phenomenal rates.


This is increasingly suggesting that the remaining half in front of the Fram Strait will be sucked into the Atlantic Ocean soon. The dark blue ice is newly formed crushed ice behind the North Pole (pack ice). We may well be in course to the first recorded ice free season in the Arctic Ocean. In addition, the rear is pushed from behind Canada to the Beaufort and Chukchi Seas.

We need to act, now. I think we need to monitor this development almost on daily basis. I am curious to see how the ice may behave after the last remainders of the second quarter are sucked into the Atlantic Ocean and the newly forming sea ice will face the force of the Atlantic waves. That could mean extremely highly fractured sea ice across the Russian side by the return of spring 2015 sunlight.

I think we are witnessing a historic transition right now with no ice in the summers. 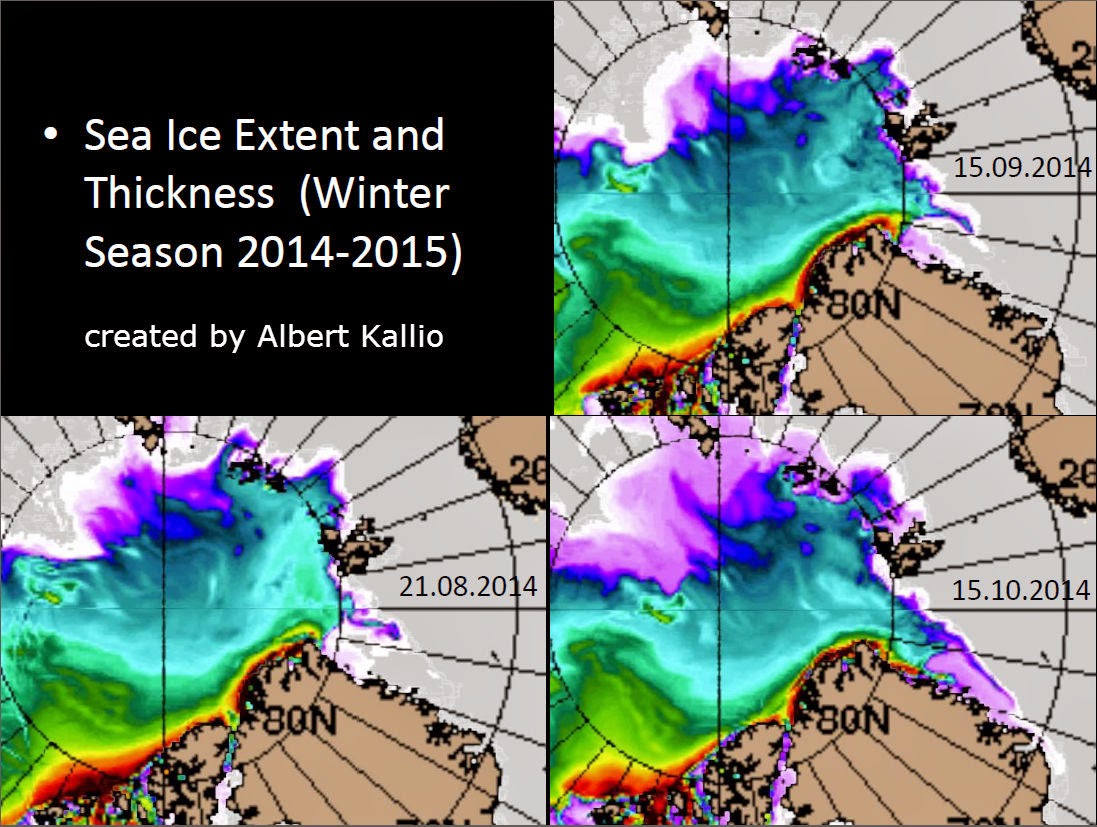