The NOAA NESDIS image below shows sea surface temperature anomalies of well over 1ºC extending to the North Pole.

The image below gives a world view, showing SST anomalies at the top end of the scale in the Laptev Sea. 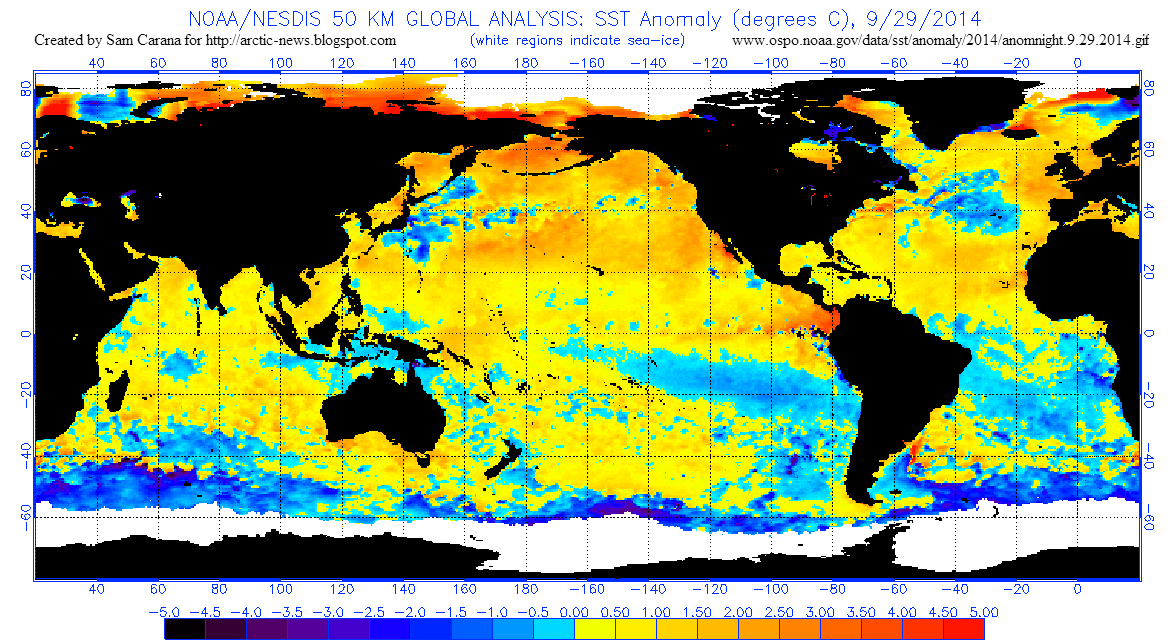 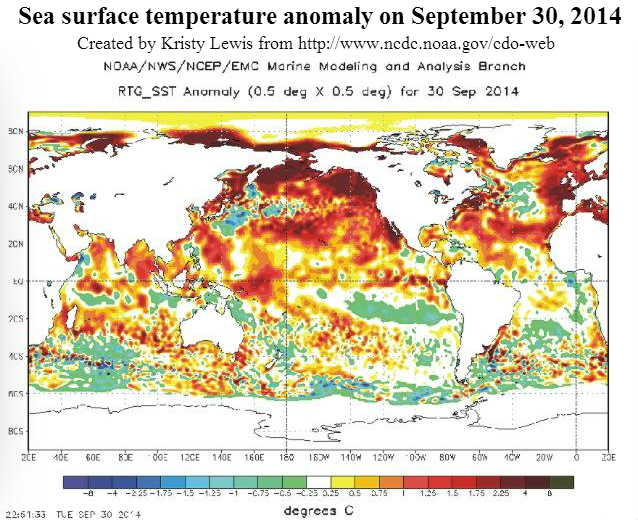 The visualizations above and below uses a much higher scale. Even this higher-end scale doesn't appear to fully capture the dire situation we are in. 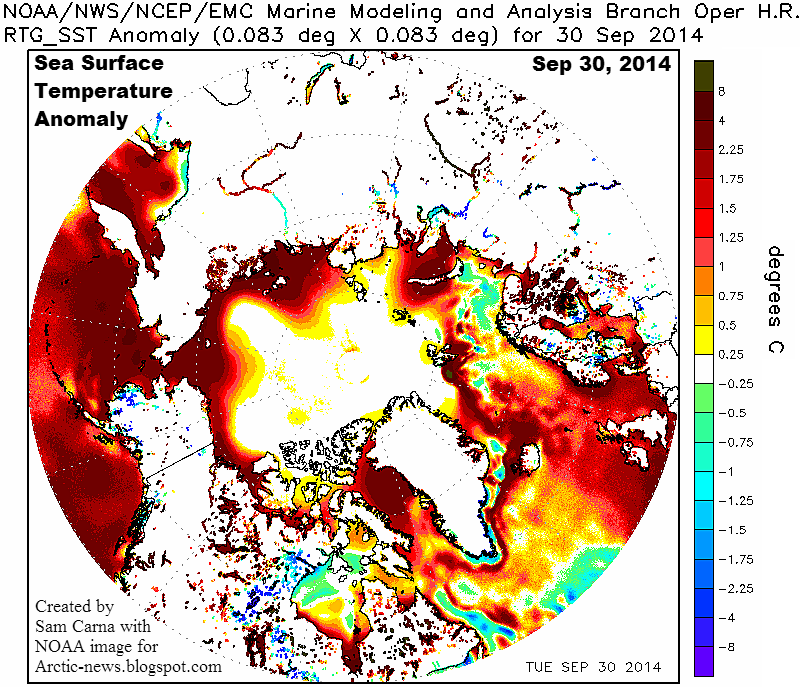 Last year, methane emissions started to become huge in October and this lasted for some six months. The image below, from an earlier post, shows methane eruptions from the seafloor of the Arctic Ocean on October 16/17, 2013. 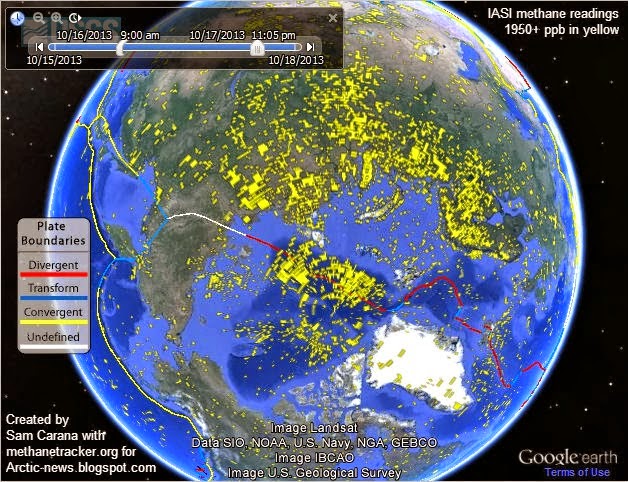 The image below, from another earlier post, shows methane eruptions from the seafloor of the Arctic Ocean on October 31, 2013. 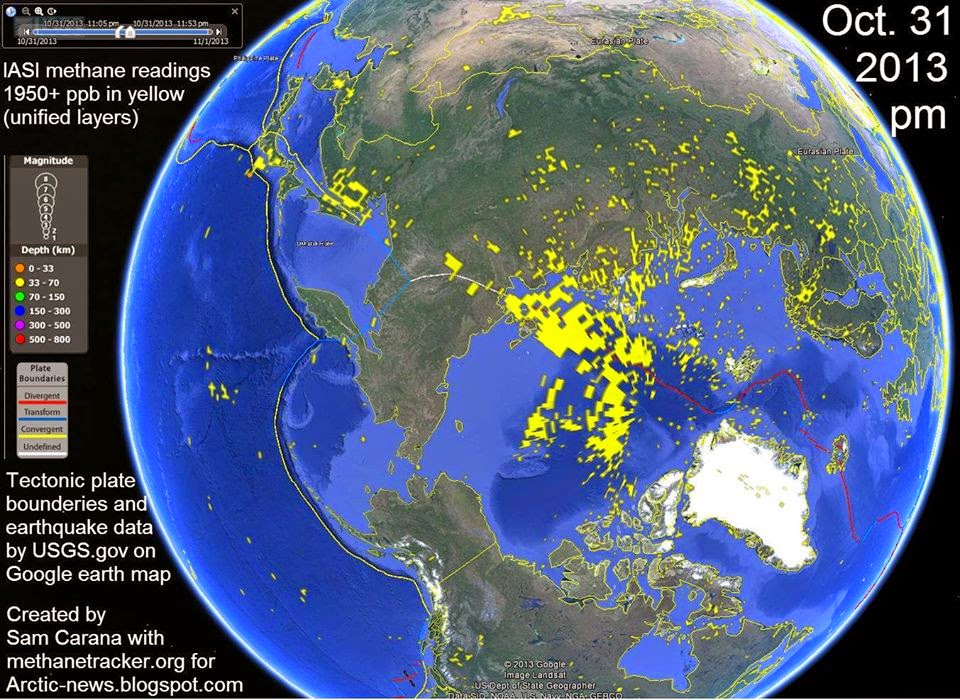 The image below, from yet another earlier post, shows methane levels as high as 2662 parts per billion on November 9, 2013. 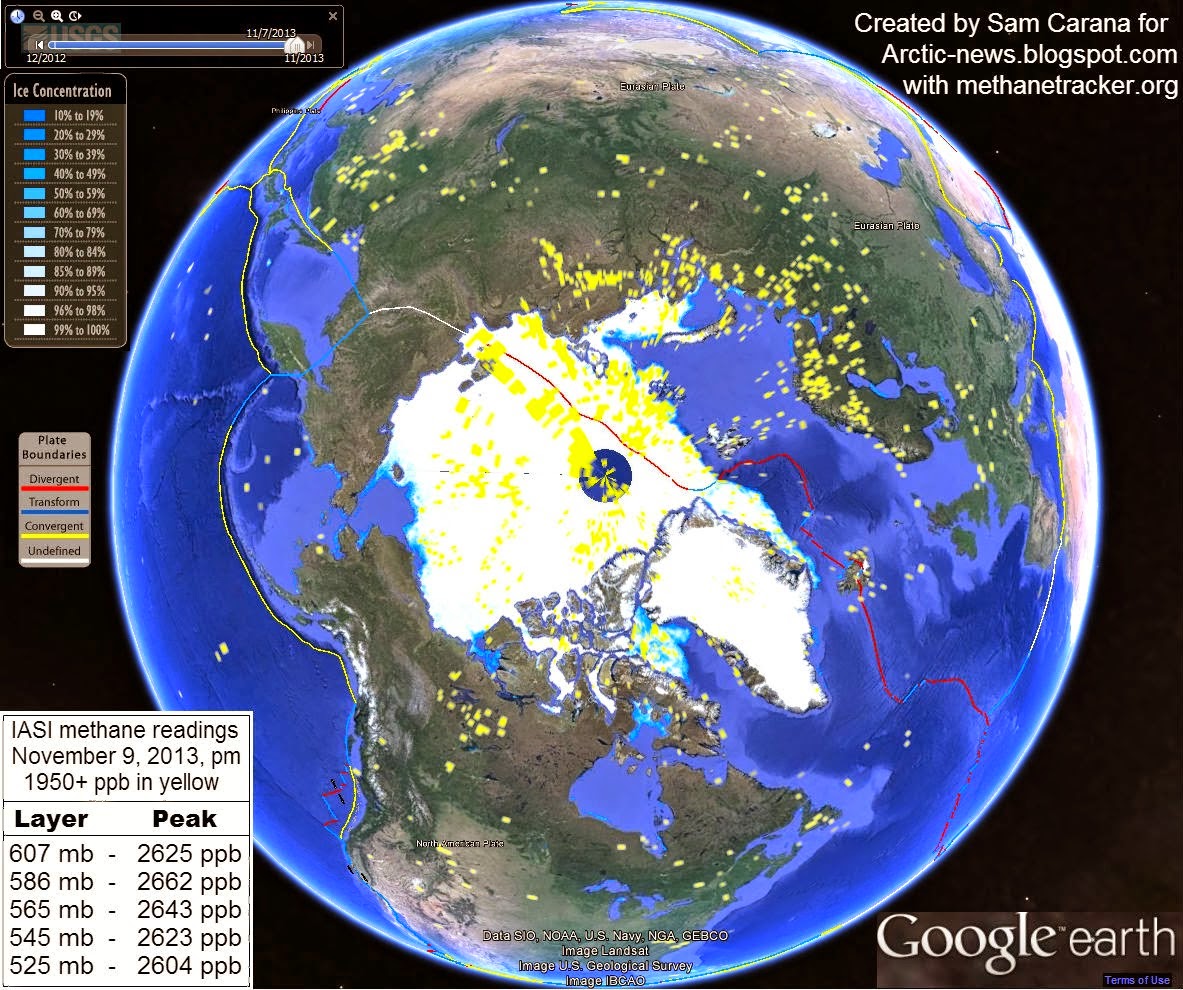 This year, there is even more ocean heat present, especially in the north Atlantic and the north Pacific. On September 29, 2014, methane levels as high as 2641 parts per billion were recorded and it looks like worse is yet to come. 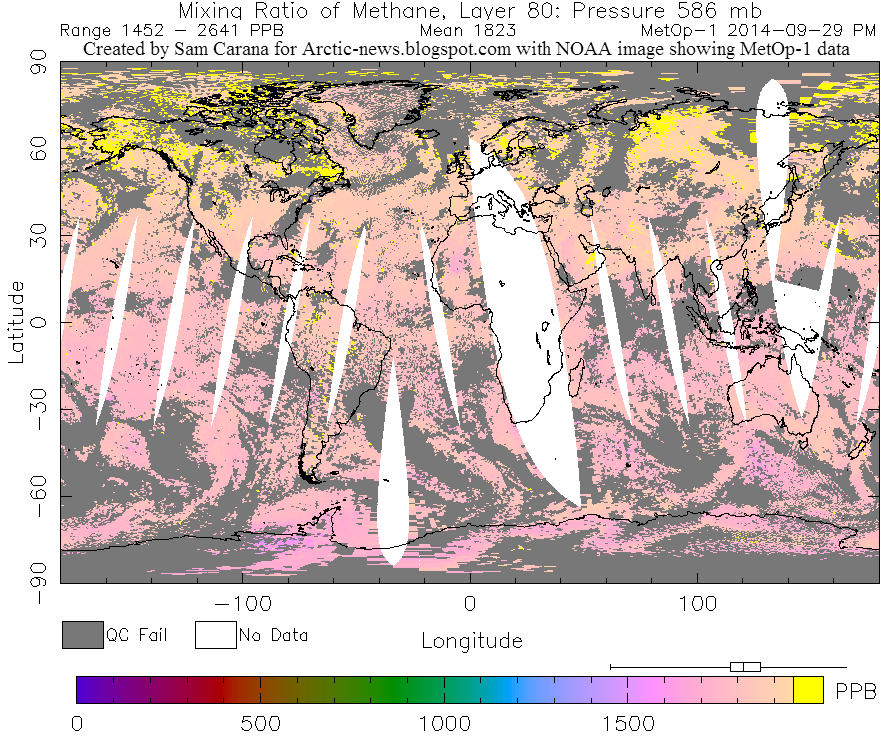 The video below, Sea floor methane hydrate climate hazard, is an extract produced by Peter Carter from a presentation by Miriam Kastner, uploaded 7 August 2008 at Youtube.