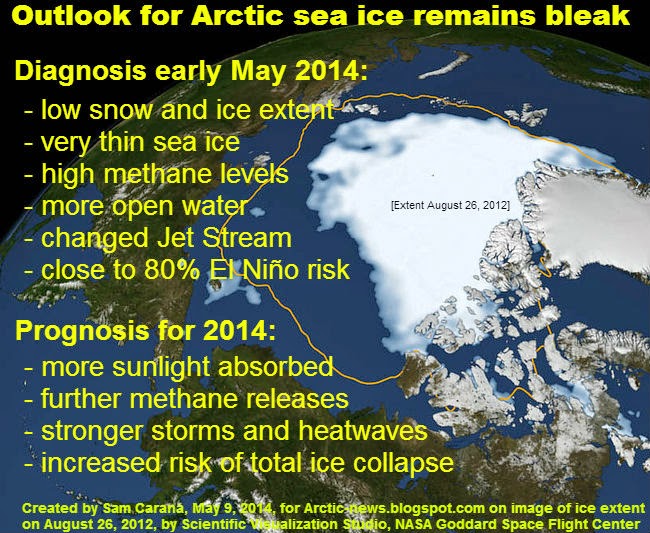 In April 2014, Arctic sea ice reached its annual maximum volume. It was the second lowest on record, according to calculations by the Pan-Arctic Ice Ocean Modeling and Assimilation System (PIOMAS) at the Polar Science Center. The ice volume in March 2014 also was the second lowest on record, as discussed in an earlier post. The fall in volume over the years is illustrated in the graph below, by Wipneus. 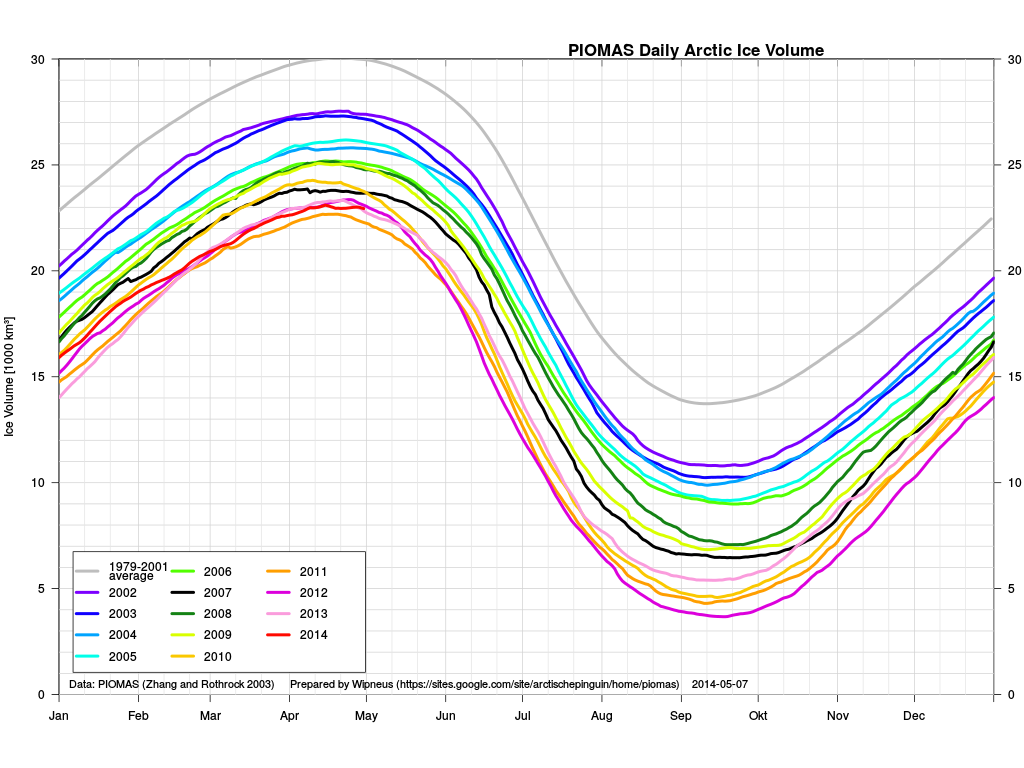 Another way of depicting the continuing fall in sea ice volume is the Arctic Death Spiral below, by Andy Lee Robinson. 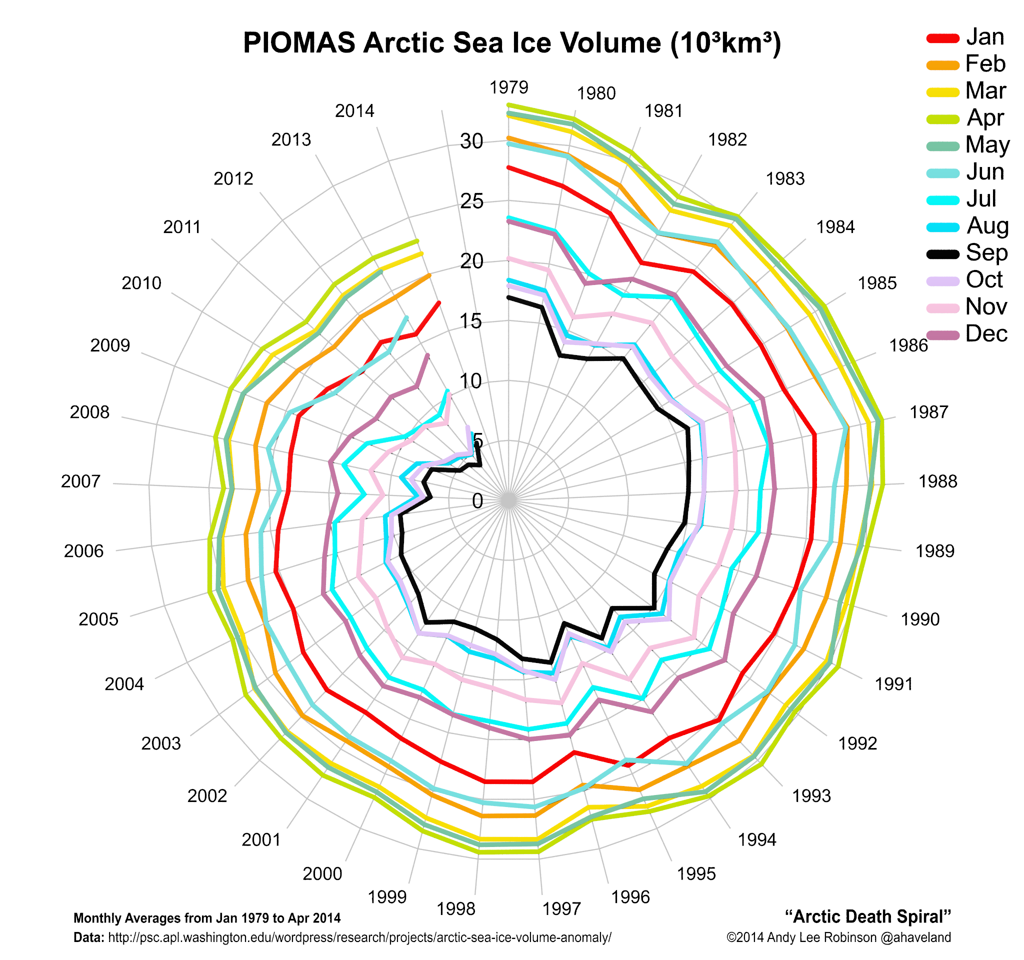 The graph below, from the Danish Metereological Institute, shows mean temperatures that have been much higher than they used to be at higher latitudes. Mean 2 m temperatures for the region north of the 80th northern parallel as a function of the day of year are shown (red line), against the 1958 - 2002 mean (green line). 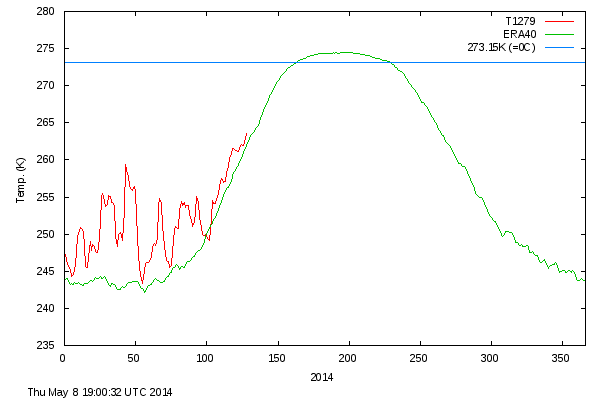 High levels of methane over the Arctic will have contributed to these high temperatures. Furthermore, the Jet Stream is changing as the difference in temperature between the Arctic and the equator decreases, causing more extreme weather events such as heatwaves and storms that could speed up the demise of snow and ice cover in the Arctic. 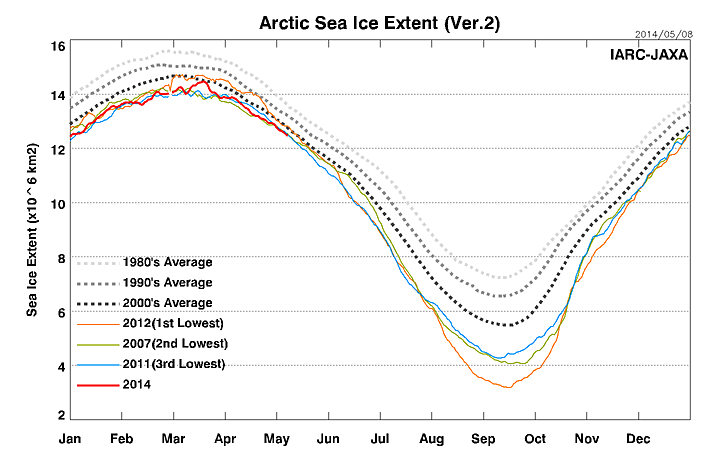 In addition, an El Niño event could cause even more ferocious heatwaves and storms to hit the Arctic. The image below, from IRI at Columbia University, shows that the chance of an El Niño event developing in the course of 2014 is close to 80%.

The outlook for the sea ice remains bleak and the possibility that a total collapse could occur in September calls for comprehensive and effective action, as discussed at the climate plan blog.