More extreme weather can be expected 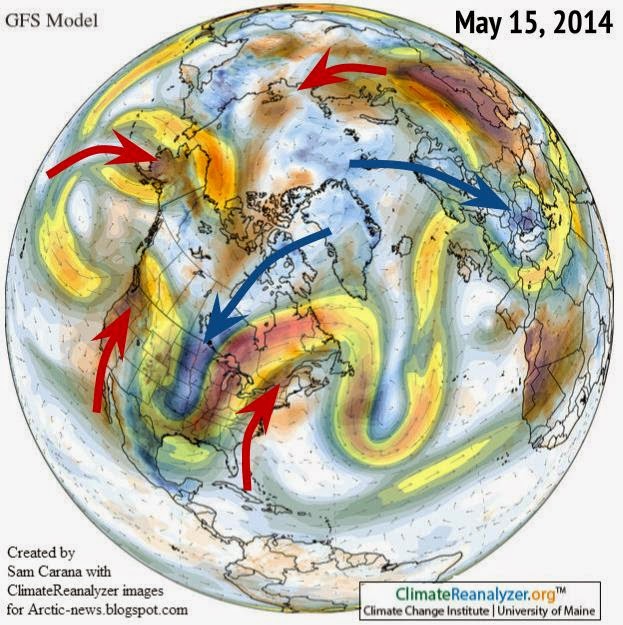 The heaviest rains and floods in 120 years have hit Serbia and Bosnia this week, Reuters and Deutsche Welle report.

The animation below shows the Jet Stream's impact on the weather. Cold temperatures have descended from the Arctic to Serbia and Bosnia in Europe and all the way down to the Gulf of Mexico in North America, while Alaska, California, and America's East Coast are hit by warm temperatures. In California, 'unprecedented' wildfires and fierce winds lead to 'firenadoes', reports CNN.

The image below shows that on May 15, 2014, the wind approaching Serbia and Bosnia at 700 hPa reached speeds of up to 120 km per hour (75 mph), as indicated by the green circle on the main image and inset. 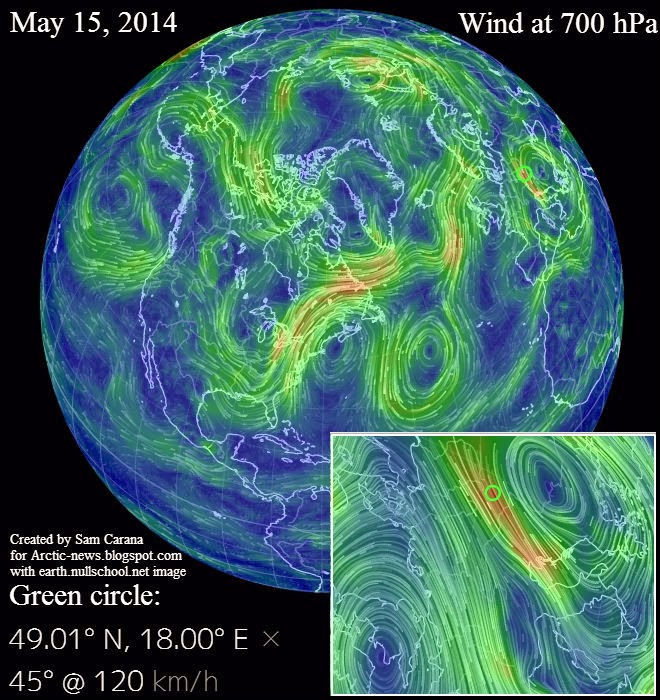 The image below, from skeptical science, shows the cyclonic spin that can be expected in a through such as the one that hit Serbia and Bosnia recently. 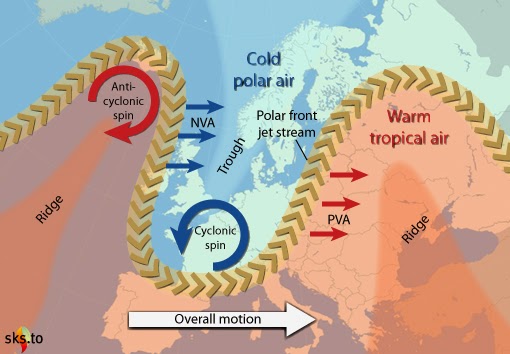 This spells bad news for many areas across the world that can be expected to be hit by more extreme weather events such as heatwaves, wildfires fuelled by stronger winds and more intense drought, storms and floods.

Heatwaves are a huge threat in the Arctic, especially when followed by storms that can cause warm surface water to mix down to the bottom of the sea and warm up sediments under the seafloor that can contain huge amounts of methane in the form of hydrates and free gas. The situation is dire and calls for comprehensive and effective action, as discussed at the Climate Plan blog.