Fires are raging again across Russia

Back in April, thousands of hectares were burning when NASA captured above image of fires in a rural area north of Omsk, a city in south central Russia near the Kazakhstan border, according to the NASA report accompanying the image.

Russia has now declared a state of emergency in several eastern regions, due to hundreds of wildfires, reports NASA.

Smoke from fires burning in Siberia can travel across the Pacific Ocean and into North America. A NASA analysis of satellite images shows that aerosols from fires took six days to reach America's shores. In certain cases they saw smoke that actually circles the globe, describes NASA.

These fires are causing a lot of emissions, including soot that can be deposited on the ice in the Arctic, resulting in more sunlight to be absorbed which will speed up the melt.

Furthermore, high temperatures in Siberia will warm up the water in rivers, causing warm water to flow into the Arctic, as illustrated by above Wikipedia image highlighting the Lena River and the August 3, 2010, satellite image below, showing warm river water heat up the Laptev Sea (degrees Celsius). 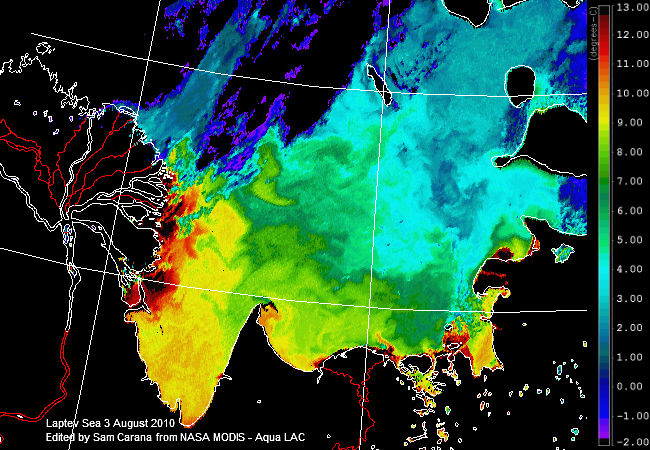 The image below was edited from a report by NOAA’s National Climatic Data Center, describing that the globally-averaged temperature for May 2012 marked the second warmest May since record keeping began in 1880.

The image below was edited from a recent NASA report describing a total of 198 fires burning across Russia. As the inset shows, the fires on the main image are part of an area where further fires are raging. 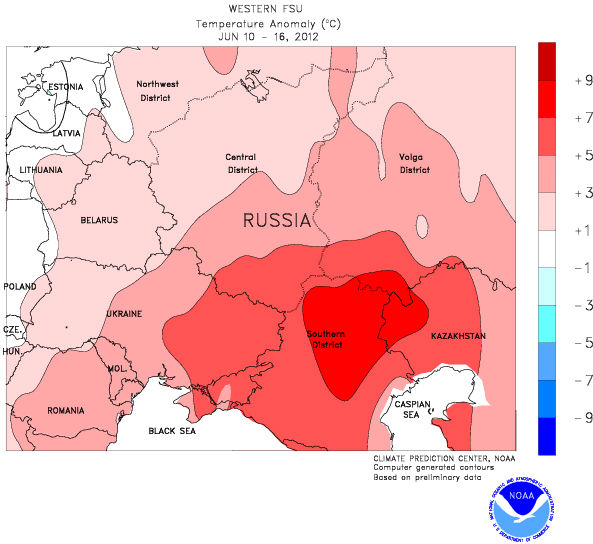 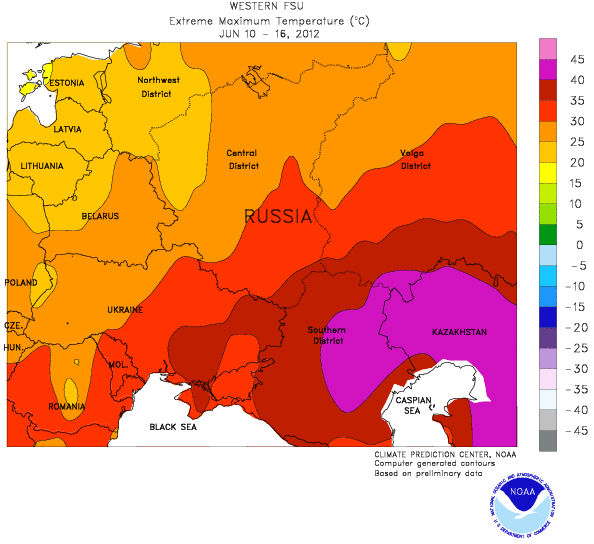 Perhaps even more worrying than high temperatures in Southern Russia are high temperature anomalies in Northern Siberia, some of which were in the 16-18 degrees Celsius range for the week from June 10-16th, 2012 (see NOAA image below). 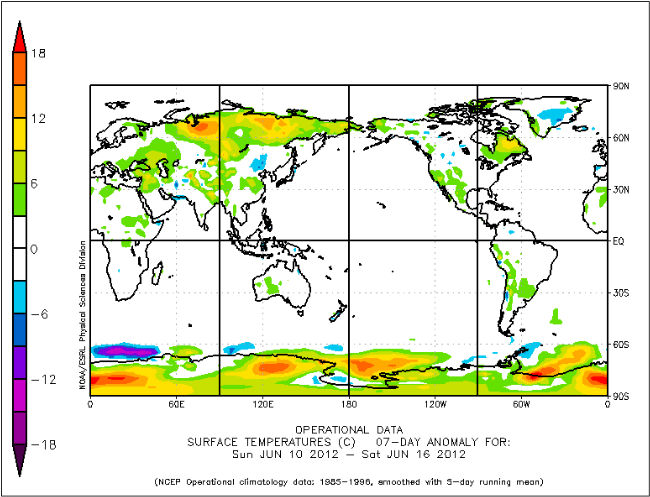