As Neven adds, 2012 has over half a million of square kilometres less ice than record minimum years 2007 and 2011. 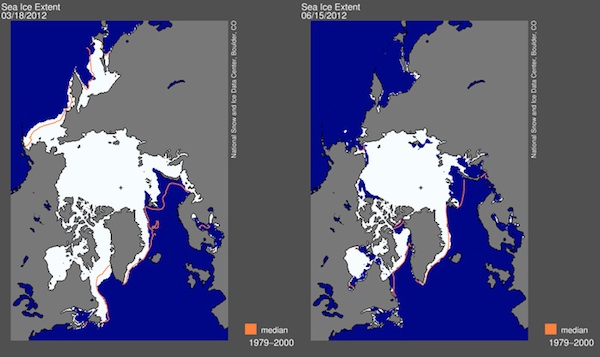 In above image, from the National Snow and Ice Data Center (NSIDC), Neven compares sea ice extent in March 2012 and June 2012, illustrating how much sea ice has disappeared within the past three months.

Note the difference between sea ice extent and area, as described in te NSIDC FAQ page:

I like to add an image that I made some time ago: 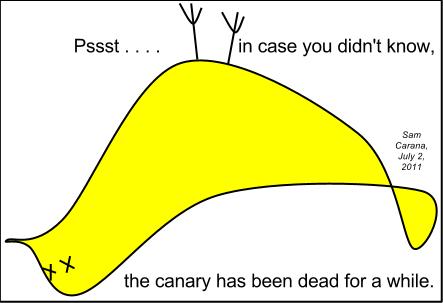