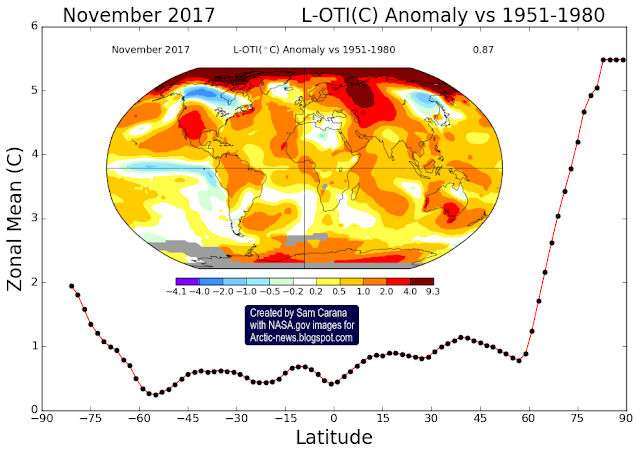 On the image below, cyclonic winds on December 21, 2017, are visible near the Philippines and Vietnam. Near the Philippines, 3-hour precipitation accumulation was as high as 121.6 mm or 4.79 in (at green circle). As a BBC report describes, Tropical Storm Tembin made landfall in the southern Philippines on December 22, 2017, causing flash flooding and mudslides. More than 180 people are reported to have been killed, as the tropical storm swept through Mindanao island, with dozens more missing.

A week earlier, Tropical Storm Kai-Tak hit the central Philippines, killing dozens. The region is still recovering from Typhoon Haiyan, which killed more than 5,000 people and affected millions in 2013. 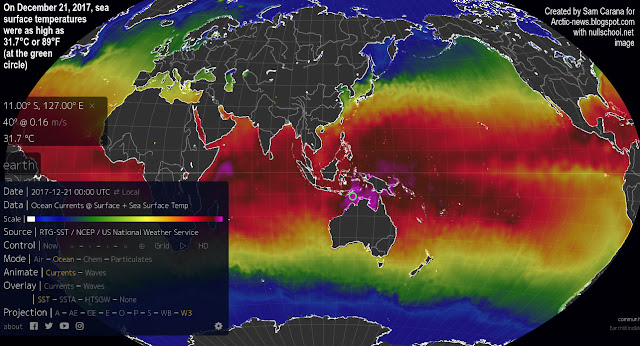 As above image also shows, the sea surface was relatively cold at locations indicative for El Niño (depicted as four El Niño regions on the right).

The image below shows El Niño forecast plumes indicating that we're currently in a La Niña period, and that temperatures are on the rise.

In conclusion, just like the rise in temperatures is currently masked by a La Niña period, the return to a new El Niño period will further strengthen the rise. 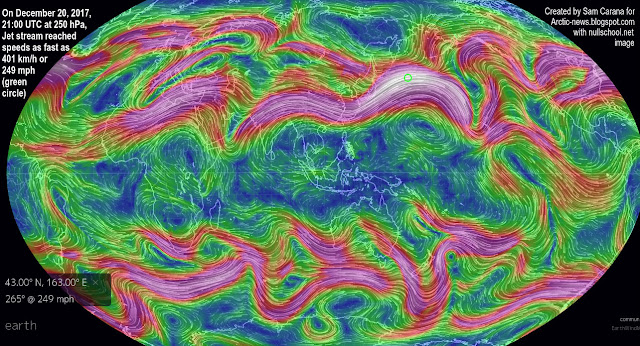 This strengthening of winds is what can be expected in a warmer world. Above image shows a wavy Northern Polar Jet Stream combine with the Northern Subtropical Jet Stream to reach speeds as high as 401 km/h or 249 mph.

As the jet stream becomes more wavy and extends over the Arctic, more warm air and water gets carried into the Arctic, further speeding up warming, as also discussed at The Arctic is changing the Jet Stream - Why This Is Important.

The importance of Arctic warming was also discussed in the recent post Warming is accelerating. Changes to the Jet Stream can cause a lot more heat to be brought into the Arctic, through both the Bering Strait and the Fram Strait. This image below shows wind through the Bering Strait reaching speeds as high as 135 km/h or 84 mph. 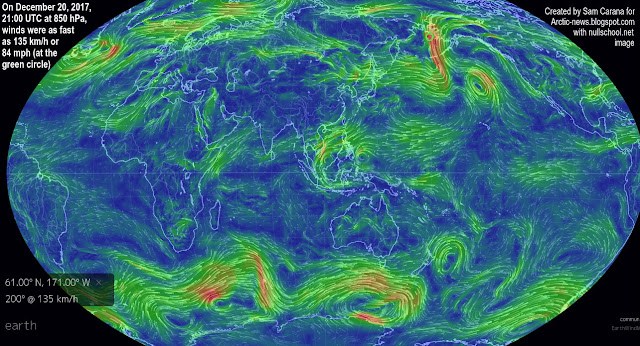 As the temperature difference between the North Pole and the Equator decreases, the Jet Stream becomes more wavy, at times extending deep over the continents and bringing cold air to the south. This further increases the (already high) temperature difference between land and ocean, further speeding up cyclonic winds that move over the oceans toward the North Pole and that carry warm water and air toward the Arctic Ocean. The image below shows a forecast for January 1, 2018. 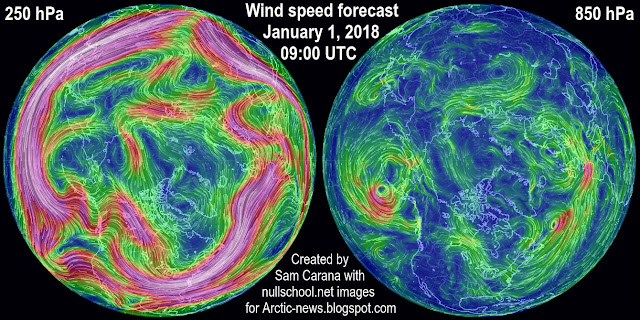 As sea ice keeps declining, ever less sunlight gets reflected back into space. The image below shows the decline in global sea ice area over the years. 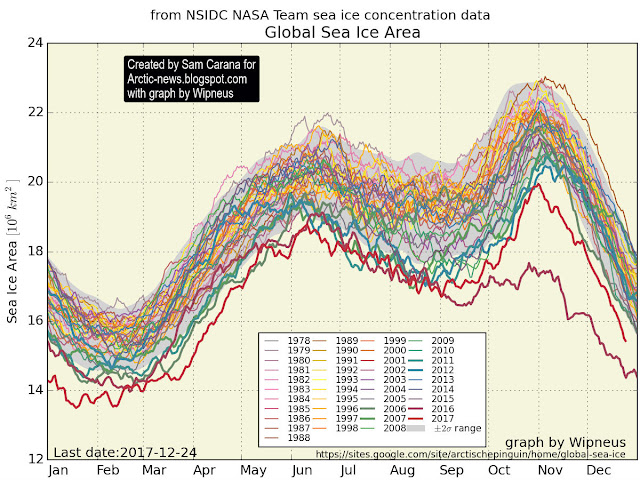 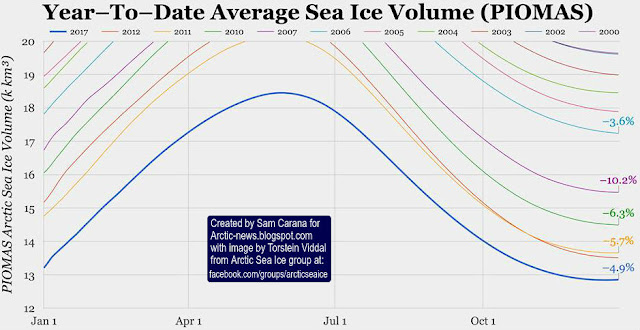 This further confirms the updated trend analysis of the NASA temperature anomaly below. 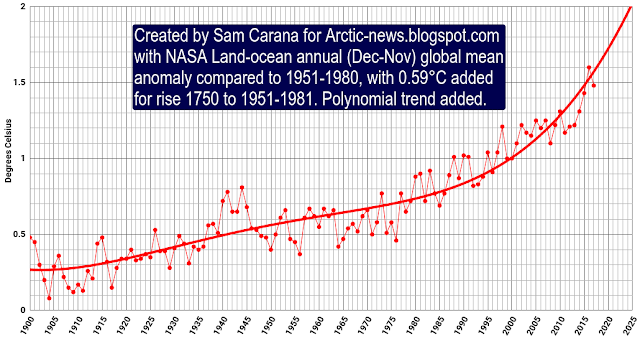