Hearings of the House Committee on Science, Space and Technology recently degenerated into a farce, as three fringe scientists were paraded next to “mainstream-scientist” Michael Mann. The Hearing turned out to have little or no intention to live up to its stated goal of examining the “scientific method and process as it relates to climate change” and instead turned into a theater to stage climate science denial.

Reports of the event confirmed the bias of mainstream media to focus on climate denial while ignoring the side of the Climate Spectrum that is sounding the alarm, as also illustrated by the image below.

Indeed, in discussions on climate change, why ignore the side of the Climate Spectrum that is sounding the alarm? Accordingly, a poll at the ArcticNews group asked: “Who would you instead like to appear in a discussion with Michael Mann?” The results are shown below: 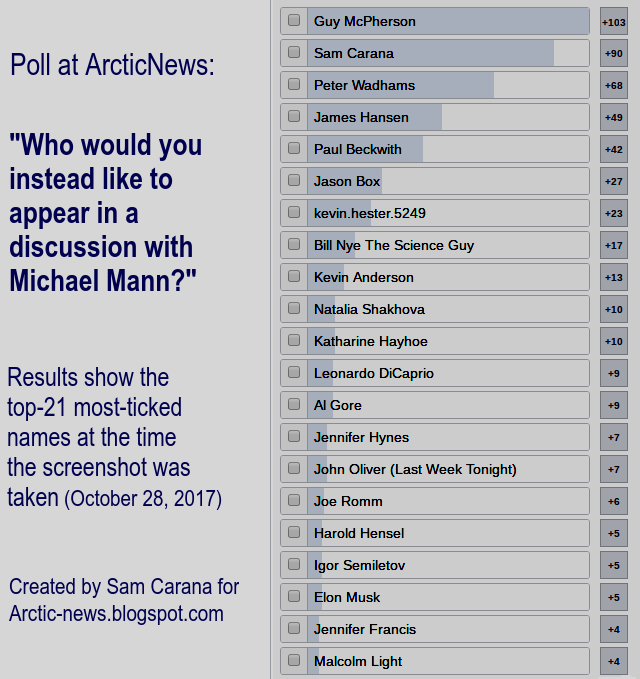 It must be said that not all media are ignoring the warnings. Some media did pick up alerts, e.g. those contained in a recent post at Arctic-news, with the RT video getting a lot of views, shares and comments on facebook and youtube. Will there be further media following these examples?