On September 8, 2016, there was hardly any sea ice left around the North Pole, as illustrated by the image below. 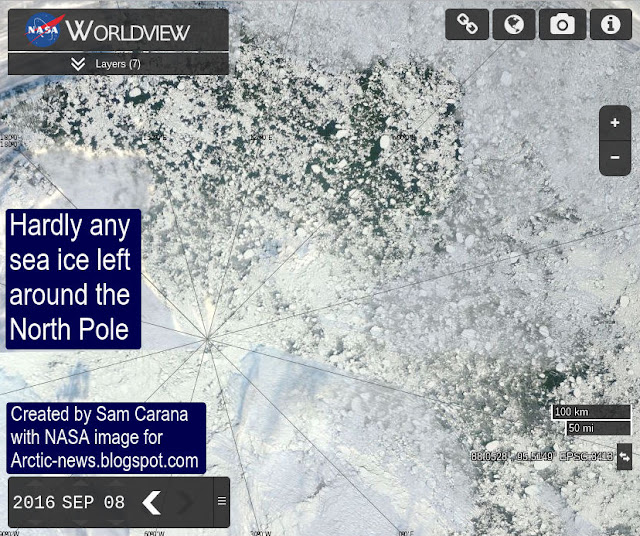 The image below, made with a screenshot from ads.nipr.ac.jp, shows that, on September 7, 2016, Arctic sea ice extent (i.e. areas with 15% ice or more) was 4.02 million square km. While this is above the minimum extent of 2012, it is less than what the minimum extent was for all other years on the image.

The image below shows extent as calculated by NSIDC.org, which is only slightly different from the above image. 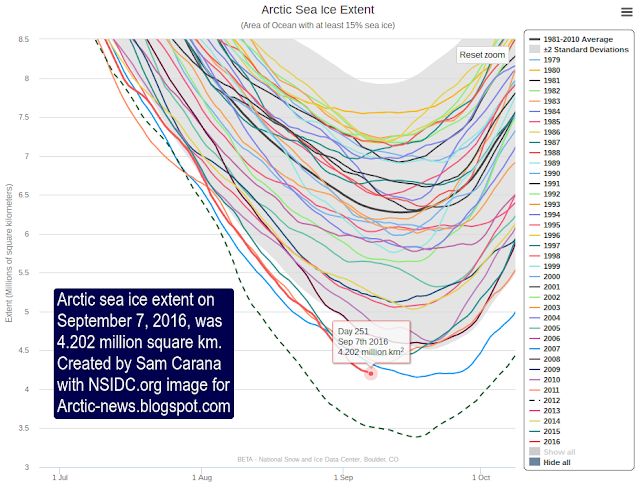 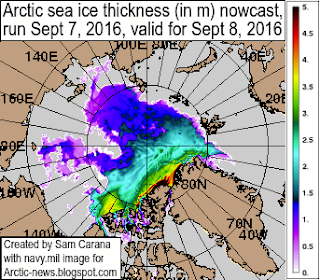 Even more frightening than sea ice extent is sea ice thickness, as illustrated by the image on the right, showing a nowcast (in m), run on September 7, 2016, and valid for September 8, 2016.

The image shows that the multi-year sea ice has now virtually disappeared and that there's virtually no buffer left to absorb ocean heat.

The image below shows sea ice thickness for the years 2012 through 2016, each time a nowcast, run on September 7 and valid for September 8 of the respective year. Note the fall in sea ice thicker than 1.5 m (light-blue, yellow and red) over the years.

The image below shows the northern tip of Greenland, where some of the thickest sea ice is present, or rather what's left of it. 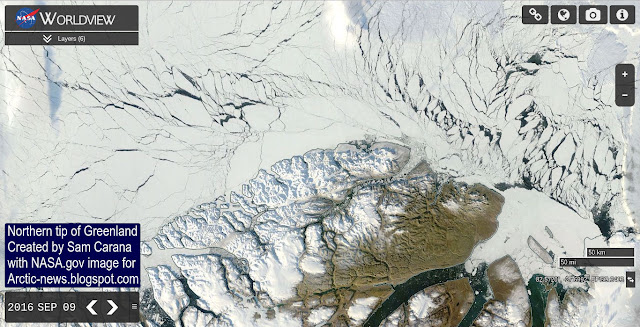 As above image shows, this thicker sea ice has become fractured into pieces. The pieces are getting pushed to the right, out of the Arctic Ocean, through Fram Strait into the Atlantic Ocean.

This is further illustrated by the animation on the right that shows this fracturing of the thicker sea ice taking place from September 4, 2016, through to September 9, 2016. 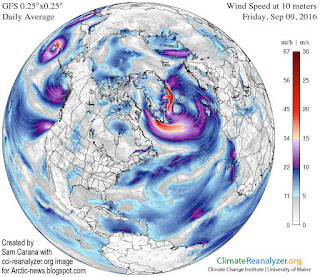 This process of fracturing and movement of the sea ice could speed up significantly due to strong winds, as illustrated by the image on the right.

Further below are Naval Research Lab animations that show the shrinking of sea ice thickness (left) and compressive strength (right) in the Beaufort Sea up to September 5, 2016, with a forecast up to September 11, 2016.


Ocean heat is a big contributor to Arctic sea ice demise. The image below, from an earlier post, shows a terrifying trend in warming of the sea surface on the Northern Hemisphere. Next to the albedo changes that come with the demise of the Arctic snow and ice cover, there is an increasing danger that heat will reach the seafloor and will destabilize methane hydrates contained in sediments at the seafloor of the Arctic Ocean. 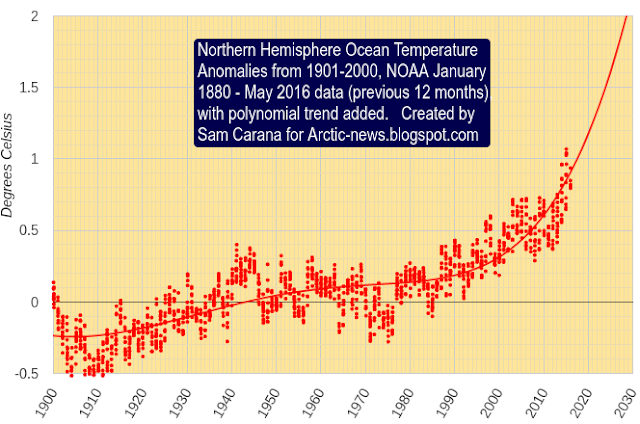 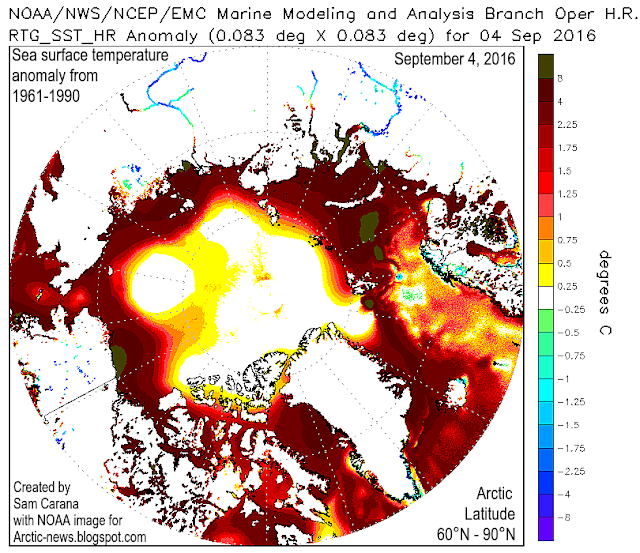 Meanwhile, the methane situation looks very threatening. The image below gives an update on the high levels recently recorded at Barrow, Alaska. 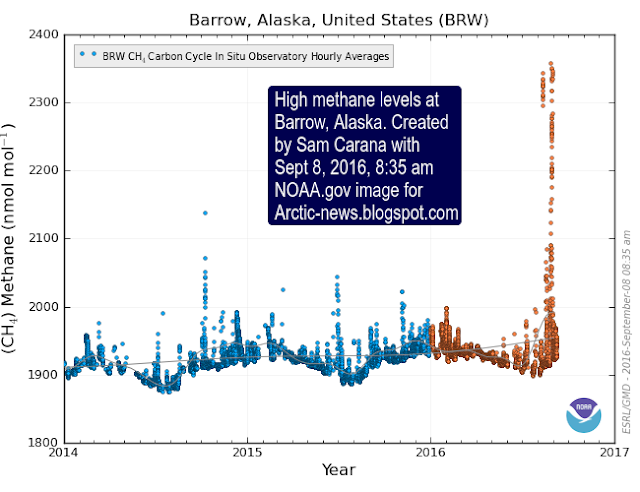