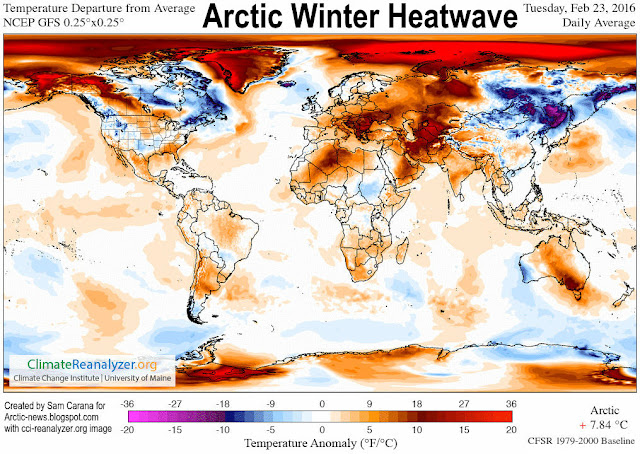 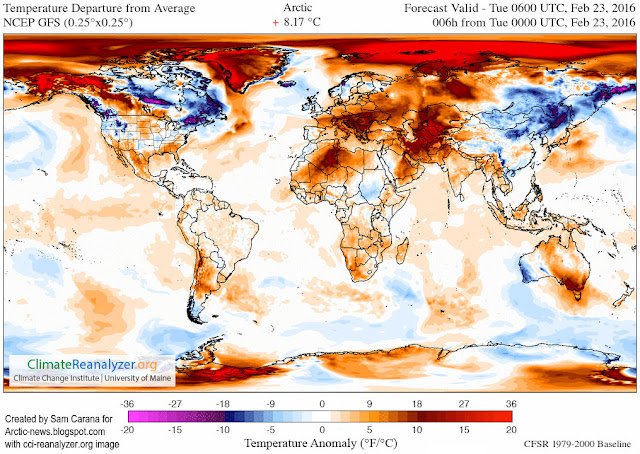 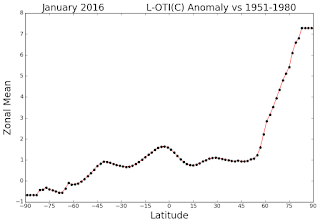 These high temperatures go hand in hand with sea ice extent that is much lower for this time of year than since records started.

As discussed in an earlier post, low sea ice extent is fueling fears that this year's maximum extent was already reached on February 9, 2016. 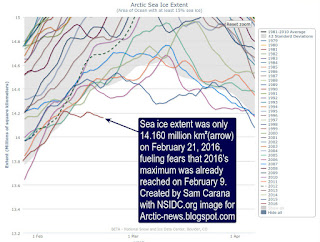 A much higher ocean temperature is behind both the low sea ice extent and the high temperature anomalies.

Ocean temperatures are particularly high where the Gulf Stream pushes water from Atlantic Ocean into the Arctic Ocean, as illustrated by the image below that compares sea surface temperature anomalies in the Arctic between the years 2015 and 2016 for February 22nd. 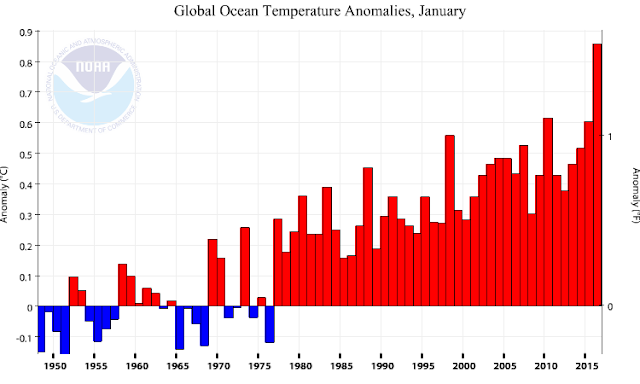 ARCTIC WINTER HEATWAVE The Arctic is experiencing a heatwave in winter, with temperature anomalies on February 23,...
Posted by Sam Carana on Tuesday, February 23, 2016