Record levels of greenhouse gases in the Arctic

Carbon dioxide levels are at an all time high. The image below, with hourly averages, shows recent measurements that are well over 396 ppm. Formal figure for the week started April 22, 2012, is 396.61 ppm at Mauna Loa, Hawaii. 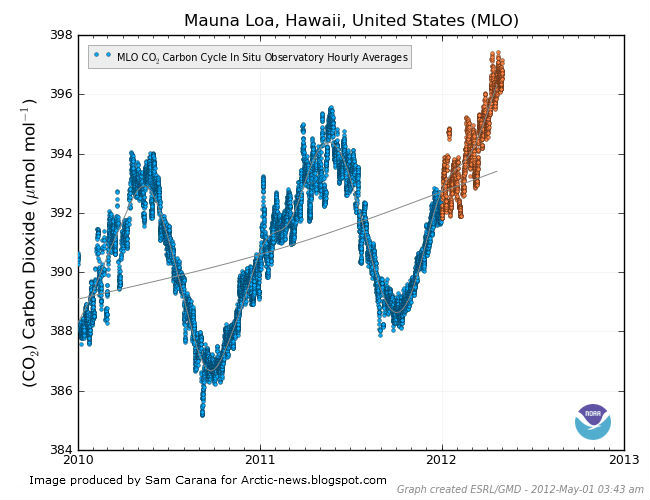 The image below shows the atmospheric increase of CO2 over 280 ppm in weekly averages of CO2 observed at Mauna Loa. The preindustrial value of 280 ppm is close to the average of CO2 between 1000 and 1800 in an ice core from Law Dome, Antarctica. For comparison with pre-industrial times the Mauna Loa weekly data have been first deseasonalized by subtracting the observed average seasonal cycle, and then subtracting 280 ppm. 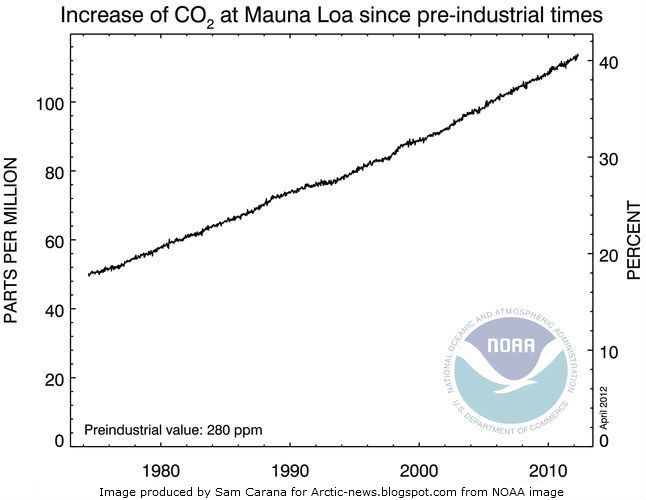 The image below shows the results for carbon dioxide global monthly averages for the period 1979-2010. The axis on the left shows the radiative forcing in Watts per square meter, relative to 1750, due to carbon dioxide alone since 1979. 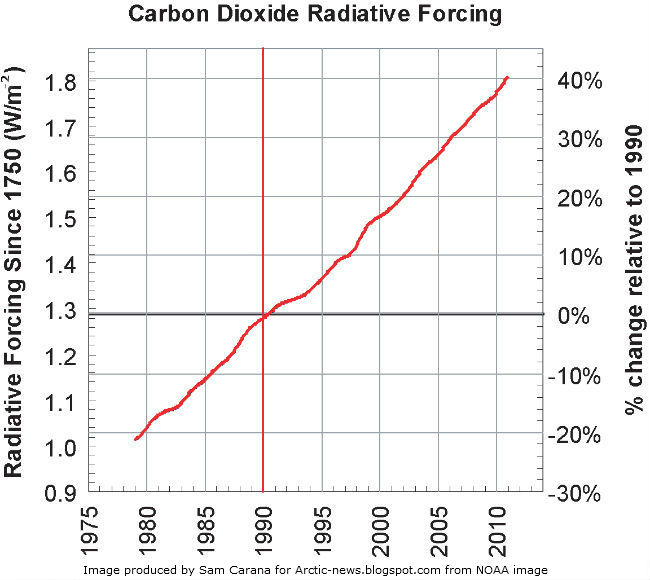 The situation is even worse in the Arctic, where carbon dioxide levels can reach values over 400 ppm, as illustrated by the image below showing carbon dioxide measurements at Barrow, Alaska. 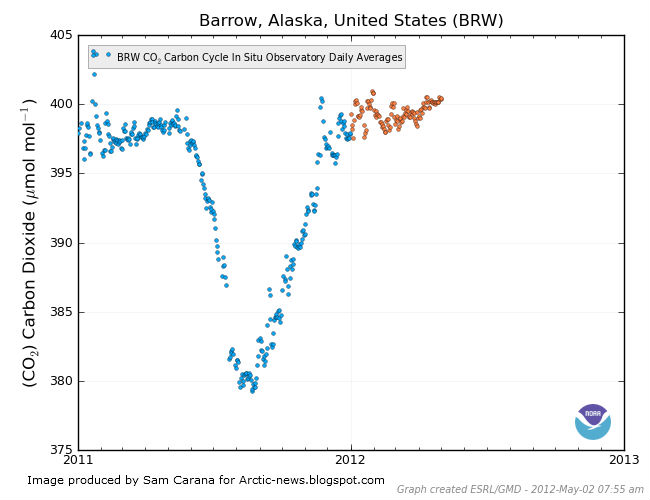 Apart from carbon dioxide, there are further forcers such as methane. The image below shows methane levels at Mauna Loa, Hawaii. 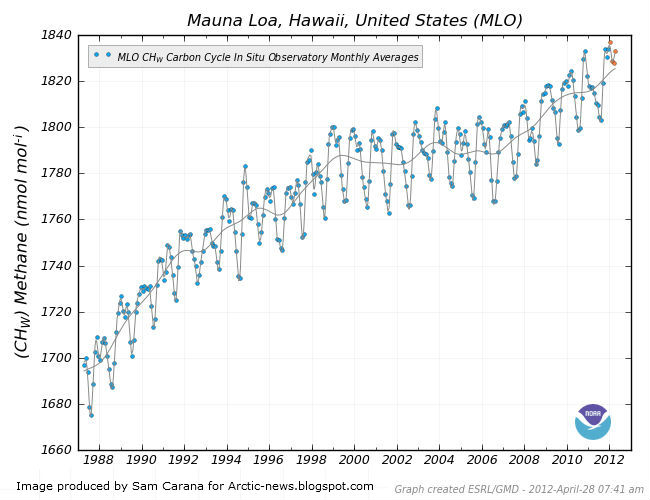 Methane levels are again higher in the Arctic, as illustrated by the image below showing methane levels at Barrow, Alaska, of well over 1900 ppb. 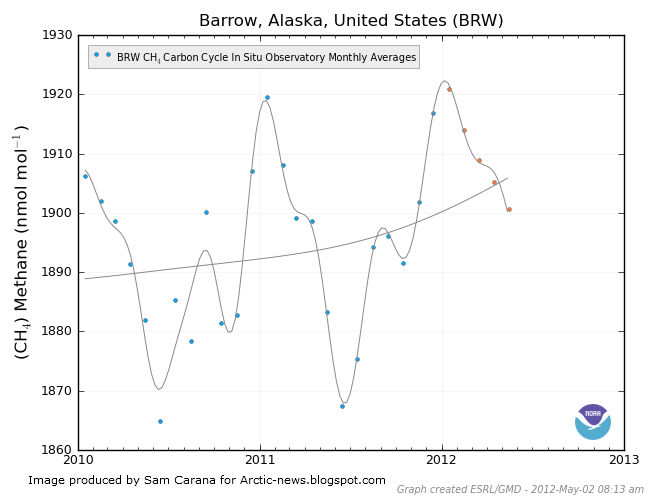 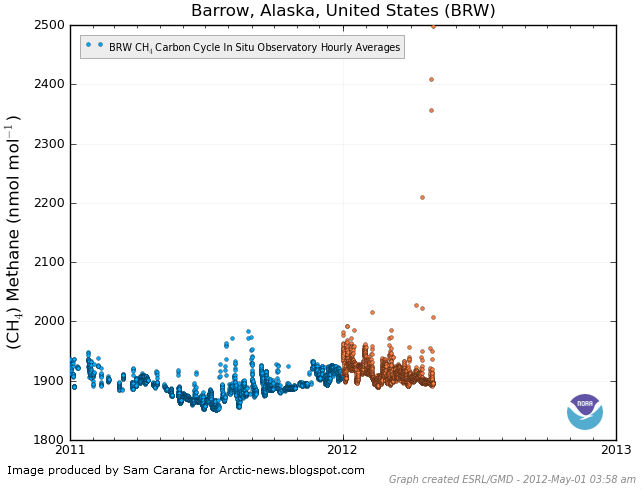 The fact that such high levels occur is alarming. The danger is that radiative forcing will be extremely high in summer in the Arctic, due to high levels of greenhouse gases and other emissions, which will speed up the loss of sea ice, resulting in even further warming that increases the danger that large amounts of methane will be released from hydrates and from free gas in sediments under the water.  This danger is further increased by the many feedbacks, as depicted in the Diagram of Doom.